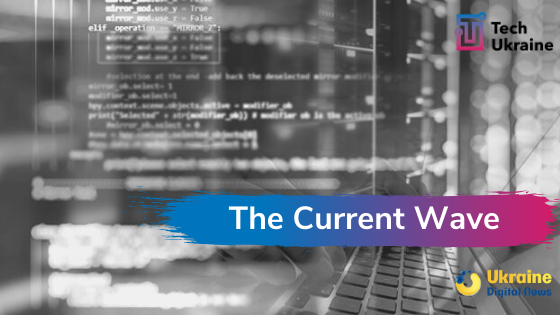 This series of articles shows how tech entrepreneurs living or born in Ukraine explore their motivations and dreams and also the many obstacles they face, striving to shape new products and services worldwide. A continuation of Part 4 of this series, the innovators in this group established their global companies and still manage and continue to grow them to this day. These “cultivators” faced many challenges taking their products to the US market and elsewhere outside Ukraine, but have experienced great success as they focused on long-term growth. These profiles of young risk-takers highlight their efforts to succeed on a global stage despite the odds stacked against them.

Ukrainians and Ukraine-born entrepreneurs are launching very successful global technology companies in greater numbers each year. Here are profiles of three who are changing the game in AI for CRM, cybersecurity, and home energy management.

Oleg Rogynskyy was born in Dnipro, Ukraine, and his early education prepared him for a career abroad. “I was lucky to end up in an English-focused high school that showed me the possibility of studying abroad at foreign universities,” said Oleg. He spent his last year of high school in the UK and later attended Boston University.

He received his degree in 2007, but could not get an H1-B visa to stay in the U. S. So he went to Montreal, Canada, where he found his first job as a salesman with a local startup, Nstein Technologies. Nstein was one of the first machine learning companies to help business centralize, understand, and manage content through semantic and text analysis.

Rogynskyy’s next job (performed remotely from Montreal) was with Boston-based Lexalytics. The company developed the premiere sentiment analysis software to determine if a piece of text was positive or negative and why. Oleg left his job in 2011 to launch his own bootstrapped startup, Semantria, which offered a less expensive and easier-to-use version of sentiment analysis software. Lexalytics later bought the software in 2014 at a price under $10 million.

Lexalytics asked Rogynsykyy to move to Silicon Valley to represent them with such major customers as Salesforce. com. Oleg continued to think about starting a new company. “I realized there is a business to be built around taking kind of a static system of intelligence, a system of record, which is Salesforce. com, and turning it into something that dramatically aggregates all of the information and context from all the activities of all the participants of the business process.” He founded People.ai in 2016 to do just that.

Since then, People.ai has become a very successful company with offices in San Francisco, Los Angeles and Kyiv, Ukraine, and has more than 60 enterprise customers. To date, the company has raised $37 million in funding with the latest Series B round in 2018 led by the top Silicon Valley venture capital firm Andreessen Horowitz. Semil Shah, who was a venture partner at Lightspeed Venture Partners, which led an earlier Series A investment round in People.ai, said: “Oleg is simply one of the most driven, most aggressive, most focused founders I’ve had the pleasure of backing.”

And what is Rogynskyy’s advice to Ukrainian tech entrepreneurs? “Know your customer. Ask the hard questions. Consultative value solution selling is where it’s at.”

You can listen to an interview with Oleg Rogynskyy here.

Oleg Naumenko, CEO and a founder of Hideez

Strictly speaking, Oleg Naumenko is not new to the world of tech entrepreneurship. The Ukrainian engineer founded the very successful PocketBook International company in Kyiv, Ukraine, in 2007 to produce e-book readers based on E Ink technology. Under his leadership, PocketBook became the third largest global manufacturer of E Ink devices after Amazon and Sony.

After he sold his share of PocketBook and left the company in 2012, Oleg focused on an entirely different field—cybersecurity. He entered this field after experiencing a personal security crisis with a hacked password manager that led to his loss of credentials for different services and money from his bank card. In 2015, he and two other Ukrainians, Andriy Konkov and Denis Zaliznyak, founded Hideez. Initially, the company entered the B2C market with its new product, Hideez Key, which is a device that can be attached to a key ring and safely store up to 1,000 user passwords for locking and unlocking electronic gear. The consumer product is sold through Amazon. com and the company’s own web site.

Oleg redirected the company’s market strategy to the B2B market in 2017 after participating in two key tech startup programs: the US Department of Commerce SABIT IT internship program and the Mach37 cybersecurity seed accelerator in Virginia. Today, Hideez has two major cybersecurity pilot tests with ArchCare in New York (healthcare industry) and R-Lay Srl (IT services) in Brescia, Italy. In both pilots, the clients are testing the new model Hideez Key for special use cases with its unique two-step authentication technology. Naumenko hopes to do a major product rollout of their cybersecurity solutions for U. S. healthcare providers to help them meet HIPAA compliance for safeguarding electronic protected health information.

Hideez has offices in Kyiv, Ukraine, and Reston, Va. Oleg points out that one of the major challenges for him in the U. S. B2B market has been establishing trust. “Most of our US customers ask about our Hideez Key product production, which now takes place in China. We are hoping to shift our production to the U. S. by the end of 2019,” says Naumenko.

And what advice does he have for Ukrainian tech startups that want to enter the U. S. market? “There is a lot of opportunity, especially in cybersecurity. And there are many programs to help gain experience working in the U. S. The U. S. Commerce Department has one and so does CRDF (Global).”

Oleg Naumenko’s working experience with PocketBook and Hideez clearly shows that for a Ukrainian entrepreneur having good technology and an innovative product idea is just not enough. An entrepreneur’s ability to carve out a niche in the global market is critical for success.

You can listen to a recent podcast interview with Oleg here.

Home energy management (HEM) is driven by technologies and services that are used to better control home energy consumption. It is a major global growth opportunity and its market is expected to reach $3 billion by 2023. Ivan Pasichnyk and his company Ecoisme hope to be major players in HEM.

Together with his partners Alexander Diatlov and Anton Diatlov, Pasichnyk founded Ecoisme in 2016. Their product is a smart energy-monitoring sensor that provides a complete overview of a customer’s home energy usage and electrical appliance activity.

Failure is not new for Pasichnyk. In 2016, Ecoisme made an agreement with the Dubai Electricity and Water Authority (DEWA) for an eight-month pilot project to improve energy efficiency in the emirate. Although he had a successful pilot, no final investment deal happened. In 2017, he spent much of the year in the U. S. looking for large investors. Ivan was completely unsuccessful there as well. “I didn’t understand the U. S. market when I came,” he said. “Our biggest competitor in the U. S. market, Sense, had already raised about $30 million in funds. When we went to potential investor meetings, it was difficult to explain how we were better than Sense since we only had a prototype.” Despite these major setbacks, Pasichnyk persevered and decided to refocus on the EU and the UK markets in 2018.

Today, Ecoisme is headquartered in the UK with R&D in Kyiv, Ukraine. Ivan has raised more than $600,000 and his investors include Deutsche Telekom, Liberty Global, and Techstars. The company has generated more than $150,000 in pre-orders for its energy monitor in the UK and is on the road to success. Pasichnyk advises young Ukrainian entrepreneurs that they must be “close to their customers”. “You must go and be in your market from day one.” And, following Ivan’s example, they must learn from their failures, adapt and move forward toward their goal. Accepting defeat is not an option.

You can read a Dec. 2018 UADN profile of Ecoisme here. And, you can listen to a podcast interview with Pasichnyk here. 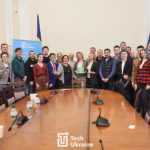 Winners of the Startup-in-Residence DemoDay 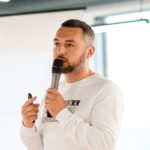 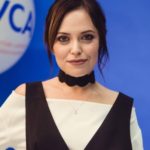 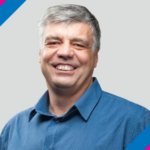 “We choose to support other local businesses and be a part of their success story”, – Sergiy Fitsak, Softjourn, Inc