Report: Ukraine-born startups raised more than half a billion USD in 2019 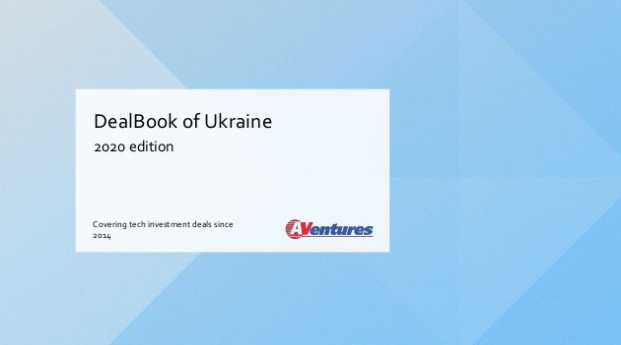 In 2019, the VC/PE funding volume for Ukrainian and Ukrainian-founded tech startups reached $544 million (up from $323 million in 2018 and $265 million in 2017), says AVentures Capital’s latest industry report, “DealBook of Ukraine.”

The performance was mostly due to a few large rounds involving companies with Ukrainian roots having established their headquartered in the USA. These companies are:

A series of globally-successful Ukrainian (or Ukrainian-founded) companies attracted the interest of strategic players, international buy-out funds, and generate returns for early backers. Among the exit deals highlighted in the report are:

Early stage (seed and Series-A deals) accounted for only $46 million, according to the report, which notes that “access to early-stage capital remains a challenge.”

The role of Ukrainian funds remains modest, notes the report. “While most Ukrainian investors get involved only in seed-stage rounds, few participate in Series A deals. Thus, the better part of Series A funding comes from international investors. Ukraine-born companies typically build a physical presence in their target markets (USA/EU) and raise Series A-C there.”

What’s more, Ukrainian funds tended to invest less in 2019 than in previous years, “as most of them were waiting to raise a second fund, having distributed their first one.”

Thus, last year’s evolutions confirms the dual dimension of the Ukrainian market. On the one hand, Ukraine continues to generate globally-successful tech startups, which manage to raise impressive amounts after moving their main office to their target markets – essentially the USA and Western Europe – while maintaining R&D capacities in their country of origin.

But, on the other hand, investment volumes in purely domestic terms (if excluding Ukrainian startups having moved abroad) remain very low: they range in dozens, not hundreds, of millions of US dollars per year.

This duality does not characterize only Ukraine: it is a challenge in many countries across Central and Eastern Europe (CEE). In spite of recent achievements in terms of ecosystem development, these countries still fail to provide their native startup entrepreneurs with sufficient reasons to stay in their home country once they have reached a certain level of development.

M&As in the software development industry

AVentures Capital’s Dealbook pays due attention to mergers and acquisitions in the field of software development. A series of deals took place in this thriving industry last year, reflecting “a global consolidation trend among software development outsourcing companies,” according to the report.

AVentures Capital’s DealBook has been published every year since 2016, with participation from Ukraine Digital News. The report covers only the deals which were announced publicly.

Adrien Henni is chief editor at East-West Digital News. With nearly 20 years of experience in the high-tech and venture businesses in France and Eastern Europe, he advises a variety of startups, investors and other organizations. He is a regular contributor to industry publications and speaks at conferences in Western and Eastern Europe, Asia, and America. Follow Adrien on Twitter @adrien7105

Ukraine Digital News (UADN) is the first English language international information platform dedicated to the Ukrainian digital and IT industries.