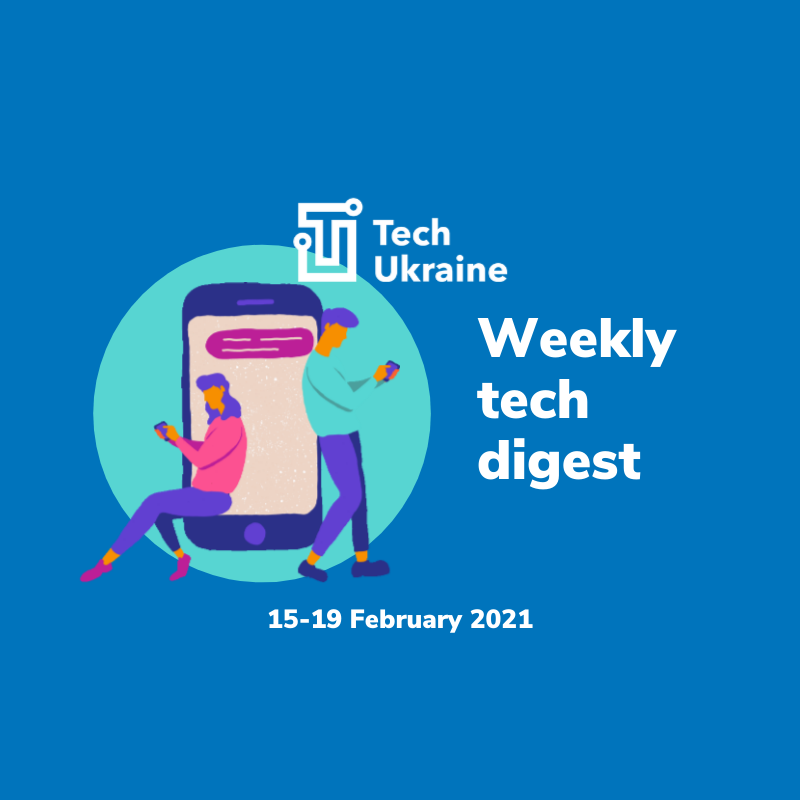 The Ministry of Digital Transformation of Ukraine has launched cooperation with INTELMAX Management Consulting (UAE), which is developing a platform for the exchange of intellectual property based on the Fantom blockchain, plans to open a representative office in Ukraine – read

Ukrainian airSlate (ex-PDFiller), a leader in no-code business automation solutions, announced it has received $50 million in debt financing from Silicon Valley Bank for a total of $130 million in capital raised to date – read

Online community for crafters with office in Ukraine raises €18.2M to expand into new craft categories, geographies. It has over 1m customers in 200 countries; 140 staff in London, Kyiv and New York – read

Ukrainian software company ABM Cloud, provides the development and integration of cloud-based solutions for improving business productivity, attracted a new round of investments by QPDigital. The amount was not disclosed – read

According to the BRDO Report, based on NBU data, Ukraine’s export of IT services exceeded $5 billion for the first time, as well as exports of transport services and mineral products according to the NBU data on external accounts and foreign trade. IT industry exports increased by $853 million, or more than 20% per year. Thus, the share of computer services in total exports reached 8.3% – read

Ukraine has preliminarily selected the American company SpaceX of Elon Musk to launch the Sich 2-30 (2-1). It requires final analysis and operational checks of technical readiness for launch,” he explained – read

Lviv R&D center develops screens for Tesla and USB-ports for Apple. The story of Lviv based R&D center founded by the scientist of the Lviv Polytechnic National University Viktor Kremen after he had won the contest developing the device on the Cypress Semiconductor – read

Tech StartUp School, Lviv Polytechnic, several private corporations – SoftServe, Gal-Kat with the support of public authorities launched the SID City –  the Global Innovation Center of Eastern Europe, a place where there is every opportunity for the creation of innovative, scientific and business projects – read

The Verkhovna Rada of Ukraine supported the amendments to the Law of Ukraine “On Road Traffic” which allows the use of digital driver’s license, vehicle registration certificate, and car insurance in Diia (Action) app along with paper documents – read

Guideline on IP for Ukrainian IT companies by UNIT.City, TISC, Ukrpatent – read

Analysis of IT education in Ukrainian universities by BRDO – read

Salaries of Ukrainian IT specialists by AIN – read