For the first time in Ukraine a documentary series “Naukovytsi” about women in science was created.

A documentary series of four videos on female scientists were created by the Ukrainian non-profit organisation INSCIENCE, which popularized science in Ukraine and increases its value for society, business, and the state. The videos showcase stories of Ukrainian women scientists and inspire schoolgirls to enter STEM specialties and develop a scientist’s career.

“Naukovitsy” is a short road-movie about the world of science: from neuroscience to research of whales and study of internal waves of the ocean, from Kyiv to Antarctica (note: in Ukrainian language the word “naukovitsy” is a feminine of the word “scientist”)

Only 23% of female university applicants choose STEM professions in Ukraine, according to CEDOS analytical center. One of the reasons is that girls do not see enough role models to follow in science and science entrepreneurship.

‘Ukrainian scientists are real superheroines of our time. In these series of videos, we wanted to showcase their personal and professional stories. We want to show the world what it is like to grow ‘small brains’ in a lab to study genetic diseases, or live for 18 months on a station in Antarctica and watch whales and seals. Everyone should watch these video stories to see how difficult  and yet extremely important and exciting the work of Ukrainian female scientists is,” explains Anna Orekhova, co-founder and a partner of INSCIENCE. 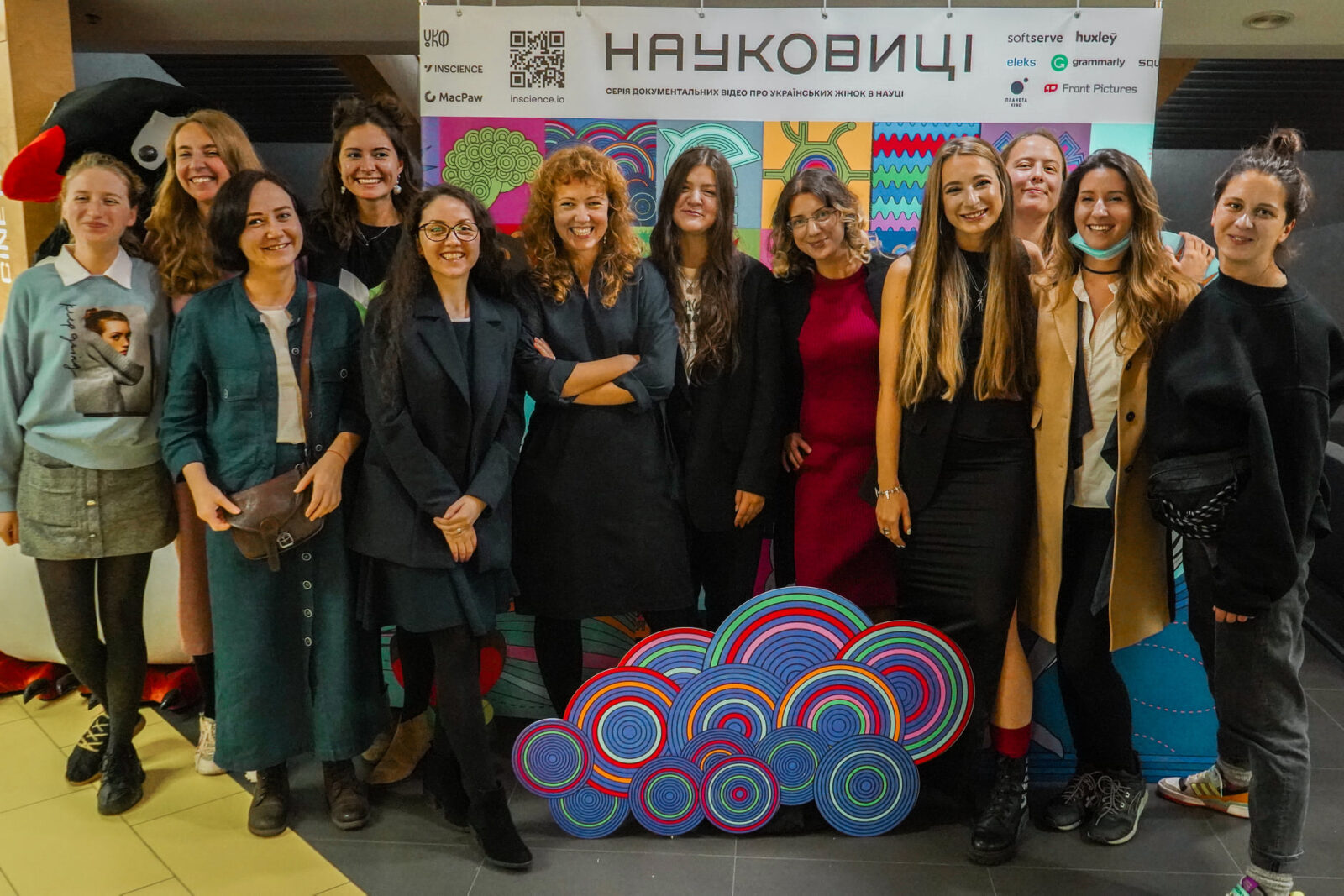 “What is it like to fall in love with science when you are 15? What does it mean to be at a crossroads when mostly men write a story about science? One of the protagonists in the videos is a schoolgirl named Masha, who studies neuroscience, mathematics, zoology and biology. She also talks about stereotypes, a glass ceiling and what  it is like when girls rock in science. Her role models are Vira, Marina, Oksana and Katia, Ukrainian female scientists, researchers and PhD. ‘Naukovytsi’ is a conversation with an older sister who proves with her own example: ‘you will succeed’. When you are 15, you really need that kind of  older sister’ – says film director Yulia Kochetova.

The heroines of the film:

The video series is directed by photographer and documentary filmmaker Yulia Kochetova. She covered the events of the Revolution of Dignity, the annexation of Crimea and the war in Donbas. She directed ‘See you soon’ (2016), ‘Between’ (2017), ‘While you are all with me’ (2019), ‘A Ukrainian Love Story’ (2019). Her films won awards at film festivals in Ukraine, Belarus, France, Georgia, Estonia and Brazil. The camerawoman is Kristina Lizogub; her documentary film ‘School No. 3’  won the Grand Prix of the Berlinale in 2017.

Documentary videos are planned to be shown in Ukrainian schools in Kyiv and other regions of Ukraine, as well as in cultural centres abroad. During October, citylights and billboards with Ukrainian scientists can be seen on the streets of Kyiv. In addition, there are meetings of scientists with schoolgirls and students who are interested in science.

A series of documentary videos ‘Naukovytsi’ created with support of the Ukrainian Cultural Foundation. The general partner is MacPaw. The creation of popular science documentaries was supported by Ukrainian IT and technology campaigns that share the value of Science and are interested in increasing the number of specialists with a scientific background, in particular women in the IT industry. 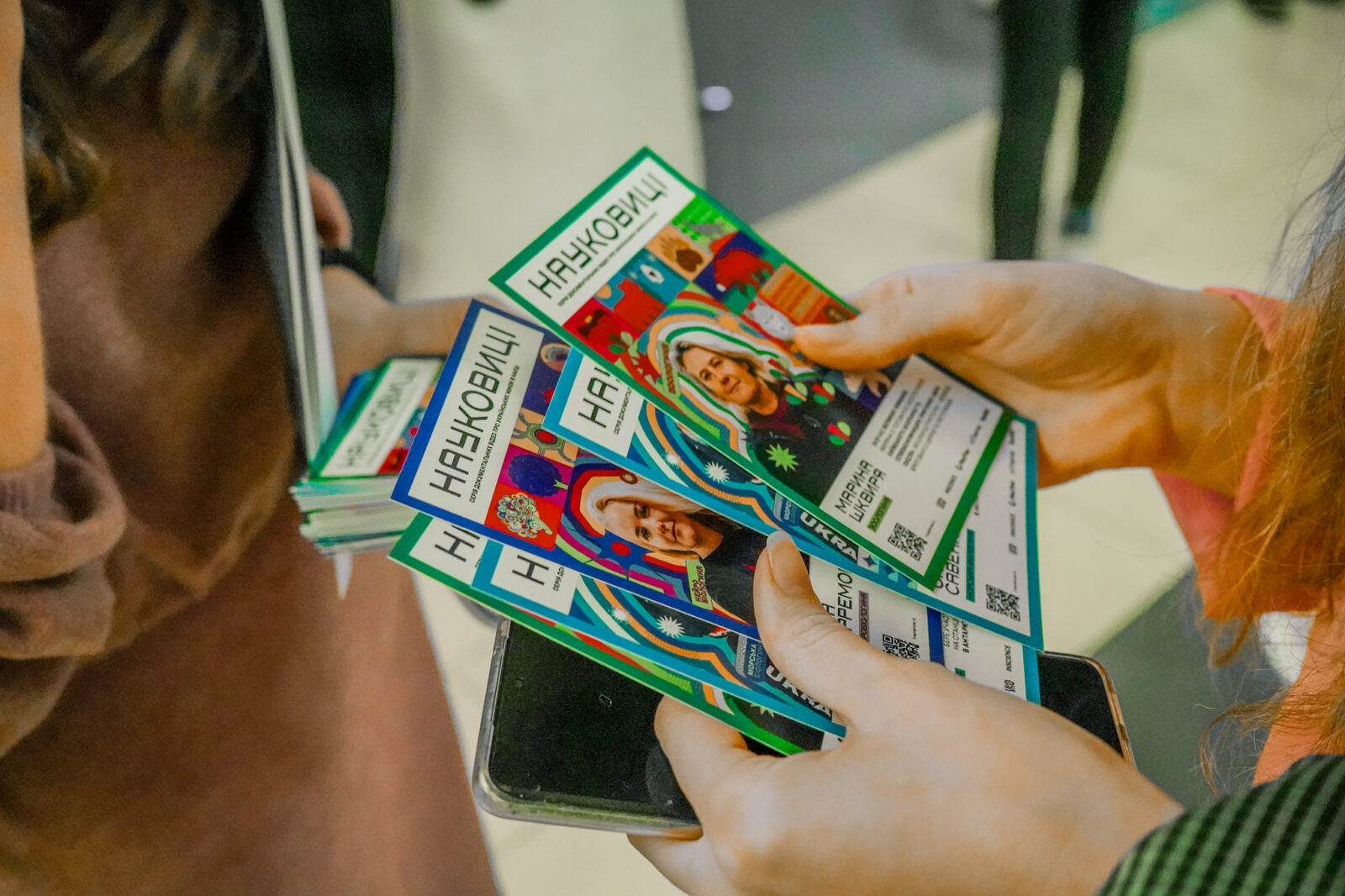 INSCIENCE is an organisation that promotes science and increases its value for society, business, and the state. INSCIENCE organises popular science events, including the largest conference with speakers from NASA, the Mars Society, the National Academy of Sciences, conducts a program to promote science among teenagers Science Teens Platform and a corporate program. INSCIENCE communicate scientifically based information on the topics of science, health, medicine through the scientific method platform, popularises vaccination through evidence-based doctors and Instagram bloggers and has created a series of documentary videos about Ukrainian women in science.