Alex Iskold is the co-founder and managing partner of a venture firm, 2048 Ventures. He previously spent five years with Techstars as the managing director of its New York City program, where he invested in and helped more than 100 startups.

Now, Iskold is reviving that earlier operation, dubbed the The 1k Project Ukraine, to provide much-needed help to Ukrainian refugees who’ve fled the country, as well as families that remain trapped within its borders, are suddenly jobless and, in a growing number of cases, no longer have a place to call home.

I never thought I would have to restart the 1K Project, but as soon as I realized what [Russia’s invasion of Ukraine] would mean,” he started making calls, he says.

Iskold’s network has been quick to heed the call for help. Since tweeting out the news 11 days ago that he was resuscitating the 1K Project to funnel money to Ukrainians, a network of 30 volunteers, from developers to data analysts, has sprung into action to spread the word and ease the path to helping sponsor and recipients reach each other.

As Iskold explains it, “The most powerful thing we’ve built is a distributed network [that quickly enables] sponsors and families to apply. Interested parties can find the forms on our site. There is a lightweight vetting process for sponsors and more strict vetting process for recipients. But once the sponsor and the family are approved, they get matched, and the sponsor is texted or emailed directions on how to fund the family through [the only money transfer service] Wise.com.” 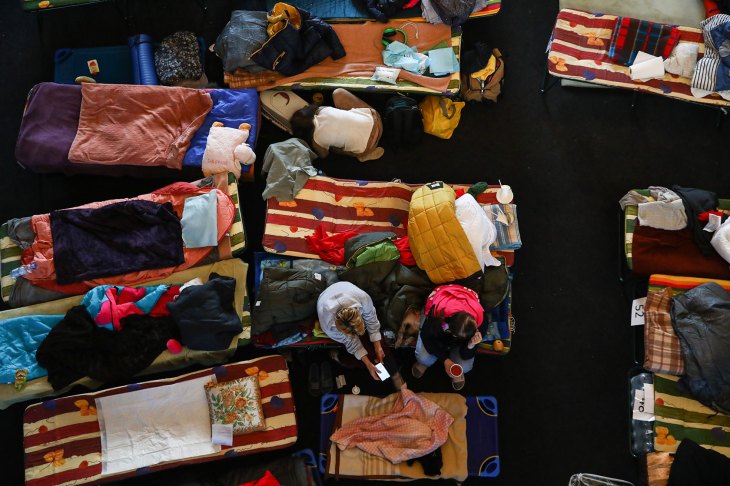