EURACTIV: Ukrainian IT industry continues to operate as war rages on

Ukraine’s IT industry is currently operating at about 80% capacity compared to pre-war levels, though it is uncertain whether this trend will continue and what the consequences will be both locally and for Europe. EURACTIV Germany reports.

The war in Ukraine has devastatingly impacted the local economy and global supply chains. While the European automotive industry, for example, is already struggling with supply bottlenecks, the Ukrainian IT sector, which accounts for around 4% of the country’s economic output, has been highly robust so far.

“Despite the ongoing difficult situation, our industries are in good shapeю We have data that IT companies are currently operating at around 80% of their pre-war levels,” Konstantin Vasyuk, executive director of the IT Ukraine Association, told EURACTIV.

Ukraine’s IT sector has been among Europe’s most dynamically growing IT sectors in recent years. It boasted an annual growth rate between 25% and 30% and around 300,000 employees.

There are several reasons why the country’s IT sector was able to hold its ground since the war broke out.

“We have been in a war-like state since 2014, which is why our companies took precautions before the war broke out so that operations could continue relatively undisturbed,” said Vasyuk.

Since Ukraine’s IT sector mainly relies on services exports, it is also far less location-bound than other sectors, meaning companies rely on flexible working models like teleworking. This also means work processes can be relocated abroad at short notice.

“Many of the Ukrainian IT companies have locations in several countries and, supported by the fairly high mobility of IT experts, can therefore react with flexibility to such scenarios, at least in the medium term,” explained Garry Polushkin from the consultancy German Economic Team. 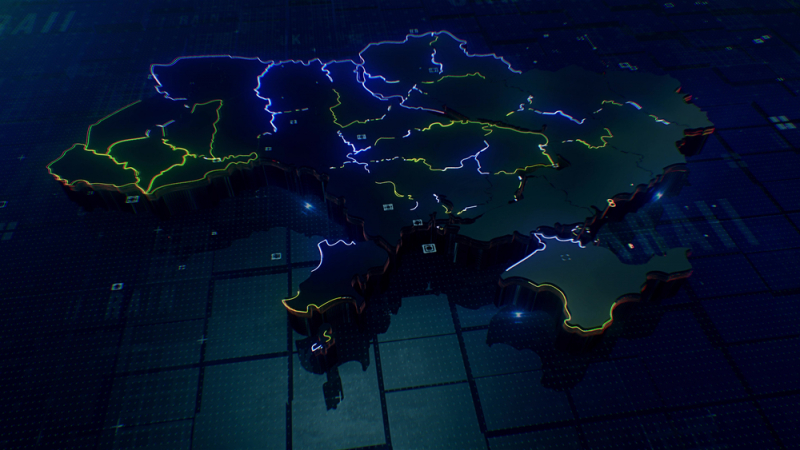