The Economist: This Ukrainian hacker is spreading chaos in Russia

Ihor has two MacBooks: “One I use for work and the other for attacking Russian websites,” he told me cheerfully. The 30-year-old, who wouldn’t tell me his surname, lives in Lviv in western Ukraine and works as a product manager for Jooble, a Ukrainian website that helps people around the world “find the job of their dreams”.

We met in Veronika’s, one of the only cafés still open in the centre of the city, before heading to his apartment. Ihor was dressed like a superhero in a tracksuit made by a friend to Ihor’s own design: orange with a triangular chest panel decorated with blue galaxies and red devil horns sewn onto the hood. “I like orange, and it’s comfortable.”

Like all Ukrainians in these desperate days, Ihor talked rapidly as he described the kind of hacking he does. “It’s a standard ddos, [distributed denial of service] attack. It’s not rocket science.” The idea is to get as many machines as possible to access a single Russian or Belarusian website at the same time, causing it to crash.

The hit-list includes everything from the Central Bank of Russia and the National Bank of Belarus, to Interfax, the Russian state newswire and the Kremlin. They’re also targeting Russian-backed media in Donetsk and Luhansk, the self-proclaimed republics in eastern Ukraine. Ihor and his fellow hackers, who work together through Telegram, an encrypted messaging service, have installed software on their computers which spew out multiple requests to the website in question.

Hackers have developed software for people with poor tech skills. “Everyone can do it”

Most Russian websites have blocked Ukrainian users to prevent these kinds of attacks, so the hackers have to mask their location using a vpn (virtual private network). On Ihor’s laptop screen, I watched as a green line arced like a virtual missile from the Balkans to Russia. “That attack is [supposedly] coming from Serbia,” said Ihor, laughing. (Serbia has close ties with Russia, though to some people’s surprise, it voted to condemn the invasion at the United Nations General Assembly on March 2nd.)

On Ihor’s computer white code containing the ip addresses of the websites being hacked scrolled up a black screen. When hackers succeed in crashing a site, the line of code is replaced by a victory message: “Russian warship go fuck yourself!” The phrase, uttered by the Ukrainian defenders of Snake Island in the Black Sea when ordered by the Russians to surrender, has become the country’s battle cry.

The number of hackers is growing all the time. There are more than 300,000 members of the official “IT Army” of Ukraine, a Telegram group of volunteer cyber-warriors set up by the government, and an increasing number of unofficial groups. Some hackers are developing idiot-proof software for people with poor tech skills. “Everyone can do it,” said Ihor. Because the software is automated, you don’t even need to be awake. Ihor uses a program called Amphetamine that keeps his MacBook on overnight. “So websites are crashing while I sleep. I love it!” 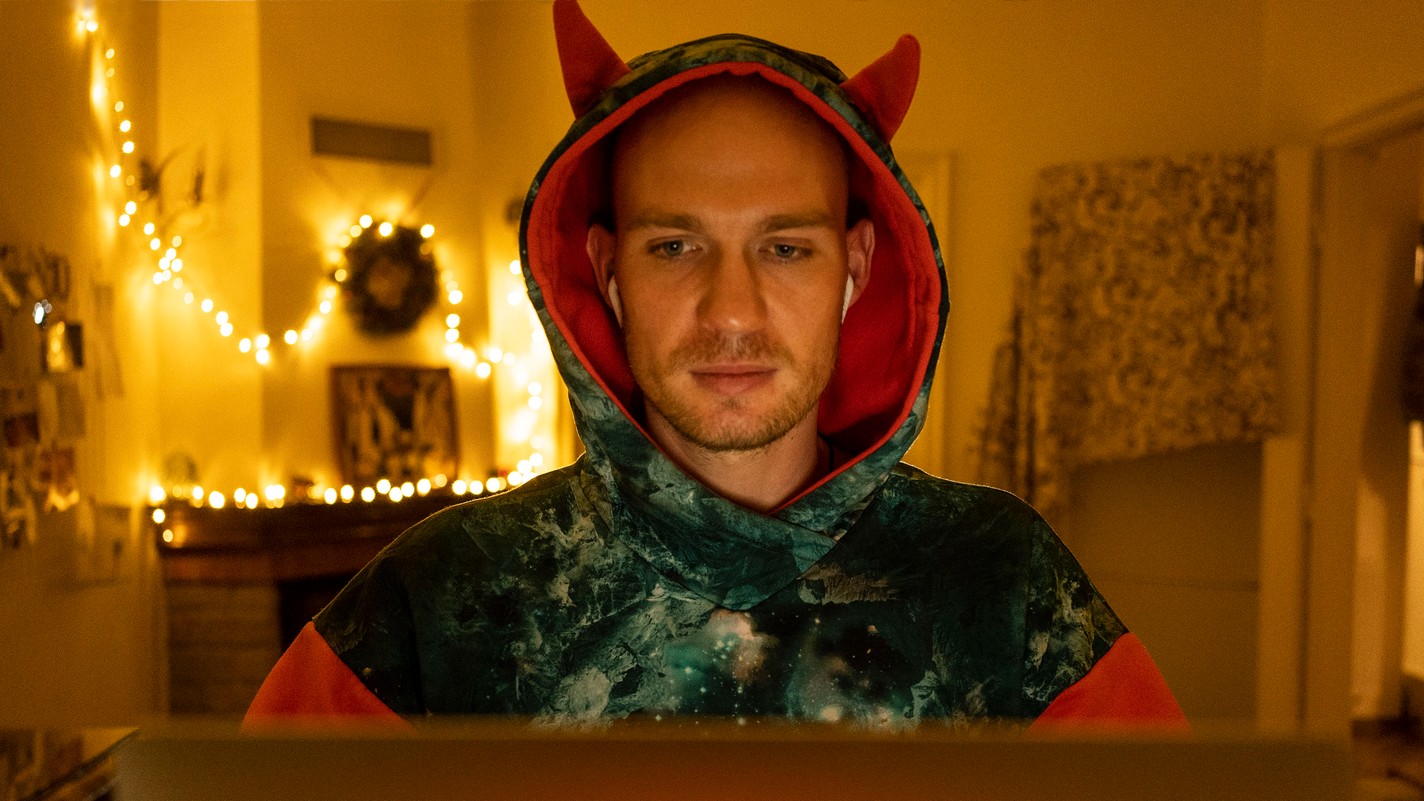