Ukraine.ua official website has collected more than 100 stories of brave Ukrainians who stood up against Russian aggression.

Ukrainians resist Russia’s full-scale aggression altogether, regardless of their profession, age, hobby or residence. Ukrainians have already proved that we will stand for freedom, life and our homeland to the last breath, to the last drop of blood.

The world has already heard stories about incredible Ukrainians. Almost always unarmed. Courageous. Proud. Those who stop enemy tanks with their bare hands. Those who cover children with their chests. Those who tell the enemy to go to hell in the face of death. Russia planned to take away our freedom quickly. But they did not consider every Ukrainian who rushes to defend his own.

It is a people’s war. And we need the help of the same brave people.
Just like you.

At six o’clock in the morning on February 24, Andrii Khoma was awakened by a phone call from a military friend: it had begun. The young man went to the military enlistment office, but without combat experience and previous military service he could not join the Armed Forces. He packed and went to Kyiv, where he joined the territorial defense.

For Andrii, the joke “in Ukraine no one want to serve in the army, but everyone wants to fight” is his personal story. At the age of 23, the man acquired a profession and made plans that were not military related, but now his position is as follows: “I do not want the boys to die while I am sitting in warmth and safety. I want to fight for my safety myself. “ 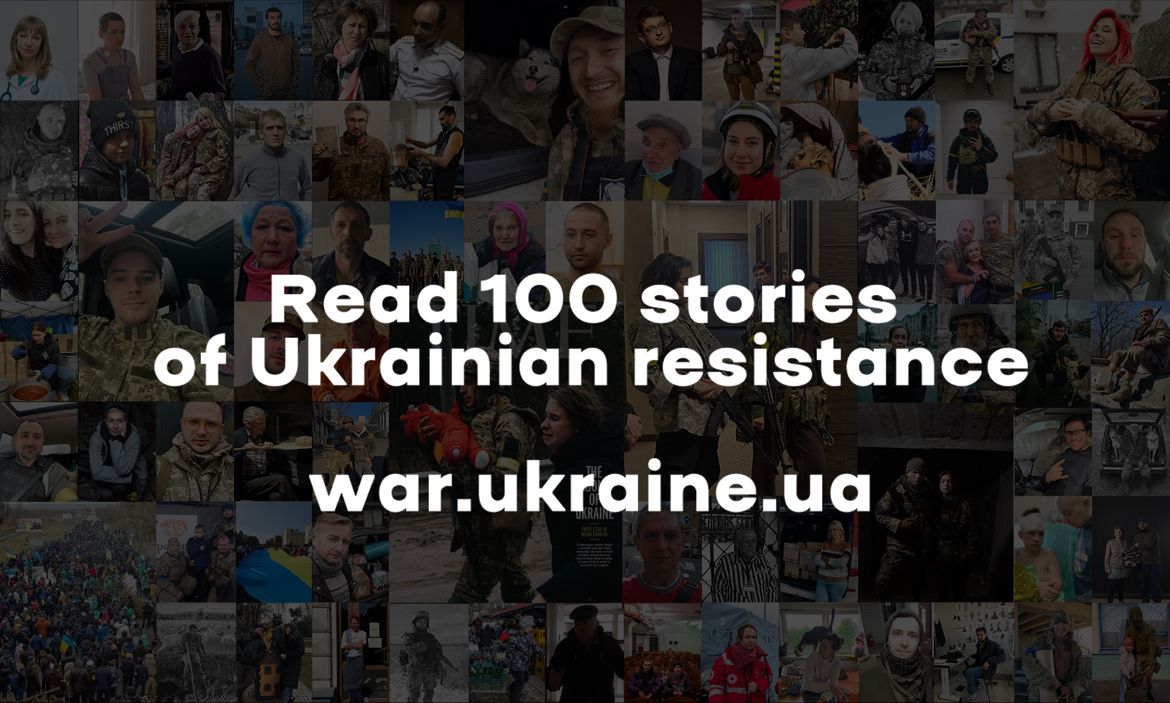