Setapp teamed up with Pacific Content, a leading podcast services company in North America, to bring up the remarkable stories to life in the Ahead of Its Time series. The new show explores the forgotten origins of today’s most transformative technology.

Today, we need to prioritize innovation more than ever to address the global challenges and keep up with the pace of rapid digitalization. As an innovator, you might struggle to bring your idea to life, or even fail. But if you truly believe in the transformative nature of your invention, you must keep going, and the right time — or circumstances — will come, ~ Oleksandr Kosovan, the founder of Setapp and CEO of MacPaw

There are only so many people, often only one, who can speak to the experience of creating a certain piece of technology. And if that person wasn’t available, we had to scrap that episode and find an entirely new topic. But ironically, this twist of fate forced us to find different tech and inventors who we had not thought to cover when the show was first conceptualized. In doing so, we discovered new stories that ended up being some of our favorite episodes of the entire series. ~ David Swanson, Showrunner and Producer at Pacific Content 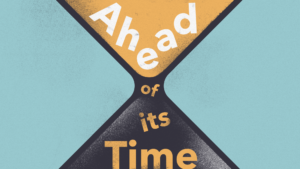