Ukrainian GreenAge, after successful testing of the MVP with 67 well-known Kyiv restaurants, is preparing to launch its new b2b2c product, called sort, the world’s first pre-paid digitized waste management service. Task #1 is to make the city a better place to live.

There are two pain points in the industry that CEO Artem Myrhorodskyi and his team set out to solve:

More than 400,000 Kyiv residents are separating some part of waste. However, they do this to the extent that the infrastructure and private recycling companies allow. The successful experience of serving restaurants stimulated the sort team to offer a product that can be used simultaneously by the business audience (HoReCa, business centres, supermarkets) and residents of high-rise buildings, passers-by. Company boasts of reputable names about clients that started separating waste with them – goodwine, First Line Group, Musafir, 100 rokiv tomu vpered, honey, Domino’s and dozens others. 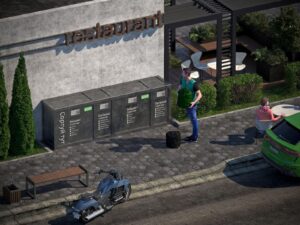 Fundraising for pre-seed stage has become a much harder challenge in 2022. Unfortunately, we lost our lead investor after Russians started the aggressive war in Ukraine and now are pitching with Ukrainian and European funds and programs, – CEO Artem Myrhorodsyi.

Read more about the project 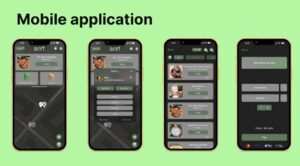