As the war rages on, a new report finds that YouTube and Twitter are ignoring requests to take down hate and disinformation targeting Ukrainians.

The Russian disinformation war is a real invasion of our digital space. The examples in the report show once again that big online platforms have taken insufficient measures to protect their users against this invasion. This has real life consequences across the whole world, – Thierry Breton, the commissioner for the internal market of the European Union. 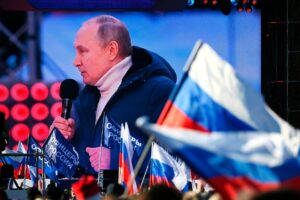