The Ukrainian tech and startup sector emerged during the war as one of the country’s most dynamic and promising economic pillars. The tens of thousands of IT staff help the government and the army in the war effort and can play a pioneering role in the reconstruction. President Zelensky is trying to play the digital trump card during the reconstruction conference in Lugano, Switzerland.

Among other things, we support companies in occupied territory for the relocation of their employees. We also help pay salaries because many startups have been forced to neglect their core business due to the war. In the first quarter, Ukraine exported 2 billion euros worth of IT services. By the end of this year, it will be our largest export sector. That has a lot to do with the damage to other sectors, but it shows that it is a core activity of our nation, – Andrey Kolodyuk, Chairman of the Board Ukrainian Venture Capital and Private Equity Association (UVCA) 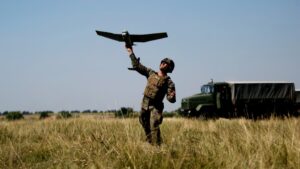