For the first time, an offline exhibition of paintings generated by artificial intelligence, «Save Ukr(AI)ne», will be held in Kyiv

An international art project «Save Ukr(AI)ne» will start at the International Convention Center «Ukrainian House». Ten unique paintings generated by the Ukrainian neuronet will be presented in the framework of this project about the miracle of saving children.

On Wednesday, August 31, at 11.00 a.m. the «Save Ukraine» organization will present the international art project «Save Ukr(AI)ne» at the International Convention Center «Ukrainian House». The project will feature ten unique paintings generated by a neural network from Ukrainian startup ZibraAI, depicting the miracle of saving children and families from the russian-Ukrainian war. 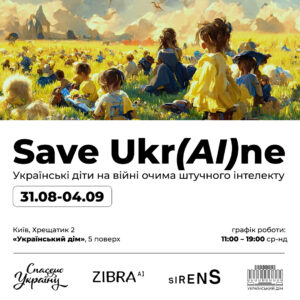 The evacuation from the hot spots was carried out by a team «Save Ukraine», a charitable organization that saved more than 55,000 children and families during six months of full-scale war.

For the first time, paintings generated by a neural artificial network will be presented in a real art space. For the sake of the exhibition, the artificial intelligence reproduced its vision of history rather than a single image, so the paintings are filled with deep meanings and details.

The world may soon get used to the war in Ukraine. This is unacceptable. Murdered and crippled children should not be a statistic and the norm in a civilized world. At the present time, the war continues. Every day hundreds of our «Save Ukraine» volunteers go under fire to save people’s lives. We have managed to evacuate more than 55,000 children and families since the start of full-scale war. Our team is acutely aware of the suffering of children in this war. That is why it is crucial to keep the attention of the world community so that Ukraine continues to receive help in the struggle for freedom – Mykola Kuleba, CEO of «Save Ukraine», and Ombudsman for Children with the President of Ukraine (2014-2021) 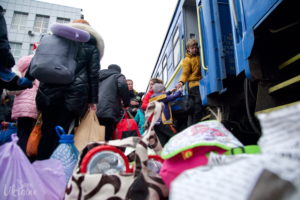 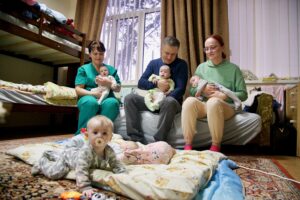 The international art project starts in Kyiv and will be presented in the coming months on three continents: Europe, Asia and America.

Ukraine means courage. What the Save Ukraine team is doing only confirms these words. The ZibraAI team could not stay away, and with the help of our expertise, we want to show what is happening in Ukraine and why it is important not to remain indifferent to this war. Our achievements in AI are primarily tools that help improve and change the world of games. Still, in this project, they have become universal artistic means of depicting Ukraine’s modern history, allowing us to experience together all the moments of our struggle with the whole world. This project is another important step towards our joint victory, so we couldn’t help but support it – says Oleksandr Petrenko, CEO of ZibraAI. 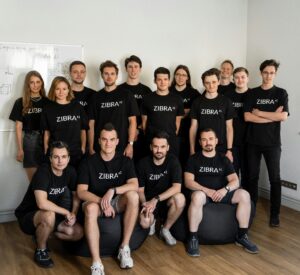 The curators of the international art project Elizaveta Yaknyunas and Sofia Fedchenko, members of the «Save Ukraine» team, who have been helping the world to get quality and truthful information about Ukrainian children and the terrible crimes of the russian army since the first days of russia’s full-scale invasion of Ukraine.

In Kyiv, the exhibition will run from August 31 to September 4 inclusive. You can see the pictures from 11:00 to 19:00 on the 5 floor at the International Convention Center «Ukrainian House». Kyiv, Khreshchatyk, 2.

The exhibition will be opened by Mykola Kuleba, founder of «Save Ukraine» Foundation, and representatives of ZibraAI startup. Also the opening will be attended by a family who miraculously escaped shelling in Chernihiv region. Their rescue story was one of ten that the artificial intelligence portrayed in pictures.

The «Save Ukraine» Foundation is Ukraine’s largest organization engaged in the evacuation of Ukrainians from hot spots and war zones. The charitable foundation, founded in 2014, united dozens of organizations, volunteers, individuals and legal entities to coordinate mutual aid. During 2014-2016, the organization was actively involved in evacuating families and children from the occupied territories of Luhansk and Donetsk regions. During six months of russia’s full-scale war against Ukraine, the «Save Ukraine» team managed to evacuate over 55,000 children and adults. More than 53,000 people received professional counseling through our «Save Ukraine» hotline with the support of USAID Ukraine. More than 70,000 children and families received humanitarian aid. Even in the most remote regions, where you have to reach for hours, by boat and under fire.

Mykola Kuleba – CEO of «Save Ukraine», Presidential Commissioner for Children’s Rights (2014-2021). For more than 20 years he has been rescuing children in difficult circumstances. For seven years in a row he was the Ombudsman of the President of Ukraine for Children’s Rights. During this time he has implemented important/driving changes in the child protection system of Ukraine.

ZibraAI – Ukrainian deep-tech startup, developing an ecosystem of AI-assisted solutions to simplify the creation of content for all virtual worlds. At the beginning of the full-scale russian war against Ukraine, ZibraAI decided to use its expertise in artificial intelligence to help the country and launched the Sirens Gallery, a charity NFT project.