Usually, the winners of a pitching competition are bathed with accolades, media attention, and applause. After it’s done and dusted, all they have to think about is what to spend that sweet, sweet prize money on.

But, this year, for one startup, things haven’t gone to plan. Immigram — the winner of the Slush 100 startup competition — is mired in controversy due to its links with the Russian tech scene. Not only are the founders Russian passport holders, but it’s also recruiting tech workers to move to Moscow.

This left many wondering why the judging panel decided to invest in a company with such strong links to the Russian business scene. In response to pressure, Slush rescinded the award.

Honestly, the fact that Immigram is supporting the Russian tech and startup scene means it should never have been able to enter Slush’s competition in the first place. 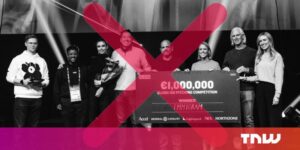