From the first hours after opening, the Ukrainian pavilion was overcrowded! Journalists (BBC News, The Associated Press, Nikkei, Scripps Networks Interactive, and many others), techies, VCs, corporate and government representatives come to explore the innovations in cleantech, medtech, security, biotech, etc. by Ukrainian inventors who keep working and developing disruptive innovations despite all war challenges! 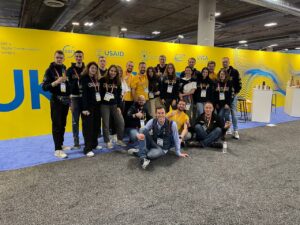 US officials from the House of representatives

On the first day of CES 2023, the Ukrainian stand visited the US officials from the House of representatives. The delegation discovered the solutions by national teams, which have the potential of implementation via American government initiatives for energy efficiency, renewable energy sources, and renewable materials.

Ukrainian tech sector companies have proven to be reliable partners delivering and providing solutions despite energy cut-offs and all the challenges caused by the war daily. USAID CEP supports opportunities of bringing the Ukrainian tech businesses to high-level international events and establishing direct communication with potential clients and partners. Success stories of Ukrainian tech companies will help to attract investor attention and will further fuel the recovery of Ukraine, – Olesya Zaluska, USAID CEP Chief of Party. 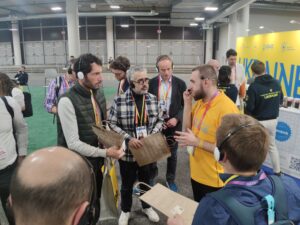 During the first day of the visit to Consumer Electronic Summit CES in Las Vegas, Ukrainian startups had a chance to meet with Jasjit Singh, CEO at SelectUSA. SelectUSA is the U.S. government program led by the U.S. Department of Commerce that focuses on facilitating job-creating business investment into the United States and raising awareness of the critical role that economic development plays in the U.S. economy. Since its inception, SelectUSA has facilitated more than $141 billion in investment, creating and/or retaining over 162,000 U.S. jobs. 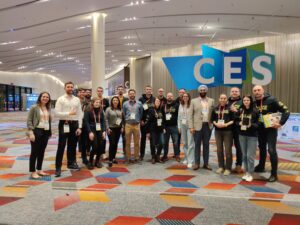 Jasjit Singh stressed the unwavering support for Ukraine, expressed his words of support for brave Ukrainian entrepreneurs, and his admiration for the courage and willpower of Ukrainians: “Despite the war and all wartime challenges, Ukrainian startups, as usual, came to CES to impress the public with their inventions and solutions”

In continuation, Mr. Singh talked about current support programs for startups and named the priority directions of the fund’s search and activities, about the opportunities for Ukrainian entrepreneurs as a result of entering this or another program under the auspices of USAID.

The meeting continued with pitches of Ukrainian projects and ended with networking. The parties agreed to continue communication and find additional options for the participation of Ukrainian startups in specialized programs and acceleration initiatives in the United States. 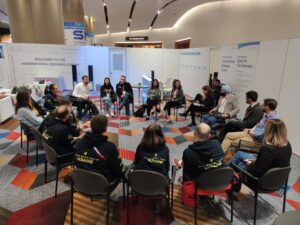 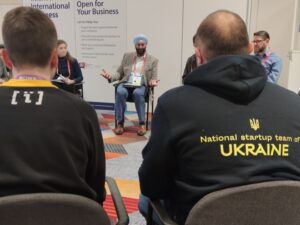 A Ukrainian delegation visited European Night at CES2023 by the European Innovation Council and SMEs Executive Agency (EISMEA) of the European Commission. During the event, the participants had a chance to communicate with high-level tech representatives, counterparts, and innovation leaders: 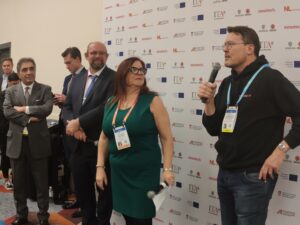 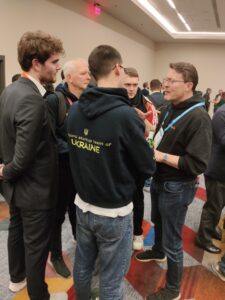 Alexander Riabtsev from the Solar Plex (the service for upgrading new and already installed conventional solar (PV) panels into hybrid (PVT) ones) had the honor to represent the Ukrainian delegation within the exclusive pitching. 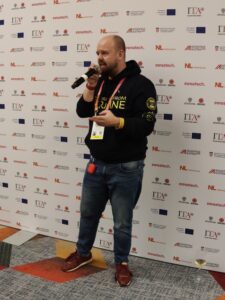 The European Night continued with networking, exchanging contacts, and discussing possible joint initiatives and projects with partners and investors. 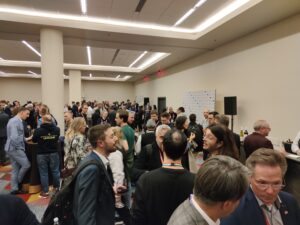 A Ukrainian tech delegation participated at Silicon Valley Funding Summit by Angel Launch & ENRICH in the USA where the hottest and most promising early and advanced global startups from North America and Europe presented the projects for the Silicon Valley investors and potential corporate partners.

4 Ukrainian hardware startups were featured and selected to pitch for over 100 high-level international investors:

The first day at CES 2023 was incredible! Investors, journalists, government and corporate representatives, guests of the event – everyone wanted to see and communicate with Ukrainian startup teams. Ukraine once again proves that despite everything we are able to develop, implement the most ambitious ideas in the technological area, and raise the innovative potential of our country, – Yana Paladiieva, Head of innovative voucher program at Ukrainian Startup Fund. 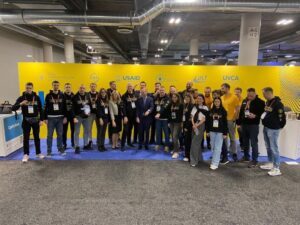