Joint US and Australian cyber security organization Internet 2.0 has opened office in Kyiv.

At the beginning of the official ceremony in Ukraine’s capital, Robert Potter, Co-Founder and Co-CEO of Internet 2.0, inventor of the company’s core patented technology, said: “We are committed to the future of Ukraine and see our work here, which is funded by the Australian Government, as an important step in building a strong partnership between our countries.”

At the beginning of November, the White House hosted officials from 37 countries, including the Five Eyes (Australia, New Zealand, Canada, United Kingdom, and the U.S.) and, for the first time, 13 global companies (Internet 2.0, CrowdStrike, Mandiant (now part of Google Cloud), Microsoft, Palo Alto Networks, FLEXXON, SAP, etc.) at the Second International Countering Ransomware Initiative summit in Washington to address the growing threat of ransomware and other cybercrime. In December, Robert Potter visited Ukraine, signed a Memorandum of Understanding with the Ministry of Digital Transformation, and announced opening an office in Kyiv in January. 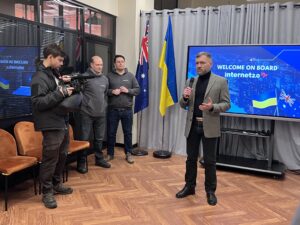 One of the key company’s project in Ukraine will be the training programs for Ukrainian veterans in cyber security as well as other projects in the sphere. “This digital program is the same and runs in Five Eyes Countries (intelligence alliance comprising Australia, Canada, New Zealand, the United Kingdom, and the United States). We trained 30 000 people through that educational program,” – said Rober Potter in interview previously.

During the official ceremony, CEO of WithYouWithMe Ed Plunkett announced the start of the company’s operation in Ukraine. 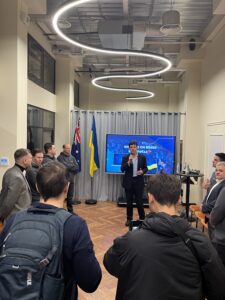 Internet 2.0, and the government of Ukraine, are the participants of CRI, which is called the Counter Ransomware Initiative by President Biden.

Read more about the company via the interview 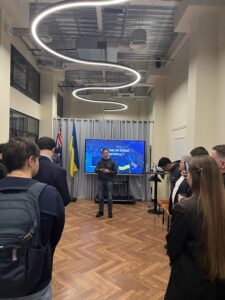