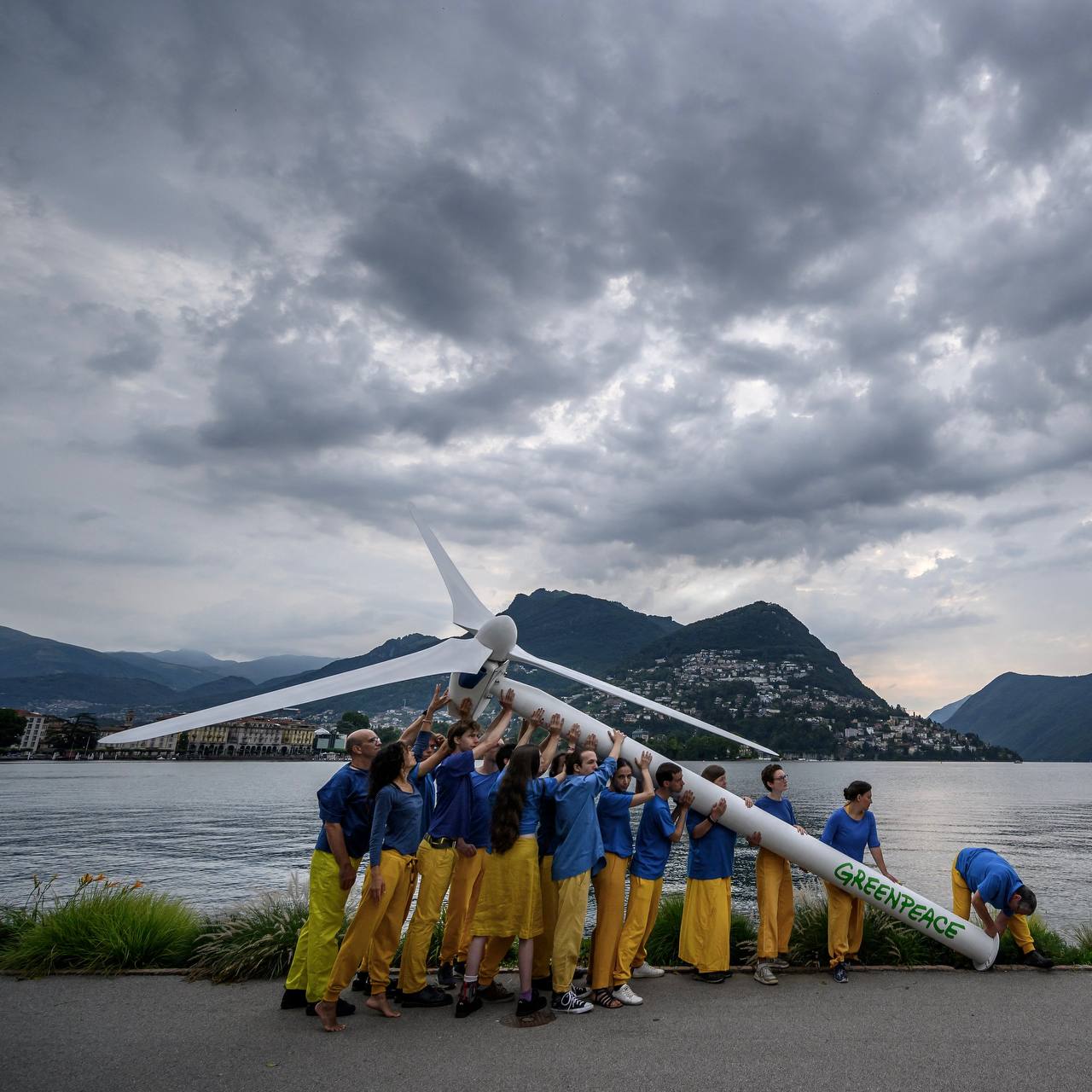 On July 5, 2022, at the Ukraine Recovery Conference held in Lugano, Switzerland, the Ukrainian delegation, led by Prime Minister Denys Shmyhal, presented a Plan of 750 projects with a total cost of $750 billion.

After the cheers subsided, the conference participants began to share their true impressions of the event. Public activists claimed they lacked urgent calls to give Ukraine Military Forces heavy weapons instead of discussing investments. Business people did not hide their surprise that the government was not presenting new policies but commercial projects, which is the prerogative of the private sector. And above all, all parties admitted that donors did not have a single understanding of a common approach.

As a representative of the CleanTech sector, I am developing the startup GreenAge, which received a grant from the Ukrainian Startup Fund in 2020. We actively work in the field of the recycling industry and successfully tested the MVP, prepared to launch the project of a network of recycling automated bins for cities with access from smartphones and sort-to-earn functionality.

Diminishing waste and recycling is now a relevant business in all cities of the world without exception. Given the specifics of the business, I focused on the government’s plan for projects to recycle war waste, restore the damaged natural environment, demining areas, green innovation, etc. 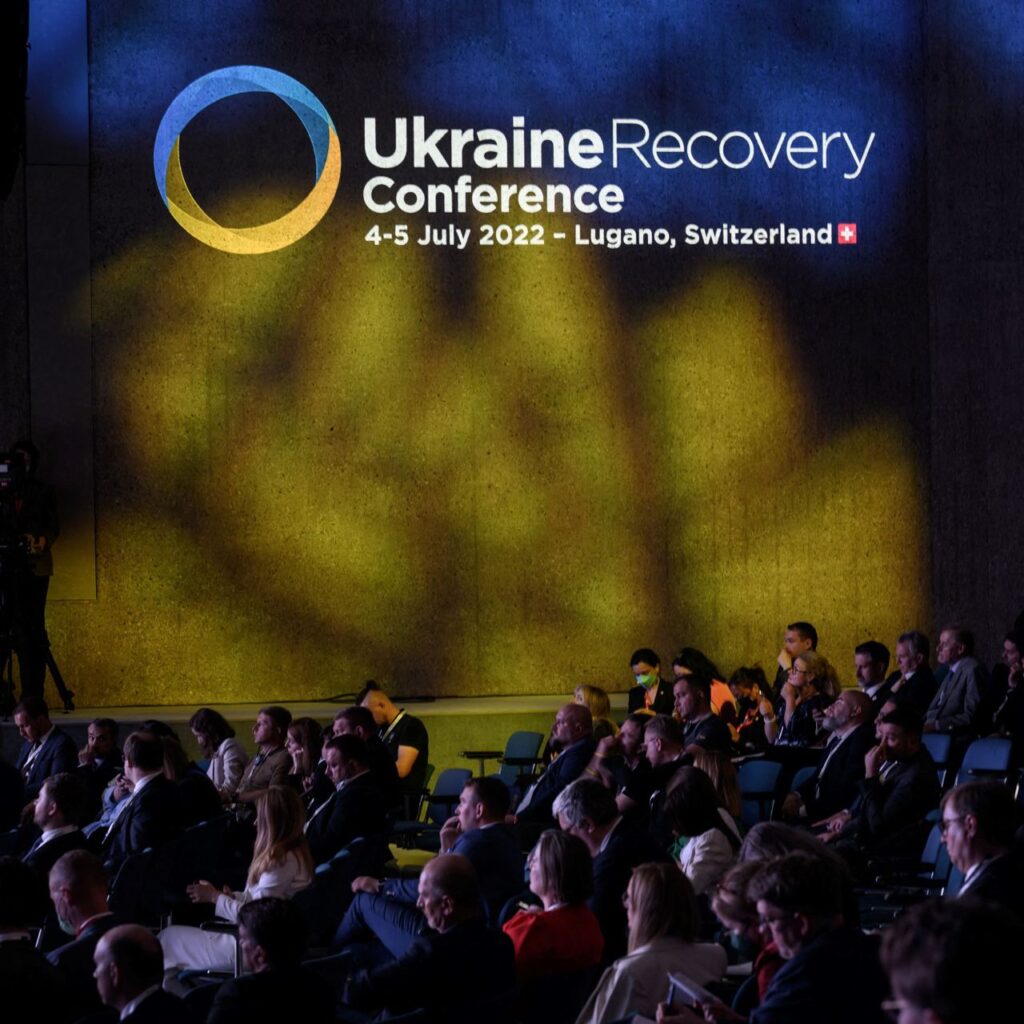 Ukraine is a digital country

One of the merits of this government is the much deeper digitization of state functions and communications. In a matter of seconds, I found myself on the landing page of the Recovery Program, which made a good first-glance UI impression. Although scrolling down the page, my face becomes changing the mimic. I saw a strange categorization of projects by economic sectors, with hundreds of projects dropping down—a wide range of topics – from land reclamation and hydroelectric power plants to highway crossings bridges for animals.

A detailed study of the Environmental Restoration block gave me real shock and misunderstanding. The largest cost item in the sector was proposed to be 3.78 billion euros for waste incineration plants and waste-to-power generating plants. It is known that by the decree of the European Commission in the first quarter of 2021, the energy of waste incineration plants was deleted from the list of “green energy” due to the “dirty” technology and demotivation of the EU population to separate waste.

Let us think it over and discuss it together.

What is wrong with this essential document that has already been presented to international partners?

And which should be the approach to such planning? 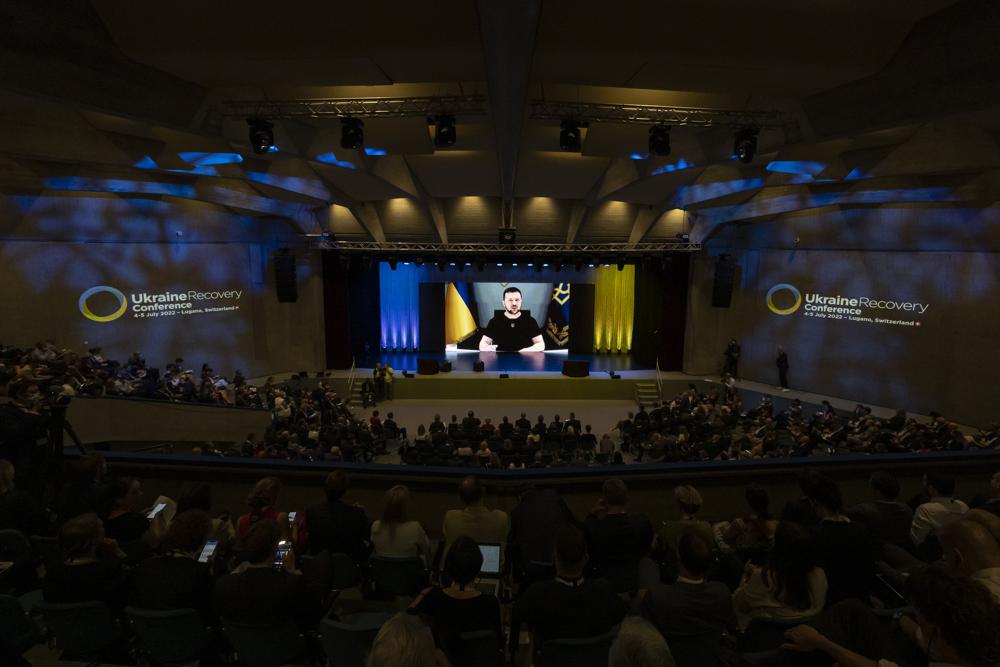 When we prepare a project’s Pitch Deck, we always take into account 2 things:

The government’s plan, which the prime minister has proposed, is no different. Except for the political agenda.Where there are 2 extra points:

With these points in mind, the answers are evidently clear:

So, if we dismiss the most urgent issues that were discussed in peer-to-peer talks in the Lugano halls like: 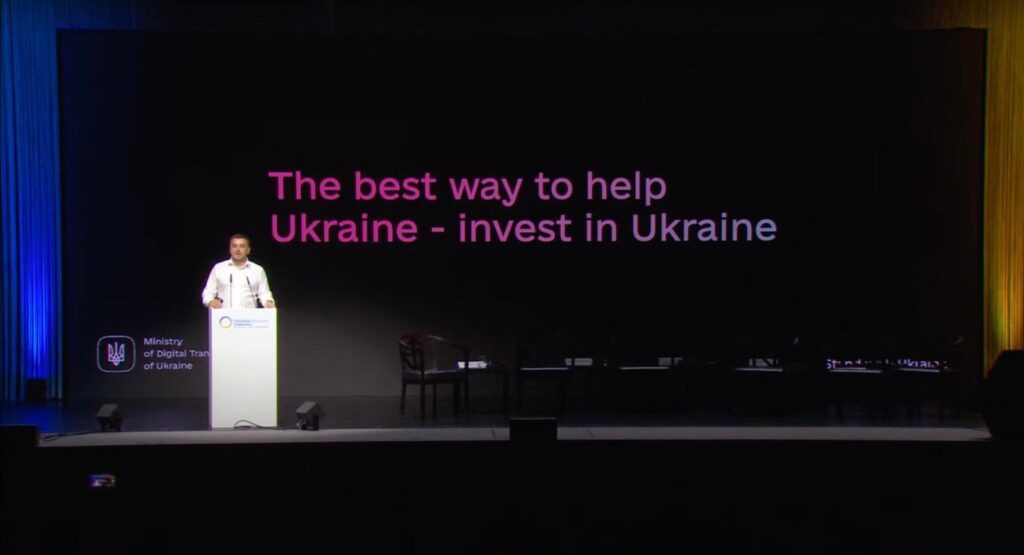 What should be the agenda for the world given the above?

I assume that everything is very simple. Open hashtags on Twitter or Facebook in the last 4 months. The list will compile itself. Modern media determine priorities better than a dozen officials.

Here is the list of issues that concern Ukraine and its international partners:

The estimated time for demining territories is 3-4 years. This time grows with each day of the war. A full recovery in the occupied territories is impossible without carrying out these works. Hundreds of thousands of hectares of land cannot be cultivated; traffic flows are blocked. People’s health and lives remain at risk with explosives. Ukraine needs professional miners from all over the world. This is our cry for help.

The war showed that the country cannot survive without modern weapons. However, Ukrainian weapons showed themselves from the best side. The Stugna, Bohdana, and Harpoon systems are great examples.

Together with the newest weapons of NATO countries, we have become a testing ground for state-of-the-art weapons and military skills training. We can export experience and jointly develop technologies.

Many countries need this both in Eastern Europe and Central Asia – where Russia has a significant danger of aggression.

As it became known from the international media, Ukrainian grain-fed 400 million people worldwide. This is a considerable share of all supplies on the planet. Ukraine is an essential player in the export market. It is necessary to restore and modernize the operation of ports and elevators. Private ports and elevator systems have for many years demonstrated the quality of product supply chains in recent decades. Ukraine is able to feed a billion people by maintaining the rate of growth of efficiency in agriculture in the next 20 years. Who wouldn’t want to have a piece of this cake?

4. Reconstruction of highways and railways into a single EU network

What are they talking about, first and foremost about the country that became a member of the EU? That’s right – roads. Ukraine has made a significant leap in road infrastructure development over the past 3 years. The community is connected by a network of roads and railways, which makes life and doing business comfortable. However, highway quality does not always meet European standards.

Now is the time to talk with the most prominent European operators and build road networks that integrate Poland, Ukraine, Moldova, Romania, Slovakia, Hungary, and the Baltic states with the entire Black Sea region.

5. Development and reconstruction of cities with architects and construction firms from the EU

Thousands of multi-apartment residential buildings were destroyed with a total volume of more than 7 million square meters. It was mainly a Soviet-era building. Ukraine opens out for European bureaus that want to participate in creating a new face on the map of modern Europe.

New Ukraine needs to introduce a new approach to planning and energy-efficient construction.

6. Building an independent energy system together

We have 4 nuclear power plants and started selling electricity to the EU. All oil refineries were destroyed. There are extensive gas reserves and the most outdated thermal power plants in Europe. This industry requires significant investments and participation in the single energy market of the European Union.

Millions of tons of construction waste, the metal of military equipment, and road surfaces are taken to landfills. Tens of thousands of bomb craters must be inspected and the soil cleared. Flora and fauna must be healed. All of this must be studied, processed, and used in constructing roads and buildings.

4 million Ukrainians left for the EU, joining the 2-2.5 million Ukrainians already working there. It is necessary to ensure that the taxation system allows one to work legally and return home. We already have electronic systems of interaction between the state and citizens. It is necessary to simplify the provision of social assistance in host countries, which burdens the local bureaucracy.

9. Opening the opportunity for EU farmers to buy agricultural land

Ukraine has the largest supply of fertile land in Europe. After the land reform, it became possible to buy land. However, access to foreigners was restricted. Ukrainians want to thank their European neighbors for special treatment. It is time to open the market to the countries that provide aid and thereby create a protective shield along the Russian border. Invite farmers’ families from the EU to move to Ukraine under special conditions for obtaining land.

Companies, bureaus, associations, foundations, and organizations from the EU and the USA – the most significant donors – should be invited to participate in all spheres. We know that European people cannot be happy because another country is financed at their expense. So we have something to offer in return. And this proposal should be the cornerstone from the very beginning.

Legal frameworks for investors from strategic partnership countries, which open doors and provide guarantees, should be expanded immediately.

Everything else is a matter of business

Ukraine can count on grant aid to reconstruct 50-75 billion dollars in the coming decade. It provided that we carry out reforms and integrate them according to the roadmap.

However, this is not the 750 billion the top government official is talking about. Unfortunately, we have to look back when we look to the future. For 30 years, we have attracted no more than 10% of the amount that the government is counting on.

If we are talking about post-war reparations, it does not need any projects—only the calculation of damages and losses of all subjects. We cannot discuss it now; Russia has not yet announced its capitulation. 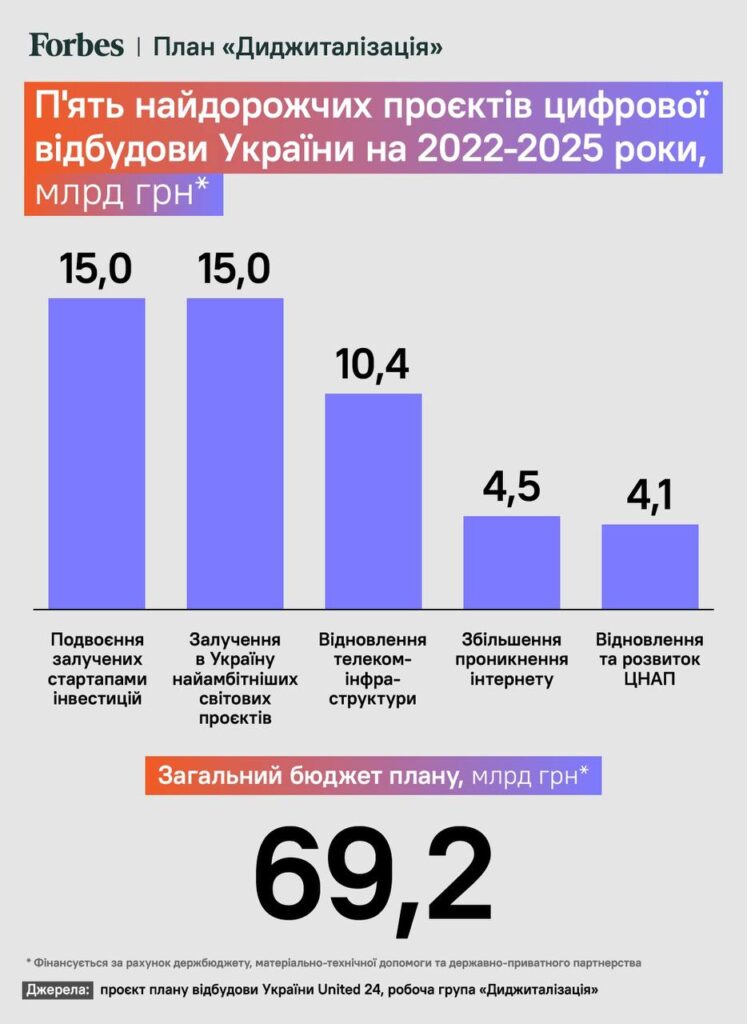 On the other hand, I think it is pretty challenging to blame the government for making a mistake. These people were not taught to work under the challenges of war. Restaurateurs know well that the team that opens the venue and the one that will operate it are often very different. So, it would be best if you formed a new team with task forces for tough times.

Ukraine will not manage on its own. Consequently, a significant coordination effort with many participants will require very resilient teams with the strength of spirit no worse than those boys and girls who defend the country at the front line.

I really want the recovery plan to consider their lives after the war.

And finally, I believe that respect for the plan, which recognizes the priorities of the country’s survival during the war and opens the door to participation in reconstruction for its partners, will have much greater success. Such a plan will become a bridge to the program of economic growth of Ukraine into a European tiger already in this decade.