Kharkiv has a productive potential to become a futuristic and well-developed high-tech city. The Kharkiv IT Cluster consolidates the best practices and thus contributes to city development.

Kharkiv IT Cluster is a non-government organization, which unites the leading players of the IT industry in the region. Its mission is creating a friendly environment for technology businesses.

Nowadays, there are 60+ IT companies and 38 partners in the organization. Its principal activities vectors are education, promotion of Kharkiv as an IT location worldwide, developing the city infrastructure, and creating additional values for members and partners.

Kharkiv is situated in the East of Ukraine. The impending risks of losing the whole IT industry in 2014 due to the armed conflict in the bordering areas forced the leading industry players to take instant actions.

At that time, a lot of foreign partners froze the cooperation with the companies located in Kharkiv, cut off investments, and even moved their assets away to the West of the country or even abroad. A range of international flights was cancelled, foreign representatives were afraid to visit our city. They considered Kharkiv as a hazardous location from the military point of view and pointed, it as a region with the security alert.

The industry was at the real risk of extinction as it is, and threatened to downgrade the whole local economy.

C-level managers and owners of the 6 IT companies came to the negotiation table and settled a non-profit organization, to become a single voice of the local IT business. During the year they had been interacting with the foreign Embassies, diplomatic missions. The main focus was at those from the USA and Canada. It took about a year to persuade the international community that Kharkiv is a safe place with no military actions. Finally, the security for Kharkiv was cancelled.

The risks became controllable. The community showed its power at the international level, and this is the basis for the further consolidated work was created. New educational projects were introduced, and also, the Kharkiv IT Cluster undertook a function of legal support for the member companies.

Today the Kharkiv IT Cluster consolidates over one-third of the whole IT industry in the region.

Over 60 companies, educational establishments, local governmental organizations and other businesses, which want to contribute to the industry environment are among the Cluster members and partners. 50+ projects and initiatives ongoing and implemented.

Critical strategic directions for Kharkiv IT Cluster projects and initiatives:

The community involves high-skilled professionals, teaching staff and young generation of the specialists, who are either learning or working in the industry. Kharkiv IT Cluster is open to new ideas, even the most ambitious ones. It is doing its best to ensure the IT business of Kharkiv safe and favourable conditions for sustainable growth and development. 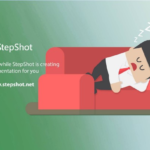 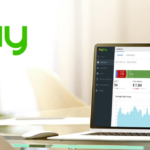