Kwambio is a 3D printing company with a full-service manufacturing facility located in Ukraine, as well as offices and showrooms in London and New York. By being both a service provider and a manufacturer of 3D printers, the company became renowned for its innovations in three major markets: medical, industrial, and consumer.

In 2018, Kwambio became a part of Stanley+Techstars Additive Manufacturing Accelerator in Hartford, Connecticut. This was a major push in the development of a new material: a mix of ceramic powder with aluminum oxide which is used for engineering and metal casting. It has a higher density and a low firing shrinkage. It can be used in metallurgy, as it withstands contact with melted metal with temperatures up to 1300°C (the majority of alloys). It is also a strong dielectric and can be used to manufacture complex leached rods. Kwambio has sealed a strong partnership with Stanley Black & Decker, and a few other corporations. A new material is still in the works, but it definitely could be used on Kwambio’s 3D printers – Ceramo Zero Max and Ceramo Two, and be a nice addition and a game-changer for businesses and individuals with product ideas. 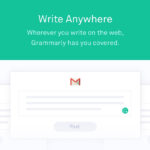 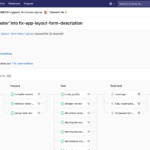