The Culture Map – the Netherlands & Ukraine 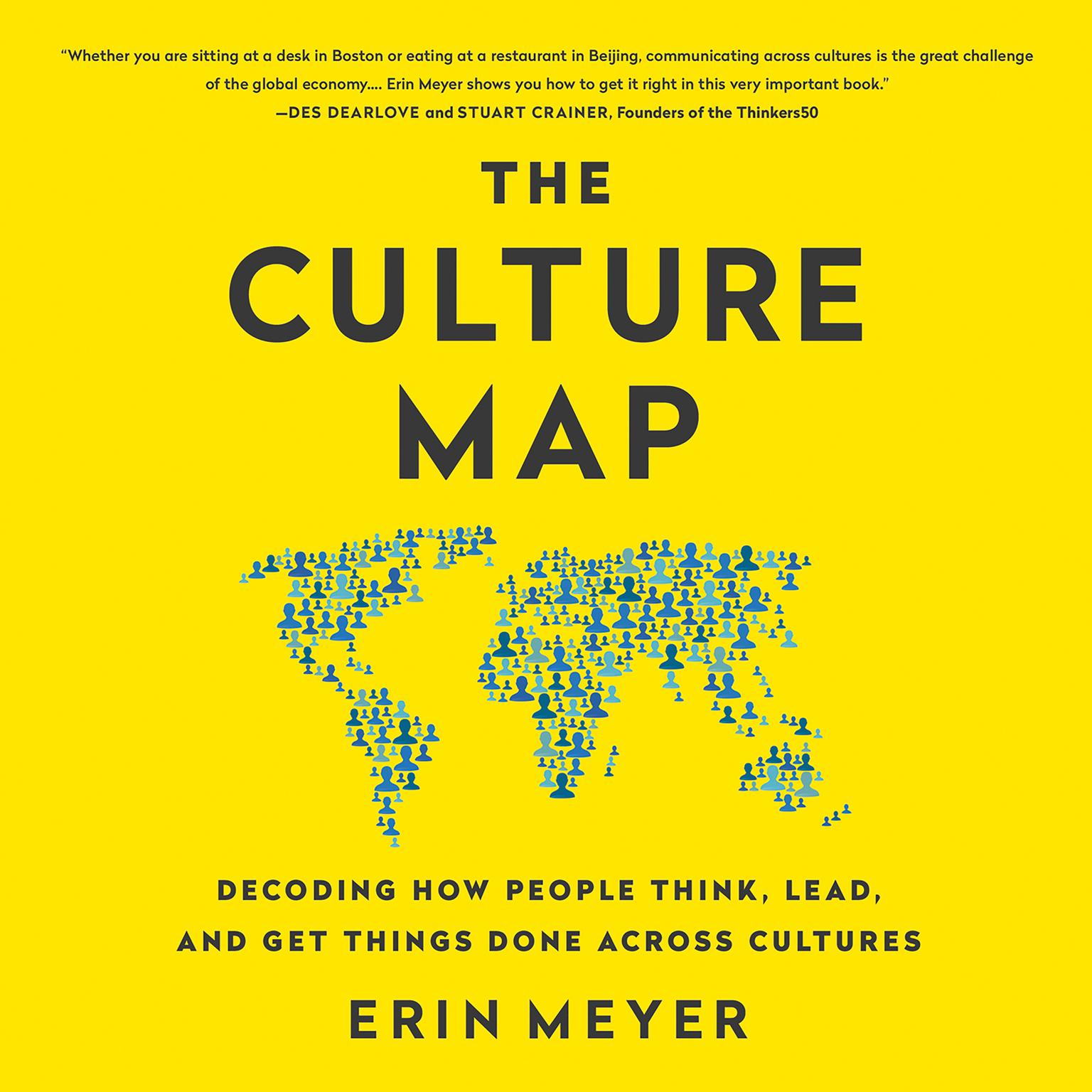 How to understand and navigate cultural differences in the global business environment?

Americans precede anything negative with three nice comments; French, Dutch, Israelis, and Germans get straight to the point; Latin Americans and Asians are steeped in a hierarchy; Scandinavians think the best boss is just one of the crowd. It’s no surprise that when they try and talk to each other, chaos breaks out.

Within the TechUkraine event “Entering the Netherlands market for your startup” Emilie Verbunt, Lead Operations & International Projects at DutchBasecamp, demonstrated the cultural differences between the Netherlands and Ukraine according to Erin Meyer’s book The Culture Map. According to the tool, Ukraine and the Netherlands could not be more different: except for giving negative feedback, there we do find each other at the end of the direct spectrum; also, the tool shows our differences from trusting to decision-making. 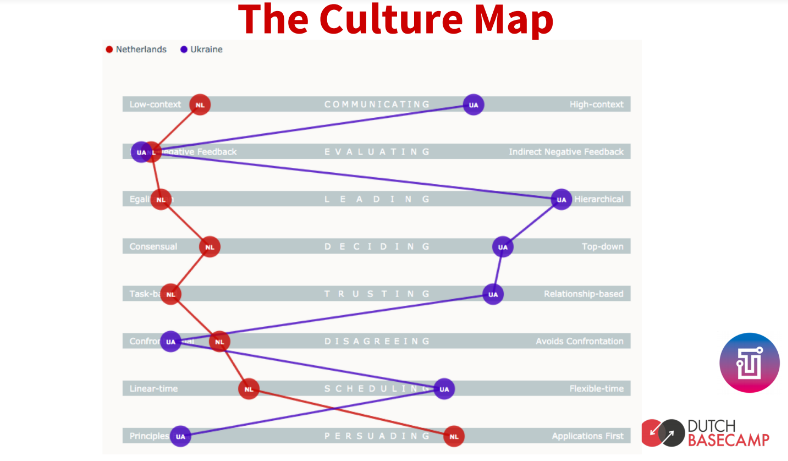 Let’s check the highlights of Emilie speech according to Meyer’s scales to understand and pay attention when opening Dutch market:

Dutch people are among the most explicit or low-context culture (low-context meaning their conversation assumes relatively little intuitive understanding). Ukrainians are closer to the high-context culture (the messages are both spoken and read between the lines).

Dutch is among the most direct when it comes to negative feedback. Ukrainians are on the same line.

Dutch uses complex approach to present projects. This trait shows up in everything from how people give presentations or lead meetings to how they write emails.

In the Netherlands, the best boss is the facilitator among equals; organizational structures are flat. Ukrainian are hierarhical.

The Netherlands has a very consensual decision-making system. Ukrainians are on the other side of the spectrum,

In the Netherlands, as in the USA or Denmark, business people trust their legal system to enforce contracts, and so business negotiations focus on what’s practical. In Ukraine, personal relationships are much more important.

Dutch embraces confrontation which means they typically see disagreement and debate as a positive thing that won’t hurt a relationship. Here Ukrainians and dutch are very similar.

In the Netherlands, the focus is on the deadline and sticking to the schedule. In Ukraine, it’s more flexible.

And to sum up – fun video: How to deal with the Dutch? Expats in the Netherlands about the Dutch culture… and Dutch directness.