Welcome to Lviv, the hidden gem of Eastern Europe! Lviv is the biggest city in Western Ukraine and the seventh in the country, with about 800.000 inhabitants. The city boasts its intricate history, a fascinating mix of architectural styles, and coffee smell spreading around medieval courtyards. Tap into Lviv and savour its unique spirit!

Over the past years, Lviv has become one of the major  tech hubs in Ukraine joining the cohort of leading Ukrainian IT cities, alongside Kyiv and Kharkiv.

Geographical location, economic attractiveness, and highly-qualified human capital have significantly influenced the development of the tech industry in the city, with a growing number of foreign investors considering Lviv one of the most appealing spots.

Lviv became home to around 460 IT companies, most of which provide software outsourcing services to clients in the USA, Western Europe, the UK, and the Nordic countries. According to IT Research 5.0, the number of IT specialists in Lviv is 25,000 as of 2019, and the number is estimated to increase to 30,000 by the end of 2021. More than 4,000 students graduate with a tech degree yearly that provides the industry with a constant inflow of fresh talent.

The annual rating of leading outsourcing vendors, Best of The Global Outsourcing 100, in 2019, includes 17 Ukrainian tech companies out of which 8 are headquartered or have their offices in Lviv, i.e., Softserve, Eleks, Intellias, Ni-x, Ciklum, TEAM International, EPAM Systems, and Sigma Software.

The largest infrastructure project of Lviv tech industry, Innovation District IT Park, planned to commence in 2020, will provide office spaces for 10,000 tech professionals, and a complex of innovative labs will allow fruitful cooperation between science and business.

Lviv accommodates more than 400 IT companies and 21.000+ IT specialists, with above 4,000 graduates becoming a part of the Lviv technology environment annually. The economic effect of the IT industry in Lviv makes up 21% of Lviv economy (1050 million US dollars), and remarkably, Lviv is the only city in Ukraine that has officially announced the technological industry as one of the main elements of the city’s competitiveness strategy.

As an expanding IT city, Lviv offers several hubs and coworking spaces to businesses and startups.

There are plenty of great coworking spaces and hubs that will offer you and your team all the essential infrastructure with included amenities such as 24/7 service, parking, meeting rooms, and kitchens. Here is the list of some hubs and coworking spaces: Startup Depot , coMMuna, Coworking centre Pixel, IHubLviv , ITEAHub,  Compas Coworking, Territory Coworking, Business Hub, Platforma Futura Lviv.

Lviv boasts many professional communities, which are headed by people who are eager to enhance the Ukrainian ecosystem in numerous directions. Here is a list of them:

Take a look at the list of the most significant events taking place in Lviv.

Lviv offers many professional communities, which are headed by people who are eager to enhance the Ukrainian ecosystem in numerous directions. Here is a list of them:

Take a look at the list of the most significant events taking place in Lviv.

IT Projects in Lviv

Lviv Tech Angels – Lviv Tech Angels is a community of investors who seek to enhance the culture of startups in Lviv. They invest in the development of start-ups and product companies.

IT Village is a non-profit project which goal is to bring together IT professionals who want to live in a cozy suburban area. The duration of the project is 3 years. The start of construction is April 02, 2018.

IT Expert – The main educational initiative of the Lviv IT cluster. This project is aimed at modernizing education in Lviv universities. Lviv IT cluster companies collaborate with university professors to create modern undergraduate technology programs.

If you plan to start your business in Lviv, you should open an LLC in Ukraine as a subsidiary of your foreign parent company, hiring IT professionals either as salaried employees based on labour agreement or based on a freelance agreement (in most cases, there will be a mix of such arrangements). This option can be useful for long-term projects in Ukraine when you are planning to establish an office and hire a large number of IT professionals.

There are Ukrainian investment funds which work with startups

Lviv offers favourable educational opportunities to people who want to start a career in the tech industry. For instance, more than 12.000 students are presently enrolled in tech programmes, and almost 4000 graduate annually. Here is a list of universities and educational centers in Lviv:

Lviv Chamber of Commerce and Industry is the city-level organization which helps to set up a business with outside organizations.

Lviv IT Cluster plays a significant role in the development of the business ecosystem in Lviv.

Ukrainian Chamber of Commerce and Industry

The American Chamber of Commerce 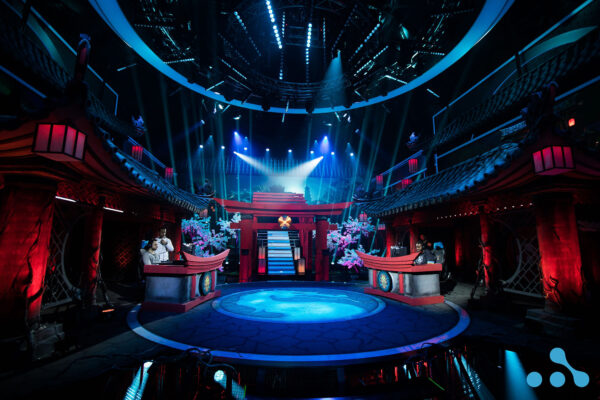 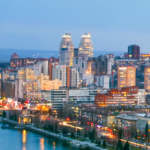 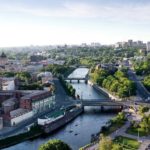