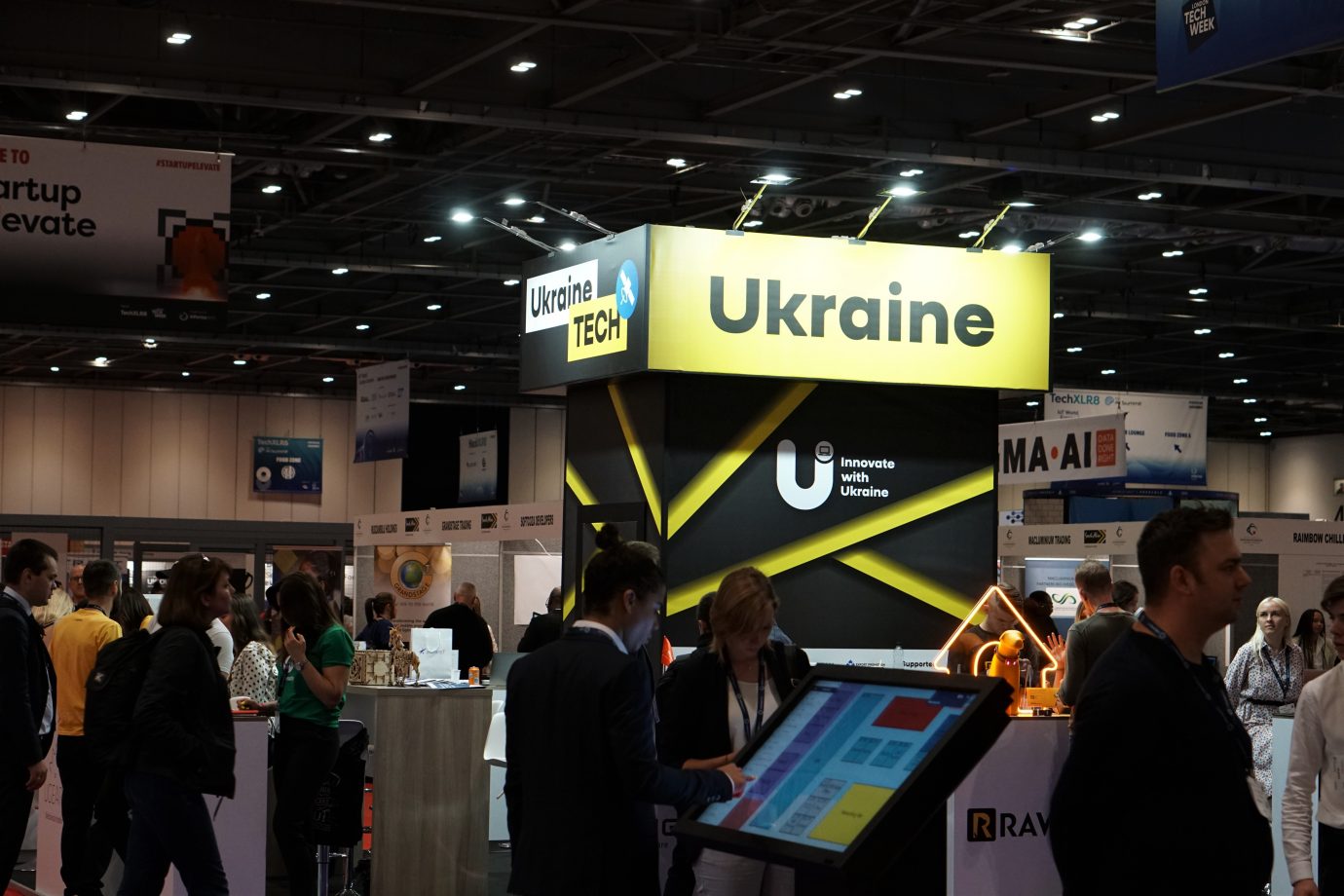 Last year TechUkraine team with partners – Embassy of Ukraine to the UK, USAID Ukraine, Export Promotion Office, UTEW Tech Tribe, Kyiv IT Cluster, Sigma Software, Tech London Advocates, Minibarlabs – organized and participated in a week-long festival of tech and innovation London Tech Week 2019, representing for the first time the national pavilion of Ukraine within one of the most influential tech events in the world.

The Ukrainian Days at London Tech Week 2019 took place during 11-13 of June and included two main activities: British-Ukrainian Tech Night and a booth “Ukraine Tech” at the exhibition TechXLR8.

Natalia Veremeeva, director of TechUkraine, highlighted the key steps of the project:

It was a challenging project, with strict deadlines, but the joint efforts of the organization team showcased the brand of the Ukrainian tech ecosystem and introduced the Ukrainian IT industry and the incredible opportunities it bears.