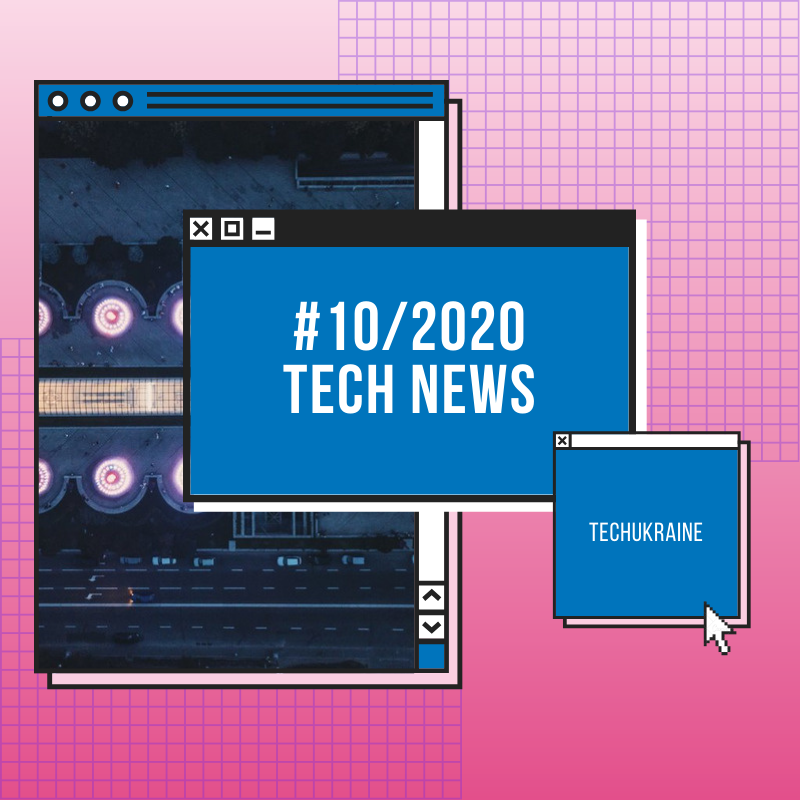 What has happened in the Ukrainian tech market in November 2020?

The international startup with Ukrainian roots Portal has closed a $350,000 angel funding round by a group of investors from the Netherlands – read

Ukrainian venture firm ICU Ventures announced it has invested in Hivecell, a New York-based Edge-as-a-Service company that’s redefining the category of edge computing. Hivecell is powered by a Ukrainian developer team. The terms of the investment are not disclosed – read

The U.S. company Hover, a platform that creates a fully interactive 3D model of any property using photos taken with a smartphone, has raised a $60 million Series D round led by a group of insurance carriers. The company has representative offices in Zhytomyr and Khmelnytskyi, Ukraine – read

Ukrainian Startup Fund announced the 6 winners of the 14, 15, 16 Pitch Days who raised from pre-seed funding round 25K to seed funding round 50K per project – eSalesPlatform, HackenAI, RE-leaf PAPER, Muscreators, iceFood, Impulsar – read. Check out the full list of winners.

Three winners of the hackathon “Hack for Locals 2.0″ – Don’t burn, Ward, Drop Table Team. UNDP Ukraine together with the Ministry of Digital Transformation has selected three winners of the three-day hackathon “Hack for Locals 2.0,” whose projects will soon receive financial and mentoring support to implement their innovative ideas in the communities of Ukraine – read

Ajax Systems, a Ukrainian manufacturer of wireless security systems, has opened the second plant in Kyiv. It is located on the Left Bank at 9 Boryspilska St., on the territory of the former Kyiv radio plant and plans to create 1,000 new positions – read

Polina Lishko, Ph.D., a Ukrainian-born physiologist at the University of California, Berkeley, has been chosen to receive a 2020 MacArthur “genius” award. The award comes with $625,000 in funding over five years, which Dr. Lishko, an associate professor of molecular and cell biology, will use to continue her work on reproductive physiology. – read

Margarita Sivakova, CEO OF Legal Nodes, became the Winner of the European Women of Legal Tech Award 2020 in the Entrepreneurship Category – read

According to Sensor Tower, Ukrainian delivery service Raketa.ua has been ranked as TOP 10 the most downloaded EU apps in App Store and Google Play in 2020 – read

Ukrainian startup BIOsens, a biotechnology company which develops hardware and software solutions for the analysis of food contamination, have emerged as a TOP 100 Global startup of #SLINGSHOT 2020 (among 7,500 global startups!) – read

Ukraine becomes the ninth country joining the NASA space program. Ukraine has all the scientific and technical capabilities and experience allowing the country to become one of the weighty partners of NASA during the implementation of the Artemis program – read

The IT labor market grew up by 20% in September 2020. According to GlobalLogic, the number of vacancies in the IT-sphere reached 6,000 in September. This shows the gradual resumption of the IT industry in Ukraine since the pandemic started – read

The State Statistics Service reports that IT helped save the day as Ukraine’s balance of trade in this area showed a $4.4 billion surplus. Compared to the first three quarters of last year, exports of services dropped by 12% to $8.15 billion, while imports fell by 26.5% to $3.7 billion. BRDO Ukraine reports that Ukraine’s IT industry loses $199 million in Q2/Q3, export growth rate may recover in Q4 – read

According to the Ministry of Digital Transformation of Ukraine, since July 2020 over 7.5 thousand Ukrainian towns with a population of 1.5 million have gotten access to the 4G – read

GIG-employees are the new players in the Ukrainian IT-field. Thanks to the draft law №4303, a new form of employment is becoming increasingly integrated into the Ukrainian legislation: GIG-employees, which allows IT companies to enjoy truly flexible working conditions, says Oleksandr Bornyakov, Deputy Minister of Digital Transformation and Head of project Diia City – read

The Digital Transformation ministry is launching an English-language version of Diya.Biznes, its online platform for entrepreneurs doing business in Ukraine. The platform features a map of the business support infrastructure, including incubators, accelerators, business support centers, foundations and business associations in each region of Ukraine – read