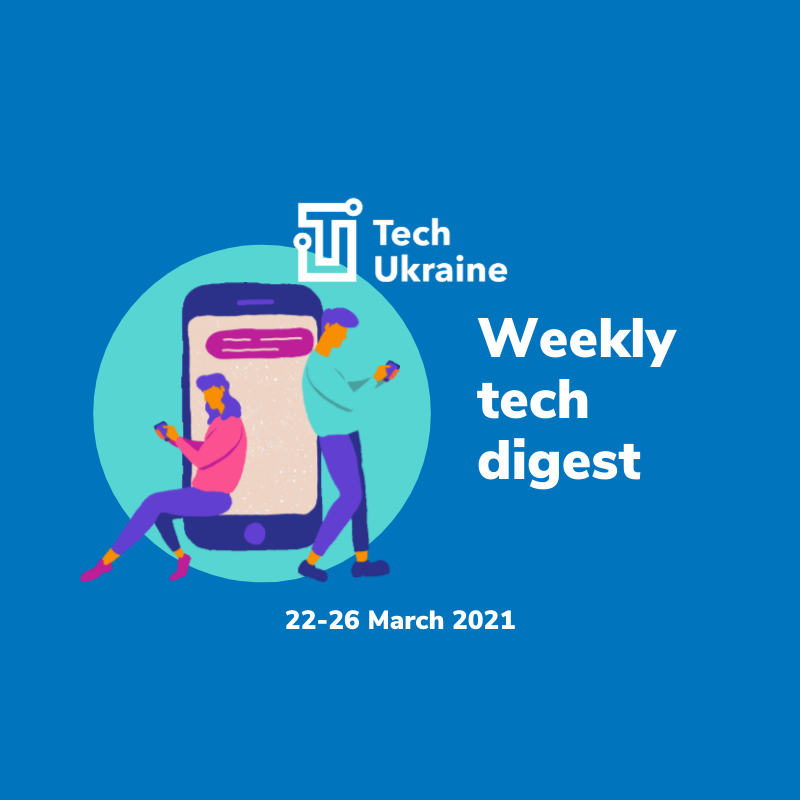 The corporate group Playrix has acquired the Ukrainian game developer Boolat Games, based in Kyiv and Poltava. The amount of the deal was not disclosed. The company will join Playrix under the renewed brand name Boolat Play – read

25th of March the Global Sourcing Association announced Ukraine the winner of the annual award Delivery Destination of the Year. IT exports to GB in 2020 grew up to 50% and reached $350 Mln. Now it’s equal to TOP 3 trade goods export: black metals, corn, oil seeds – read

U.S. inventor of Ukrainian origin Lubomyr Romankiw, 89, was awarded the Order of Prince Yaroslav. Mr. Romankiw is most noted for the development of a magnetic thin-film disk storage technology and the read-and-write magnetic head that revolutionized storage for all types of machines, from supercomputers to mobile devices – read

As part of Digital Literacy Week in Ukraine, Facebook has launched Get Digital, a Ukrainian version of a digital education program for parents, teachers, and teenagers. According to Facebook’s press service, Get Digital‘s lessons and resources are based on materials provided by Harvard University and the University of California, Berkeley – read

Apple is growing in Ukraine: On March 19, 2021, Apple posted another job opening in the Kyiv office. It is looking for a Country Field Staff Manager for the Sales and Business Development team. The company has already posted the third position for its Kyiv office. Officially, the company has not yet opened a representative office in Ukraine, but it has already registered a legal entity – read

Deputy Prime Minister – Minister of Digital Transformation Mykhailo Fedorov told about a special tax and legal regime Diia City: IT specialists, digital marketers, edtech specialists, e-sports specialists, designers and everyone who will work in Diia City resident companies will have the opportunity to work as freelancers, but at the same time have social guarantees. In particular, the Diia City project will double the number of IT employees – from 200 to 450 thousand in 4 years. It will also ensure the growth of the IT sector by 40-50% annually – today it is 20-30%. In addition, it will be possible to increase the revenues of the IT industry up to $ 16.5 billion. In 2019, this figure was $ 6 billion – read