ChoiZY: How are the startups doing? 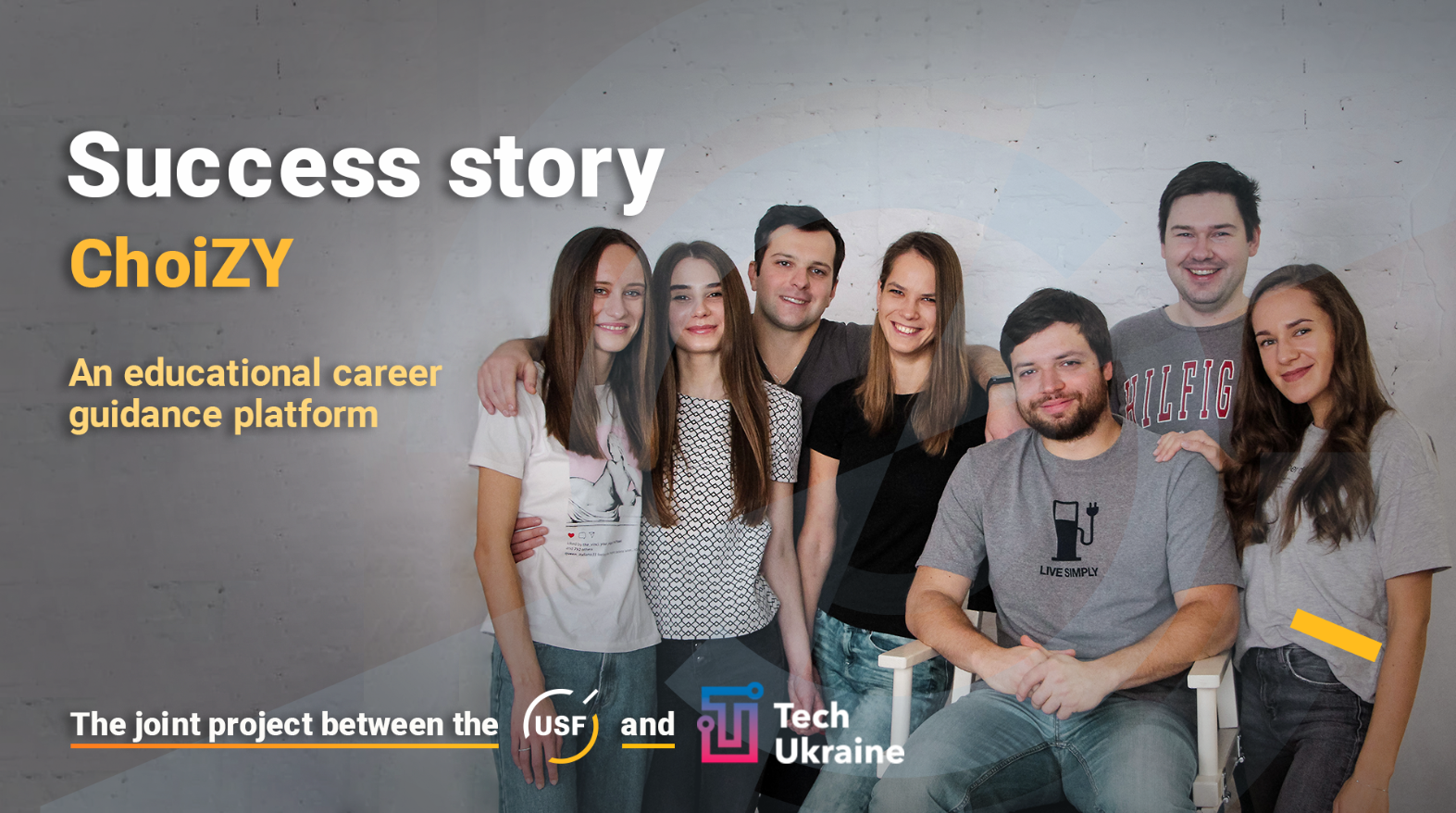 In cooperation with Ukrainian Startup Fund, a country-wide investment program that funds the most talented Ukrainian entrepreneurs, we start a series of articles with the winners of USF Demo Days.

The column “How are the startups doing?” is dedicated to the stories of teams that received a grant from the Ukrainian Startup Fund and now can tell about their successes and what they have achieved.

Meet ChoiZY that raised a $50000 pre-seed round for development – let’s discover what the project is about, where it is going to scale,  what kind of KPIs are on the agenda.

ChoiZY is an educational career guidance startup. Our goal is to help you choose a profession. For students who are only determined by the direction of study at the university, students looking for their first job and already working young people who have made a mistake and want to change their profession. In 2019 we launched an online platform for the Ukrainian market, and this March, we entered English-speaking countries markets with an application based on AI.

What was the story of the startup? Where did this idea come from?

The idea of ​​a startup did not come out of anywhere. In 2014, we created the educational company IBS Education, which initially conducted academic student projects and later began working in the field of vocational guidance for students. For 5 years of activity, we have held 20 career guidance camps in different cities of Ukraine, courses, and a conference. And in an instant, we realized that something needed to change. The constant quality improvement of the camps led to an increase in the price and decreased the number of participants. We sought to solve the problem of career guidance on a larger scale. So there was only one way – to online. And we did not just transfer our project online but created a new product under a new brand, thus launching ChoiZY in 2019. 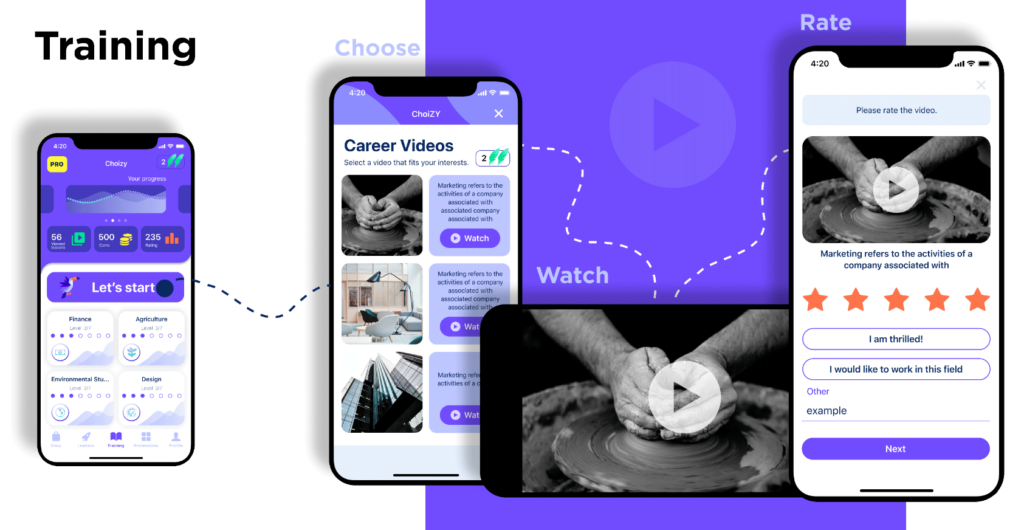 When we decided to launch a startup, it didn’t have a name. Given that it was supposed to be a web platform at that time, we just called it a “platform.” Later, after working out the ideas, financial forecasts, and selection of the team’s first members, we decided to focus on the name. All came with prepared versions, but after a few hours of brainstorming, about 5 versions were born, and among them was ChoiZY. We liked it the most because, in career guidance, the choice is the most important thing. And the letters Z and Y at the end denote the generations that are our primary target audience.

Yes, the grant we received gave us a significant boost to complete the application. Thanks to these funds, we were able to introduce artificial intelligence into our product. After completing the Grant program, we were able to qualify for the American ALTS Capital Accelerator, located in Boston. We were also awarded various ratings from delo.ua, MC Today, Focus, and Ukraine Innovations. In addition, we became semifinalists of the IT Arena competition and finalists of the startup competitions Startup Touch and Zima Magazine. But this is not the most important thing for us. First of all, I am thrilled that the team of like-minded professionals has united around solving the problem of career guidance, and it is a pleasure to work with them. And secondly, thousands of satisfied users could make the right and essential choice thanks to our products.

After the release of our application in March, it is now available for download worldwide. But now our primary focus is the UK and European countries with a high level of English as our application is exclusively in English. Our AI must first be learned in one language, and then it is possible to connect with others. We also plan to enter the United States market by the end of this year.

How are you finding working with the Fund?

A grant is an excellent opportunity for a startup to take the first important steps. The money raised at the beginning of the activity from the Fund allows you to run an MVP as much as possible and test several hypotheses. The grant is a step forward and an opportunity to get to the first angelic investment. Significantly, such an initiative has been implemented in Ukraine. I is a powerful boost for existing startups and a clear signal for future founders.

The key advice is not to be afraid on the one hand but to soberly assess your strengths on the other. Most importantly, future founders should know about the startup that is a work. The really very hard work. Completely unpaid work in the early stages. But with a completely unpredictable result. If you are ready for this, then welcome to our exciting and crazy world of startups. 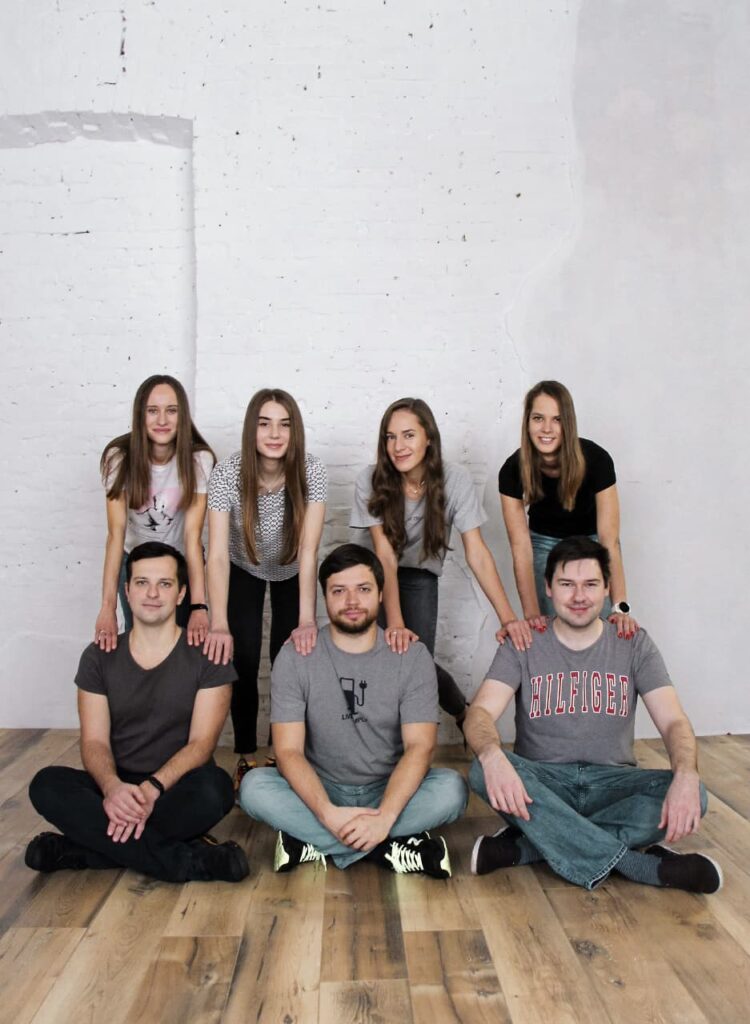