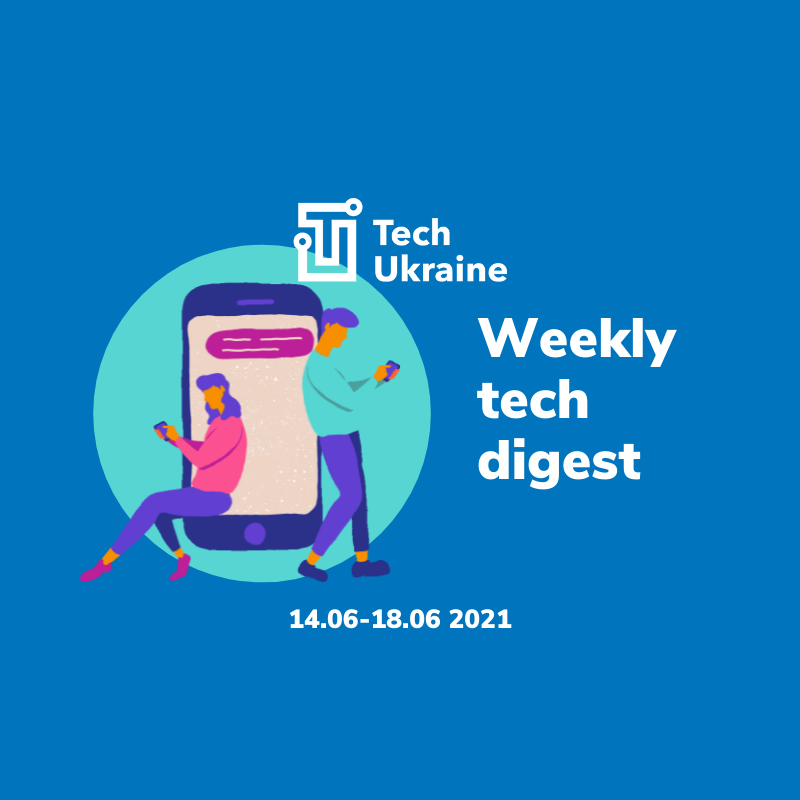 What has happened in the Ukrainian tech market during the 14-18 of June 2021?

The International IT company with offices in Belarus, the United States, Germany, the United Kingdom, the Netherlands, Canada, and Poland VRP Consulting, a Salesforce Platinum Consulting partner, has opened its first office in Ukraine and plans to expand its staff to 100 people in Ukraine by the end of 2021 – read

Ukrainian fruits and vegetable delivery service OVO raised $350 000 in a seed round at a pre-money valuation of €3 million led by TA Ventures, and the ICLUB private investors club, and Imperia Holding invested in this round – read

The Ukrainian-Belorussian team launched the new media of tech in Ukraine – dev.ua. The media project will produce exclusive stories of tech, innovations, inventions in Ukraine and abroad, and their impact on society. The portal is in Ukrainian and Russian – read

Volodymyr Usov, a former Chairman of the State Space Agency of Ukraine, who previously developed Kwambio and Gutenbergz startups, introduced a new project — the ACE One combat drone. Former president of Antonov subsidiary Alexander Los became chief designer and head of the board of directors of the developer Air Combat Evolution – read

Ukrainians received about $400 million in profit from bitcoin investments, ranking 10th highest in the world, according to the Digital Transformation Ministry, citing a study by Chainanalysis. The top three were: US – $4.1 billion; China – $1.1 billion; and Japan – $900 million. Six months ago, the Rada approved on first reading a bill, ‘On Virtual Assets,’ which would provide legislative regulation of a market for crypto-assets – read

Lviv-based SoftServe, a tech company with 38 offices in 9 countries, will build a high-tech ‘campus’ on an extensive 13-hectare site of a former prison in a southern part of Lviv city – read

Ukrainian Cardiomo was awarded as the Best Biometrics Innovation in Healthcare by Juniper Research, a think tank for digital technology markets – read

Interview MacPaw Founder & CEO Oleksandr Kosovan for “The first people” podcast is about the future of the Ukrainian tech industry, estimation of MacPaw and competing with Apple – read