Skyworker: How are the startups doing? 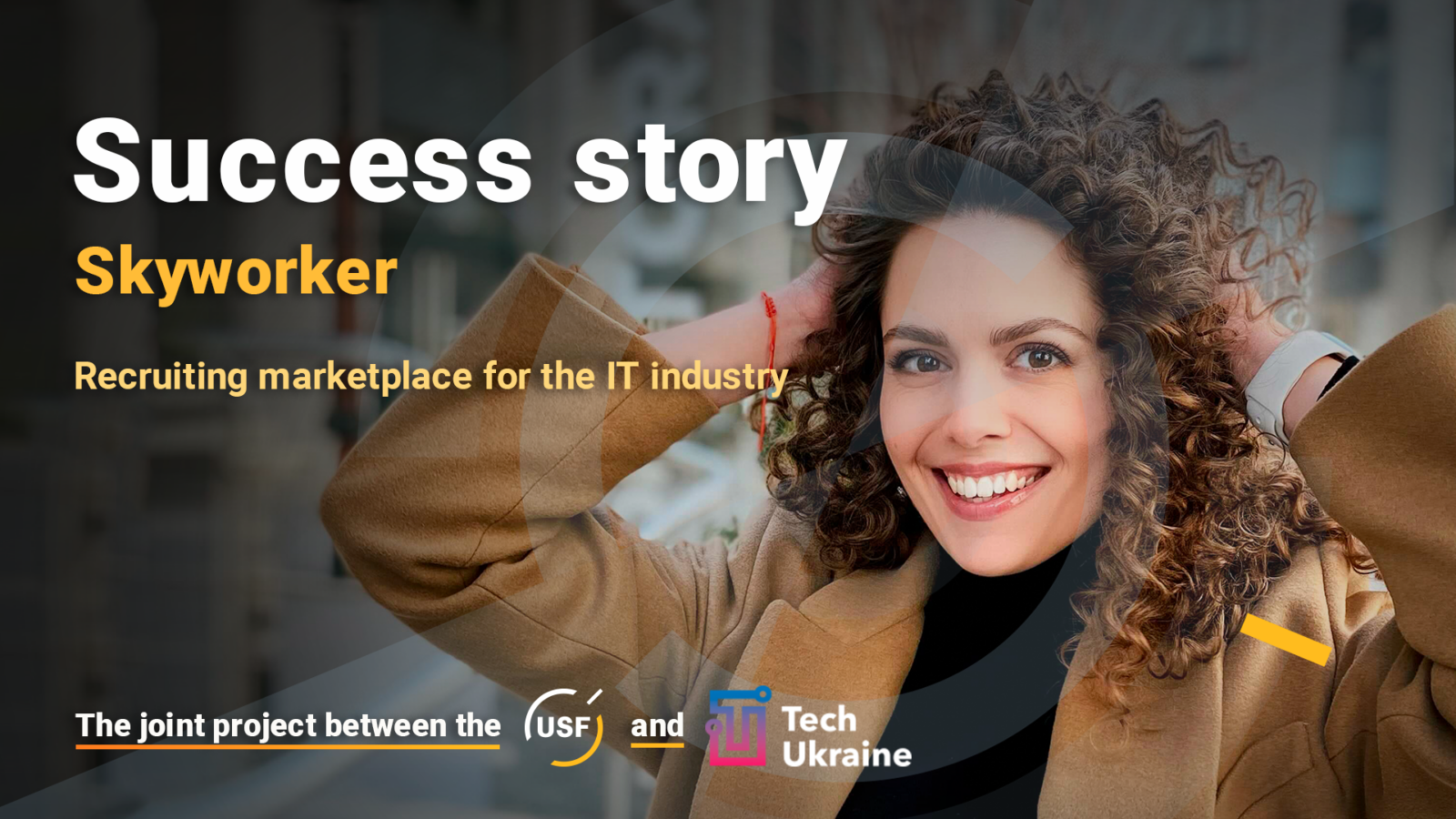 In cooperation with Ukrainian Startup Fund, a country-wide investment program that funds the most talented Ukrainian entrepreneurs, we start a series of articles with the winners of USF Demo Days.

The column “How are the startups doing?” is dedicated to the stories of teams that received a grant from the Ukrainian Startup Fund and now can tell about their successes and what they have achieved.

Meet Skyworker that raised a $25000 pre-seed round for development – let’s discover what the project is about, where it is going to scale,  what kind of KPIs are on the agenda.

Skyworker is a recruiting marketplace for the IT industry. IT specialists called us “Tinder with vacancies”. Here they always see how many companies want to hire them on their terms. Developers only have to choose between two buttons “Yes, let’s talk” or “Not interesting”. This decision is easy to make because Skyworker has already asked for all the important information for recruiters. In this format, the platform generates a steady stream of job interview candidates for companies and recruiters do not need to do routine work.

The chilled-out “yes” or “no” decision format has become so prevalent for IT professionals that now Skyworker is gathering the most active candidates in the market, 73% of offers are answered by candidates, and we have achieved 300% growth in a month.

What was the story of the startup? Where did this idea come from?

The idea of ​​Skyworker came after 3 years of developing our own recruitment agency. Almost every working day there was an idea “what the hell?” Why in a world where people launch rockets into space, do we have to spam candidates every day with messages that they ignore in 90% of cases? ” This was the case with all IT recruiters and no hiring platform offered anything new.

We had the experience of both developers and recruiters. This experience made our team fall in love with the field, but working with those old methods meant extremely irritating the candidates and spending their last nerve cells. We decided to make a platform in which hiring will not irritate anyone. Thus Skyworker began. 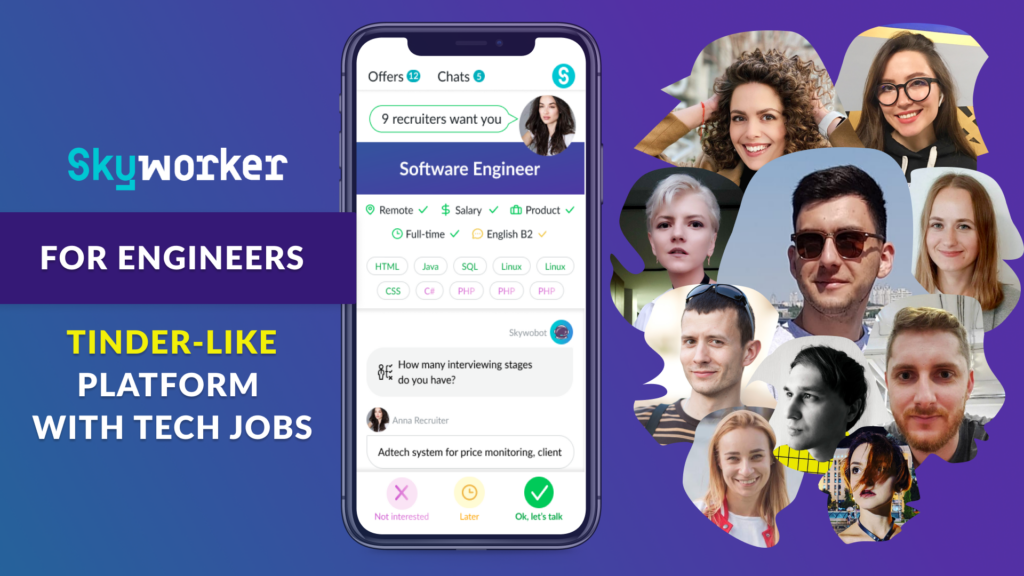 Skyworker is not just a name, it is a type of person!) In our recruitment agency, we started to divide people by type according to their attitude to their career.

The fourth type – Fireworker: people who are passionate about their own business –  entrepreneurs.

During this time, Skyworker began to receive messages from users-developers: “I have not received such a buzz for a long time as I enjoy on your platform”. Also, we received feedback from customer companies: “Skyworker works wonders.” 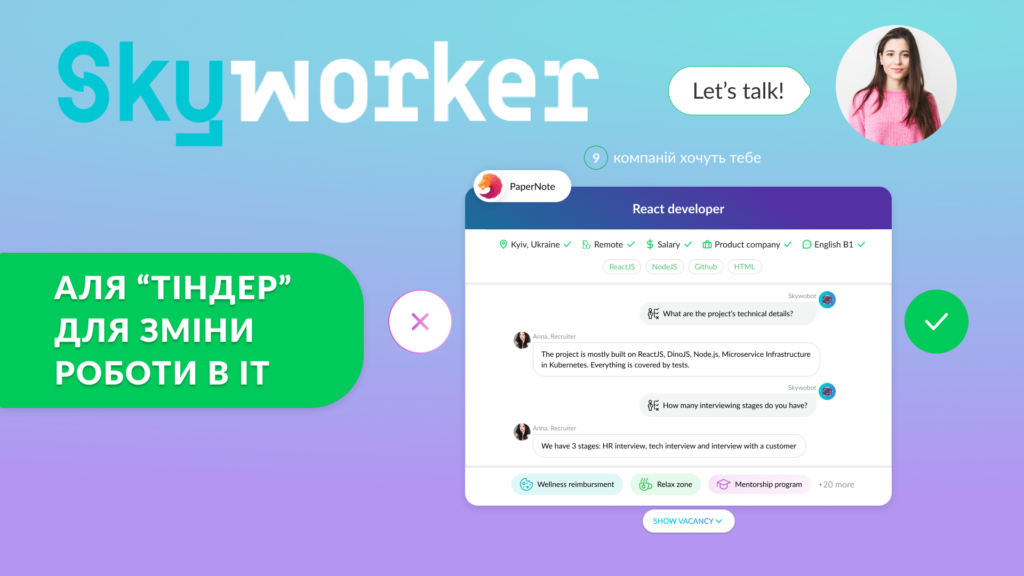 We like to talk more about the results in public than about the plans. The only thing we can say is that Skyworker is not going to slow down. At present, our clients are already international companies and there are more and more of them. Significant news is planned soon, which we are not disclosing now.

How are you finding working with the Fund?

The Fund gave us a serious “safety cushion” to start. They believed in us and it coincided with the period when Skyworker started to win with this idea at international startup competitions. It was a whole mess of stuff and the grant from the Fund was a support for us in the desire to work harder. Glad we had met the expectations.

Talk to potential customers before you have something to show them. No matter how much experience you have in the field, if you do not talk to customers, then most likely you will make a product that only you will need. Skyworker is so fast because we are in touch with recruiters and developers every day. They turn their souls inside out, tell their stories, and our task is to make their future stories with the help of our software be only in positive colors. Read the book The Mom Test, it is worth starting with it before going to talk to potential customers.

Read the article in Ukrainian 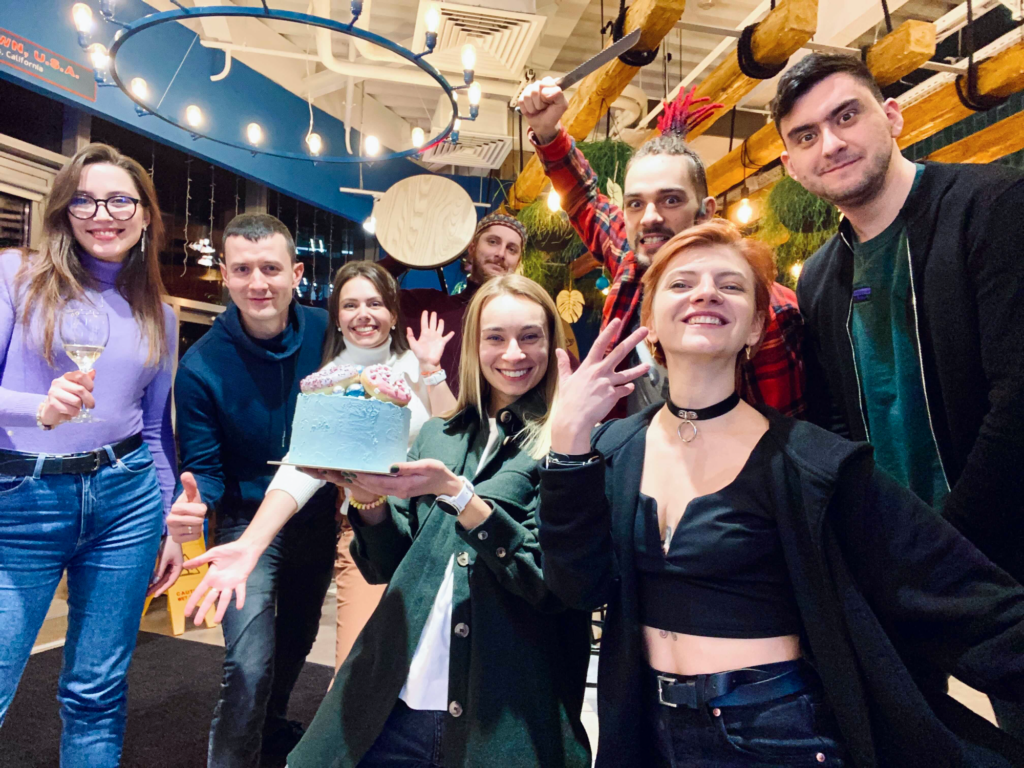