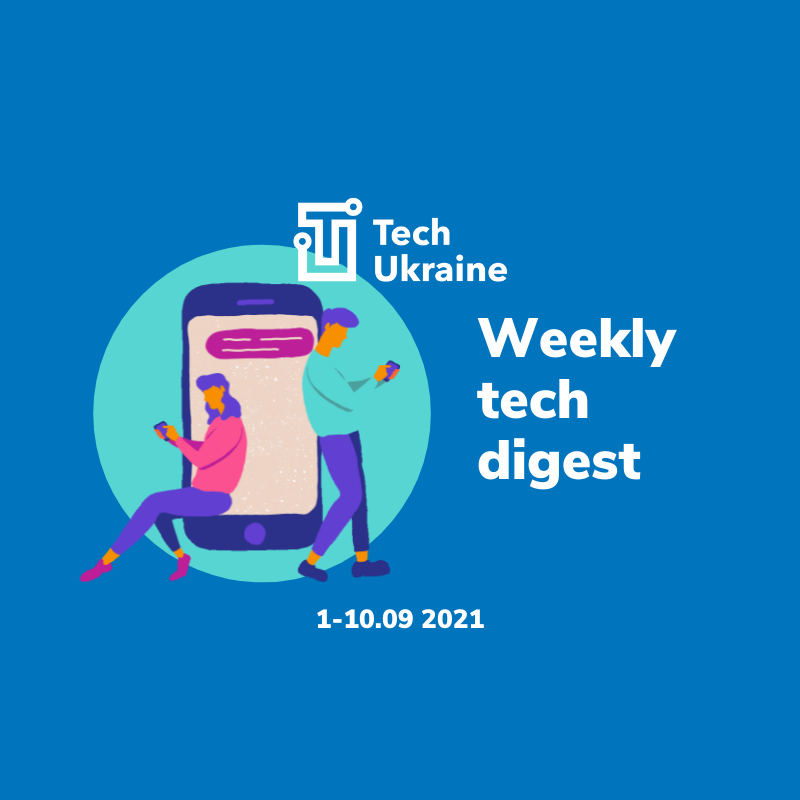 What has happened in the Ukrainian tech market on 1-10 September 2021?

German fintech platform Solarisbank AG opened an R&D office in Kyiv, Ukraine. Solarisbank is the first Banking-as-a-Service platform with a full banking license that enables companies to offer their own financial products – read

Ukrainian Revenue Grid (ex-Invisible.io), the Revenue Operations and Intelligence platform, announced it has closed $20 million in Series A funding to transform the B2B sales process through AI-based revenue insights and Guided Selling strategies. The round was led by W3 Capital Holdings, with participation from ICU Ventures and existing investors – read

Ukrainian startup Legal Nodes has been chosen to work with one of the world’s top seed accelerators, Techstars. Legal Nodes will receive $120,000 and mentoring from Techstars’ experts in London, in exchange for around 6% of the company – read

Ukrainian neobank Monobank acquired Expirenza, a Ukrainian online platform for companies to collect feedback about their services from the customers, founded by Alexandr Gudkov and Mykhailo Mykhailo Seletskyi. The amount of the deal is not disclosed – read

The winners of Pitch Alley participants within U Tomorrow Summit – Zeely App, Noty.ai, Organization.GG. They received $13,000 in funding and $65,000 to enter the European market, find partners and complete the necessary documents from the Connect Poland Prize LPNT and Lublin Science and Technology Park – read

Ukraine took fourth place in the rating of the global cryptoasset perception index in 2021, compiled by the U.S. analytical company Chainalysis. According to the data on the Chainalysis website, the first three places were taken by Vietnam, India and Pakistan. Kenya took fifth place. The United States came in eighth, China 13th – read

Kharkiv IT Cluster presented a report of the regional IT industry research titled KHARKIV IT RESEARCH 2021 conducted in partnership with KPMG. According to the results: the regional industry includes over 510 service and product IT companies; the number of IT specialists has exceeded 45,000; the IT industry in Kharkiv has grown by 29%, and its total sales volume in 2021 is estimated at 1.5 billion USD, which is a +53% growth vs 2019 – read

Parliament legalizes virtual assets in Ukraine. The bill on virtual assets was adopted by the Verkhovna Rada at the second reading on September 8. The new law will create favorable conditions allowing companies to register in Ukraine, and not abroad. Taxes have not been paid on any transactions with virtual assets – read

During the President’s working visit to California, Volodymyr Zelensky discussed with Apple CEO Tim Cook the possibility of Apple building a data center for iCloud services in Ukraine, following the example of the center, which was built in Denmark. The parties also discussed the census project and the Ukrainization of Siri’s personal assistant – read

Alpha rocket, owned by the U.S. aerospace company Firefly Aerospace that was founded by Ukraine-born entrepreneur Max Polyakov, exploded two and a half minutes after liftoff on Sept. 3. This launch is a big milestone for Ukraine. Polyakov is the first Ukrainian who built and delivered a new rocket to the launch pad in independent Ukraine’s 30-year history – read

Fundamental project “Ukraine: Innovating for the Future” by BBC Future is about the country of innovative entrepreneurs who generate creative ideas – read

Interview with Ukrainian Maksym Kovalenko – the science star in one of the world-renowned ETH Zürich – Swiss Federal Institute of Technology, which is regularly featured in international rankings as the world’s best universities and the leading universities in continental Europe – read

KHARKIV IT RESEARCH 2021 by Kharkiv IT Kluster – read