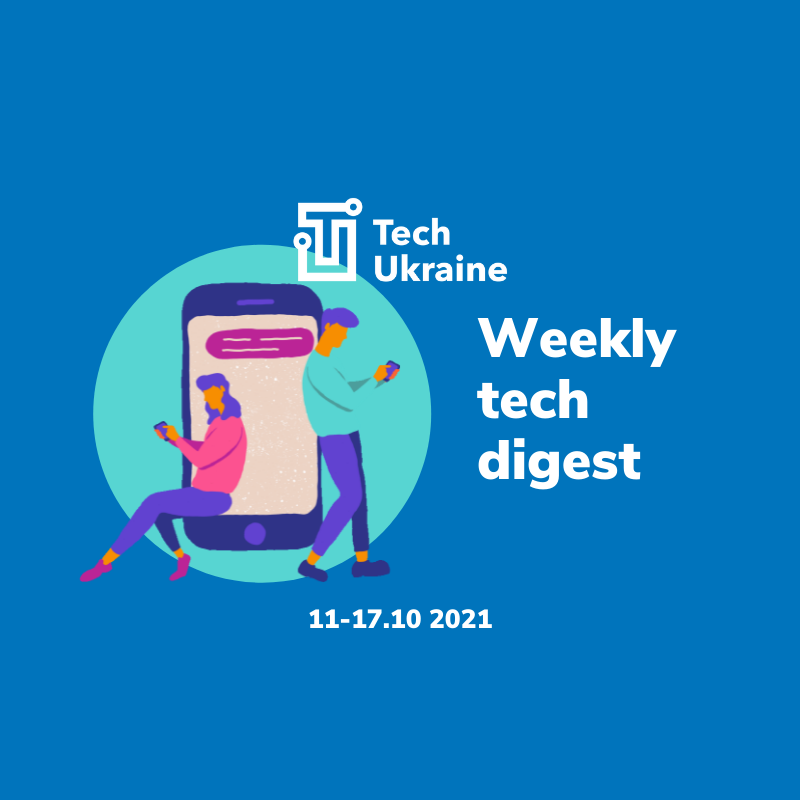 Solarisbank, Glovo, BlaBlaCar, Lyft, Revolut have recently opened the R&D centers in Ukraine. The article is about the case study of the Solarisbank R&D and why Ukrainian cities are attractive for international tech companies – read

Founded by Ukrainian Dmytro Zaporozhets, the DevOps Platform GitLab is taking over Nasdaq and Times Square with a valuation of $12 billion – read

Ukrainian Party.Space, a virtual event platform that is in between games and virtual events, has raised $1 million to scale up its metaverse-themed virtual events business. The round led by EQT Ventures, with participation TAVentures, Day one Capital, ICLUB – read

Facemoji, a plug-and-play tech platform to help game and app developers put avatar systems into their apps with the startup’s SDK, has raised a $3 million seed round led by Play Ventures, with participation from Twitter and Ukrainian Roosh Ventures, alongside some angel investors – read

Kyivstar will possibly acquire a fixed-line operator, Datagroup. The deal may be worth about $100 million, it became known to UBR from informed sources – read

Ukraine is joining the EU’s Horizon Europe research and innovation program, which has a budget of almost € 100 bln – read

On 11 October, representatives of business and government gathered at the EBA IT Conference by European Business Association to discuss the state of IT, tech education in Ukraine, prospects, and challenges of IT development – read

Key educational achievements in IT education for the 2015–2021 by IТ Ukraine Association: 12 systemic educational projects involving 72 companies and over 48,600 participants; educational conferences Synergy. IT Business & IT Education and IT Ukraine Education Summit – read

Kharkiv IT Cluster with the support of USAID Competitive economy program made the research of the labor market, softlanding for developers and tech specialists in Kharkiv – read

During 7-9 of October in Lviv, ІТ Arena 2021 gathered global changemakers, the most inspiring thinkers, Ukrainian and international tech community, and key stakeholders of the sphere. TechUkraine visited 3rd day of the event and wrote the article with the reflections on it – read

The Cabinet of Ministers of Ukraine adopted a resolution “On the Unified Ecological Platform EcoSystem” which defines EcoSystem as a national environmental automated information and analytical system integrated with the Diia portal. EcoSystem is designed to provide access to environmental information, as well as – effective electronic interaction between government, business and community to obtain administrative services in the field of environment protection – read

Within the 23rd Summit between Ukraine and the European Union, President of the European Commission Ursula von der Leyen commended the significant development of Ukraine in the digital sphere and highlighted important aspects of joint activities in the future, including the introduction of 5G, which will help move closer to the EU internal market – read