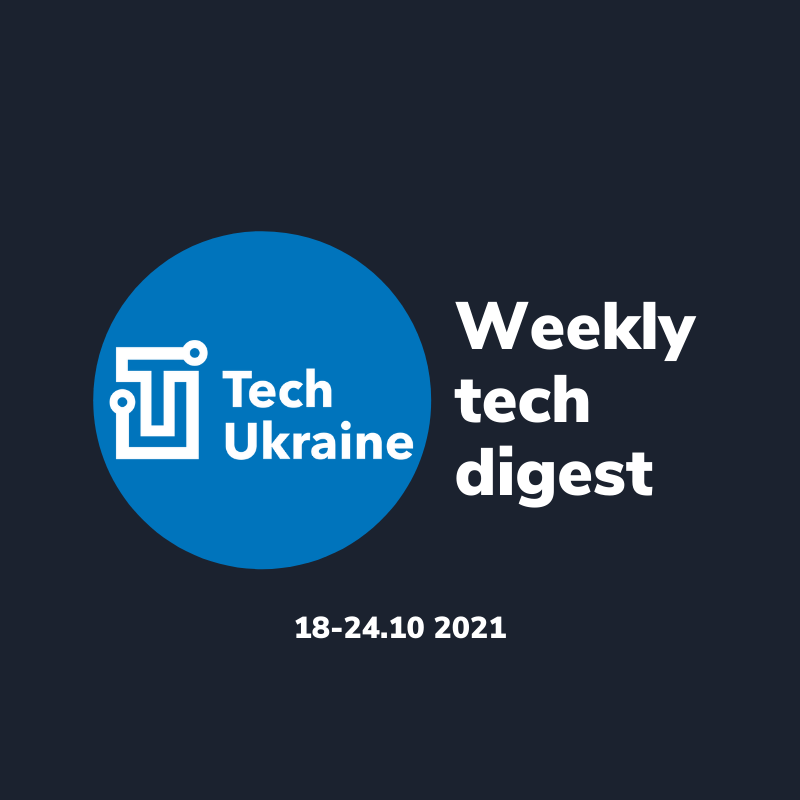 The largest Ukrainian tech company EPAM will open a new office in Ivano-Frankivsk at Promprylad.Renovation, an innovation center on premises of an old plant – read

Appsulove, a Belarusian company developing mobile applications and games, has opened an office in Kyiv. The game studio plans to hire up to 50 professionals – read

Aristocrat Gaming, an Australian gambling machine manufacturer, bought Playtech with Estonian and Israeli origin in order to consolidate the assets. The price agreed by the parties is A$5 billion ($3.7 billion). In Ukraine, Aristocrat Leisure Limited has been known since 2017, after it purchased the Israeli game publisher Plarium with offices in Kyiv, Kharkiv, Lviv, and Odesa for $500 million – read

Scopely, a US-based mobile game developer and publisher with an office in Ukraine, announced the acquisition of GSN Games, the gaming division of Sony’s Game Show Network (GSN) in a deal worth about $1 billion – read

Ukrainian medicine search and delivery platform Liki24 launches a mobile application for iOS and Android to improve the user experience. Pharmacy on the screen will provide access to 40,000 products from more than 5,000 pharmacies – read

2 Ukrainian esports players win The International, the biggest esports event by prize pool and viewership. The team consisting of two Ukrainians and three Russians won $18.2 million from a record prize pool of $40 million during the Dota 2 online game event in Bucharest – read

Ukraine presents the potential of the space industry to the world at the thematic week “Expo2020: Space Week”, a weekly event “UA Space Focus” in the pavilion of Ukraine within the Expo 2020 in Dubai – read

Ukraine is number one by RA Capital – read