Igor Mazepa, CEO and Founder of Concorde Capital: “We need to make our progress in tech visible to the rest of the world” 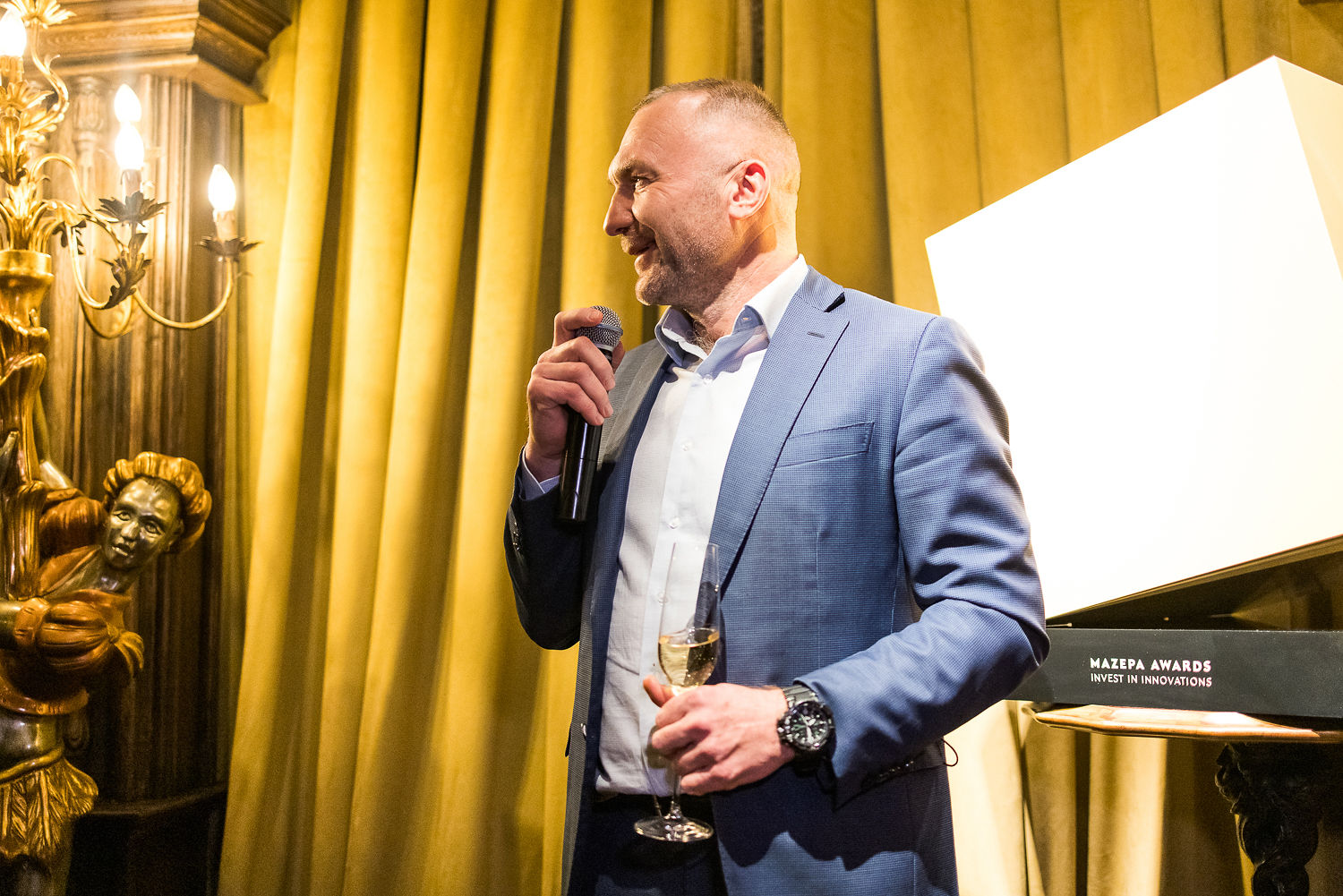 Igor Mazepa, CEO and Founder of Concorde Capital, initiated an annual award for investors in the field of innovation – the Mazepa Awards. It is dedicated to those who “invest in Ukraine not only money but also part of life”.

We asked Igor Mazepa about new approach of invetments focus on tech, mission and aim of the Mazepa Award, the idea of the project and partners, and about the future of the Ukrainian tech industry.

TechUkraine:  Why does Igor Mazepa, a renowned investor who has dealt with traditional industries for decades, focus on tech and Ukrainian innovations?

Igor Mazepa: For 17 years already, Concorde Capital has been attracting investments in Ukraine and helping Ukrainian businesses to grow. Our mission is to identify the next investment explosion and invest there. As we have 17 years of experience under our belt, it proves that we have huge expertise in this industry and our investment strategies work.

Now I am convinced that the future is in innovations.

That is why we have created an award for those who invest big money, great ideas, and great perseverance in the future of Ukraine.

TechUkraine: What is the mission and aim of the Mazepa Award? Why did you initiate it in 2021?

Igor Mazepa: While 10-20 years ago Ukraine was a country of oligarchs, now it is becoming a country of IT specialists and startups. Most funding is not in factories anymore. It is in ideas.

We always say that Ukraine is an amazing country with incredible people who make this world even better. Now, I think it’s high time to create the Mazepa Awards. The Award is given to Ukrainian tech companies that may change the world in the near future or change our lives today and the people who make it possible. 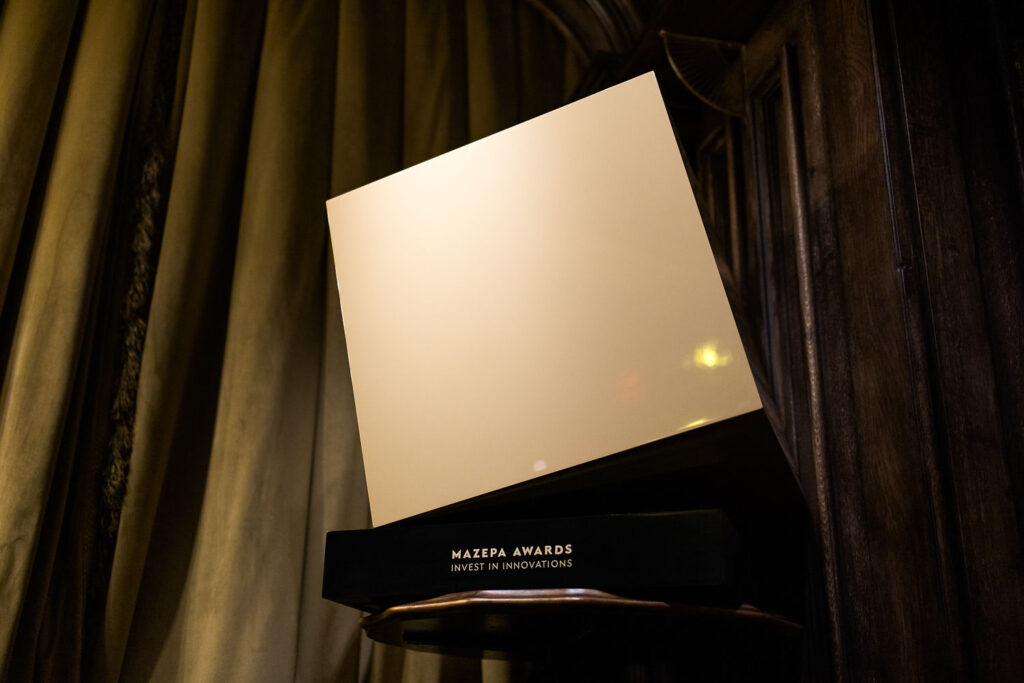 TechUkraine: Who are the partners of the Award? Tell us more about the team that runs the project.

A bit more details about them all:

We share goals and values. So now we are all partners.

TechUkraine: How was the idea of the project born?

Igor Mazepa: Venture investment in Ukraine is still in its infancy. To create a community, you need a whole infrastructure. We want to be one of the patterns that help to create it. The Awards will become a platform for networking between investors, funds, and startups which is, perhaps, the most precious thing for the market.

Besides, we launch the Mazepa Awards for having fun: to give people a chance to wear their tuxedos and evening dresses, drink a glass of champagne, chill with cool people, and celebrate the success of those who are changing our country. 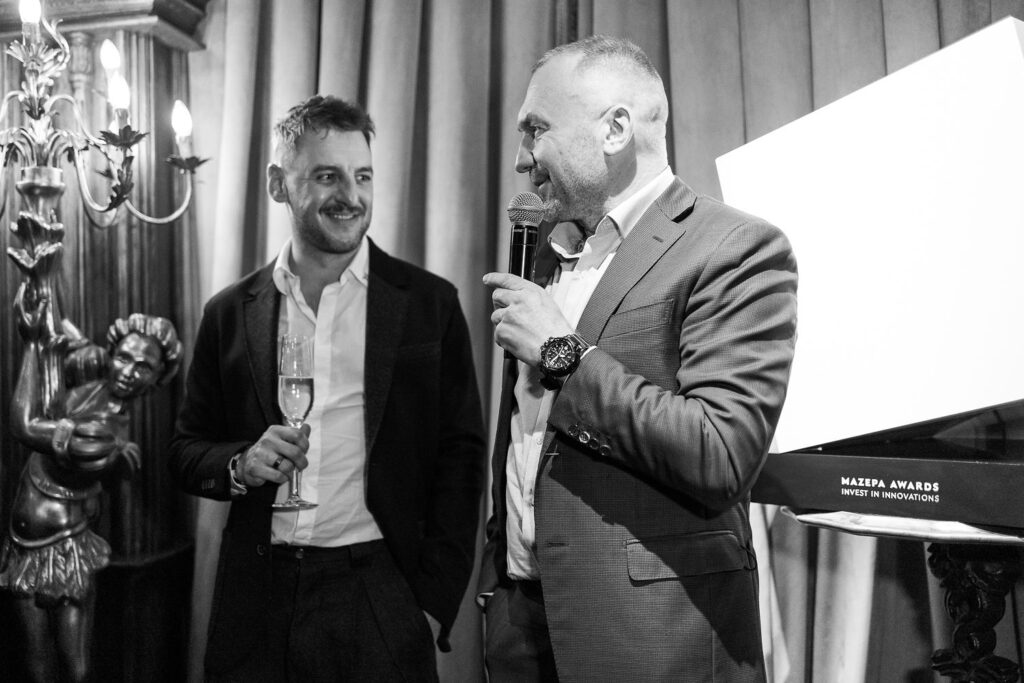 TechUkraine: What do you think about merging the boundaries of traditional industries and the epoch of breakthrough inventions in tech, digitalization, sharing economy, creative industries, crypto, etc.? What are the bubbles, and which of them will lead the future?

Igor Mazepa: It is a normal process that needs to be sped up. For sure, now every business uses technologies in one way or another, even in the most traditional industries, for instance, agriculture or real estate.

At the junction of techy and traditional industries, new industries pop up, such as FinTech, MedTech, etc.

However, I don’t have any bias towards them. Quite the contrary, we consider that this is a positive trend. That’s why we created a nomination for «Best Innovator in Traditional Field.» With this reward, we would like to honor those companies that aren’t afraid of changes and are ready for transformations.

TechUkraine: How to attract more investments in Ukrainian tech? What do you think about the Fund of funds, the Ministry of digital transformation’s project?

We need to make our progress in tech visible to the rest of the world.

I hope the Mazepa Awards will serve this goal, creating one of the much-needed startup ecosystem elements – a community of startup founders and investors who know the price of really good ideas.

I believe that both business and state should interact to build good tech and investment infrastructure. And the Ukrainian Startup Fund and the Fund of Funds are definitely the attempts from the state to facilitate this interaction.

TechUkraine: What could the Ukrainian tech industry be proud of? Which spheres are the most interesting for VCs and why?

Igor Mazepa: We should be proud of every company that has managed to attract investments from international funds. Everyone who makes a breakthrough and brings Ukraine to the global market deserves respect, including, of course, every project that is nominated in the Mazepa Awards.

Venture capitalists are the most interested in projects that will grow in value. In that context, I share Sergey Tokarev‘s opinion that it is necessary to focus on ML and AI.

With the high-profile projects and top developers that we have, the country has each and every opportunity to become the mecca of AI and ML solutions first, for Eastern Europe, then for the whole Europe and the whole world. 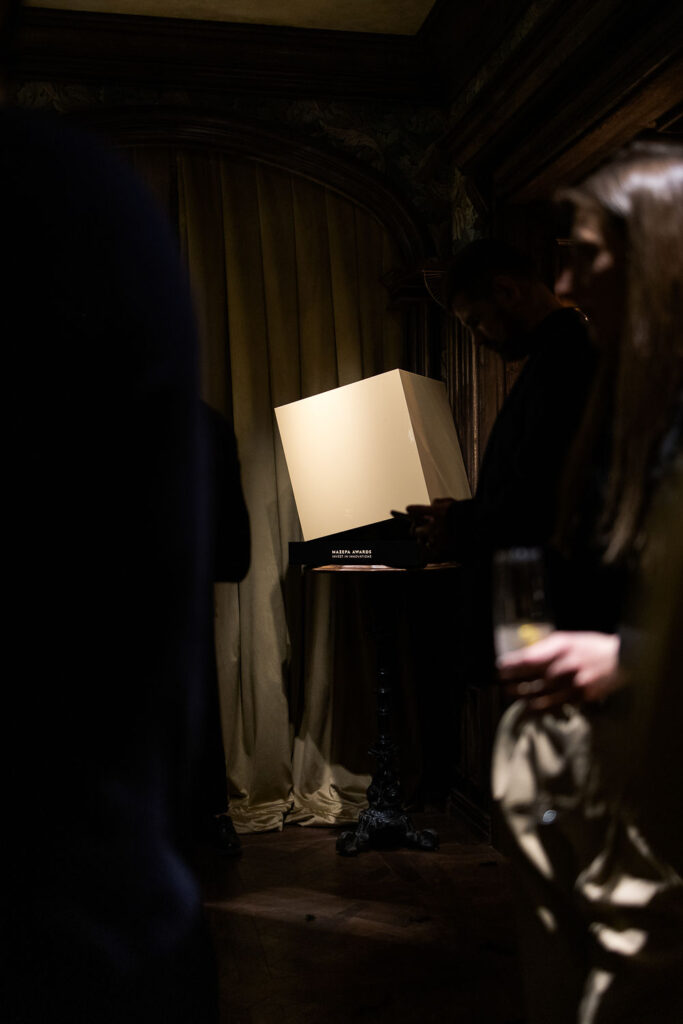