Ukrainian tech entrepreneurs donate to the Armed Forces of Ukraine and the charitable foundation Come Back Alive. On February 14, the portal DOU published a post asking IT professionals to ake charity donations to Come Back Alive. Previously, the foundation used to receive $25,000 each month. Today, that figure has already surpassed $100,000. In a scope for now, Ukrainian companies raised more then 16 MLN UAH.
Amid the looming war threat, a lot of tech companies and leaders joined the initiative:

“Uklon`s history seems to be a pretty long and exciting journey for us; still, more than a half of all operations history has passed during the war. “

Come Back Alive is one of the largest charitable foundations that supports Ukrainian soldiers, founded by the IT specialist Vitaliy Deynega. The organization collected more than 210 million UAH (more than $7M) in 2014. According to Na chasi, the Patreon page Come Back Alive is in the top ten projects by the number of financial donations.
via AIN.UA, Ukraine Business News, SPEKA
visual by Telegram channel Friends Family and Fools
#TechUkraine
#StrongerTogether
#staywithukraine 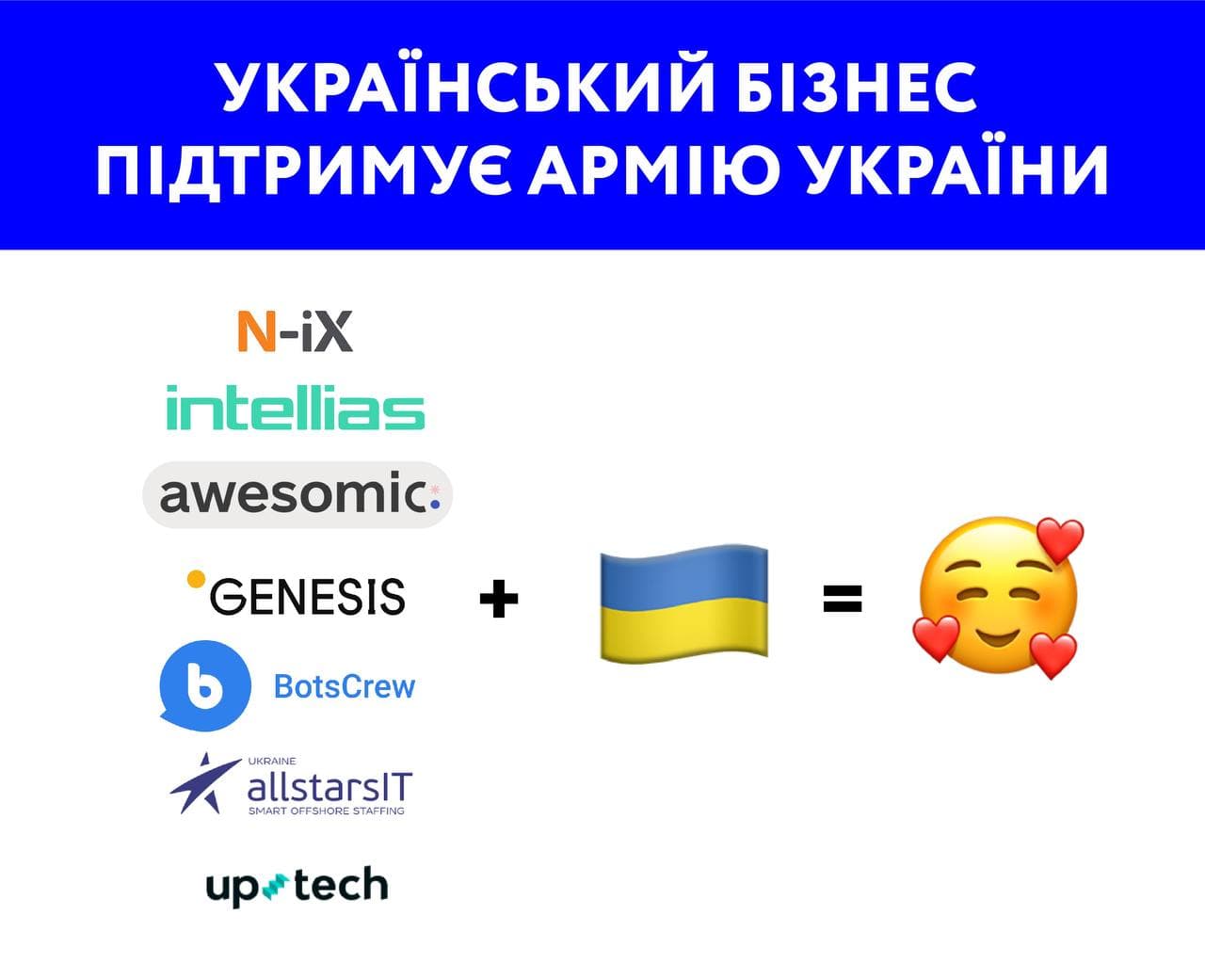