Marketplace: Tech companies around the world depend on Ukrainian workers. Now they’re trying to help them

Over the last few years, Ukraine has become an essential part of the global tech economy. Last year, it exported $6.8 billion worth of technology services, up 36% from the year before.

International companies have turned to Ukraine for its educated engineering and computer science workforce — and its low wages compared to other parts of Europe. So when Russia invaded Ukraine, it wasn’t just countries that went on high alert; companies did too.

“For the Ukrainian economy and for us as a country, it is of course very important also to keep the economy going,” said Nataly Veremeeva, the director of TechUkraine, a group devoted to growing the industry there.

Since Veremeeva, a Kyiv resident, can’t really do her regular job, she’s working to make sure the rest of the world understands what’s going on in Ukraine.

“The distinguished feature of Ukrainians is self-organization. So, you see that there is some area that needs to be covered, you gather your like-minders, and you start doing,” she said.

Veremeeva believes this can-do mindset will help Ukrainians get through the present — and hopefully protect the country’s future. 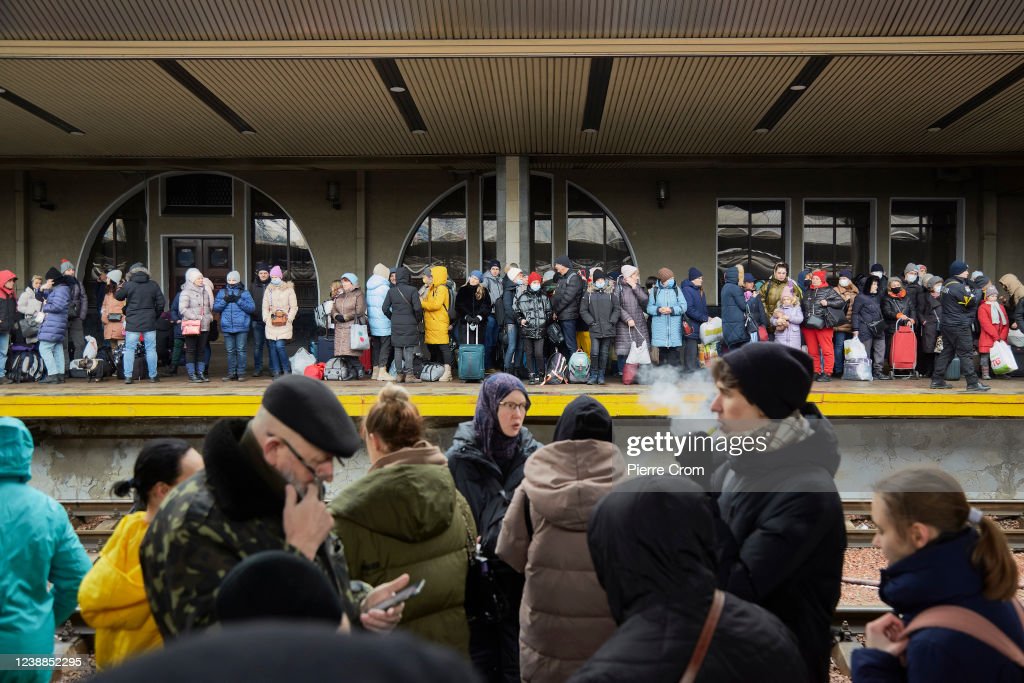