Ukrainian IT companies donated 24.5 million dollars during the first 10 days of the war

Ukraine’s IT industry, being the third-largest in the country’s export earnings, continues to operate and financially supports the Armed Forces of Ukraine and the state as a whole.

According to IT Ukraine Association, only during the first 10 days of the war Ukrainian IT companies donated *:

“Ukraine’s IT industry has demonstrated great resilience and adaptivity in these extreme conditions thanks to the Business Continuations Plans, which were developed long before. For the IT industry, people are the top priority, consequently, companies spend millions of dollars and make huge efforts to support the army and humanitarian projects. IT specialists with military experience and skills have joined the Armed Forces of Ukraine and the territorial defense units. The rest, thousands of experts, are fighting Russia on the cyber front, fulfilling their work duties and ensuring the receipt of currency to the state budget. In this way everyone contributes to our victory,” said Konstantin Vasyuk, executive director of the IT Ukraine Association. 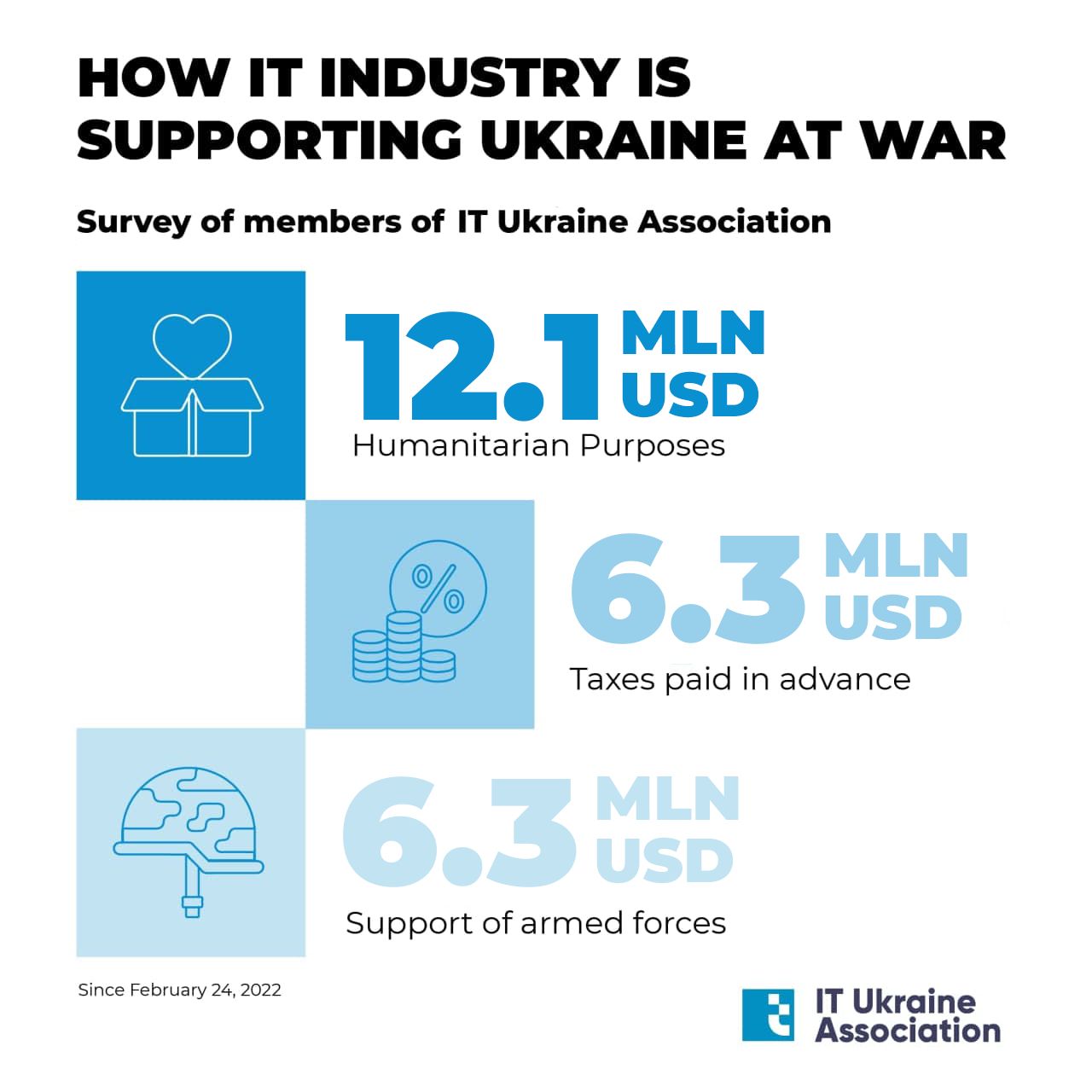