Emerging Europe: The West should already be planning how to finance Ukraine’s reconstruction

Ukraine’s economy has so far held up well. But the costs of reconstruction are likely to be high, and western allies should already be thinking about how the recovery will be financed.

The impact of the full-scale invasion launched by Russia on February 24 on Ukraine’s economy and society is already dramatic and will become even more so.

Almost two million people have fled the country, while many more have become internally displaced, adding to the hundreds of thousands who had already fled fighting in eastern Ukraine since 2014. Sea ports and airports are closed and have been damaged, and many roads and bridges have been damaged or destroyed. Economic activity in Ukraine is likely to contract by well over a third this year.

Whatever the outcome of the current war Ukraine, which began when Russia launched a full-scale invasion of the country on February 24, the cost of reconstruction is likely to run into the hundreds of billions.

According to Olga Pindyuk, an economist at the Vienna Institute of International Economic Studies (wiiw), speaking on March 8 at a webinar looking at what the West can do for Ukraine, the country’s economy has so far held up well. The government has been adamant that it will not default on any repayments of its current international financing commitments, in large part thanks to its healthy foreign currency reserves of around 27 billion euros. Repayments this year total no more than six billion euros.

There have nevertheless been calls for part, or even all, of Ukraine’s foreign debt to be cancelled, so that urgently needed social services and humanitarian assistance can be instituted immediately and in the future.

“Ukraine will have to receive a lot of financial assistance. The EU must have this in mind now,” Olga Pindyuk, an economist at the Vienna Institute of International Economic Studies (wiiw), said, adding that any reconstruction must promote technology.

Ukraine already had big plans to boost its IT sector considerably. “We want to transform Ukraine into a country of start-ups,” Zelensky said in February, before the new Russian invasion. “We expect the technology share of GDP to grow from four to 10 per cent by 2025, up to 16.5 billion US dollars, making us the largest tech hub in Europe.”

When it emerges from the war, the IT sector is likely to be more important than ever. 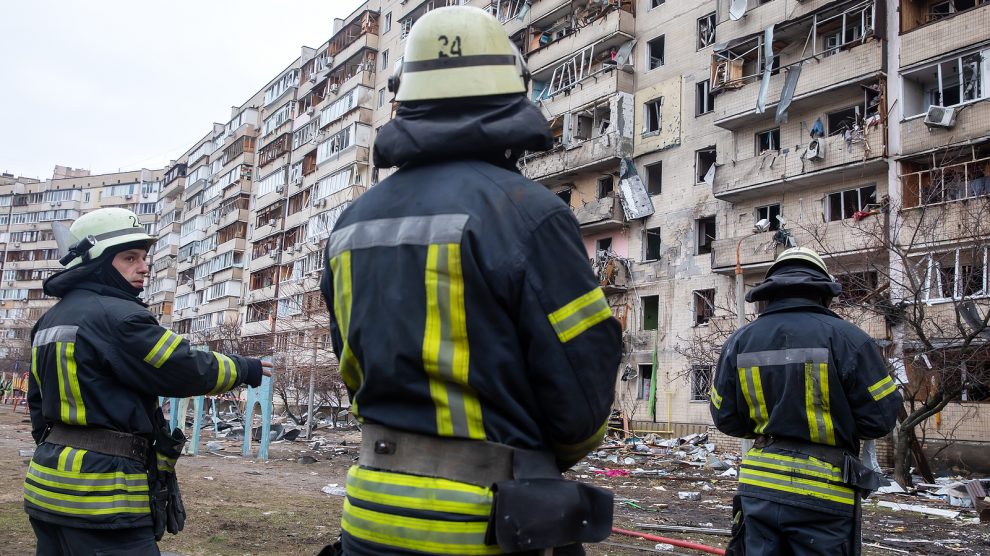