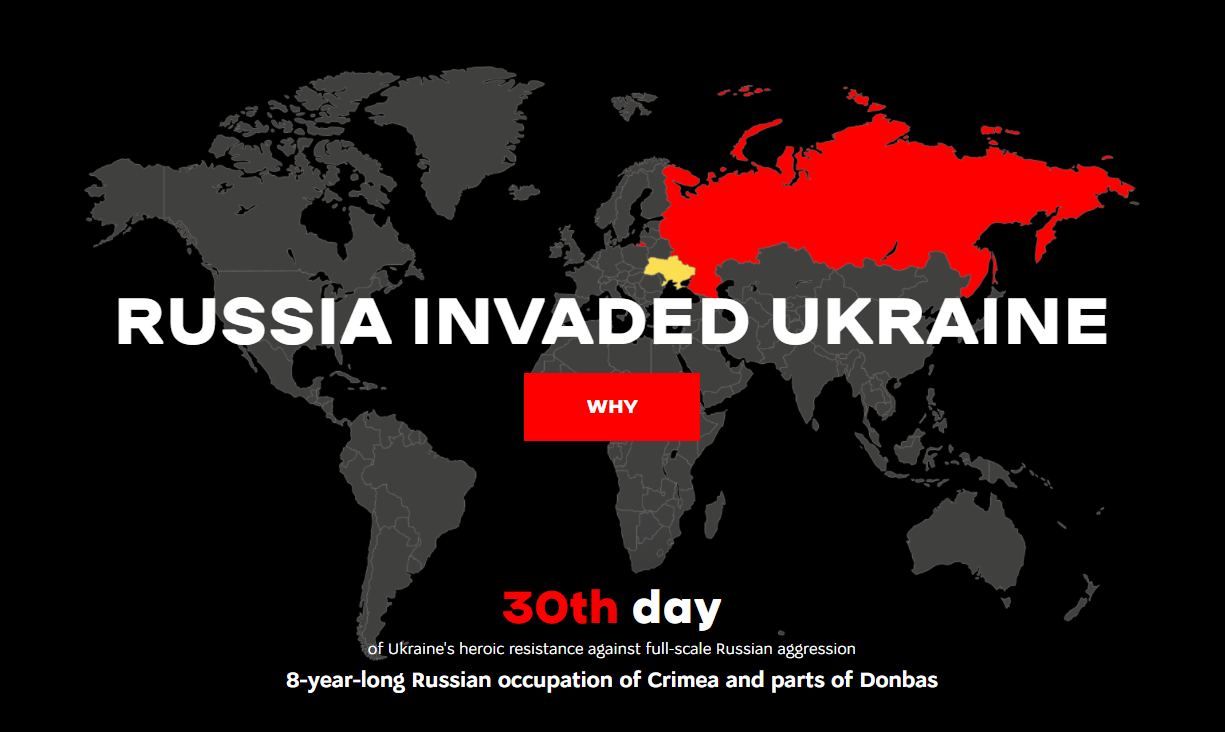 A month of brutal Russian aggression against peace, democracy and freedom. 30 days of heroic Ukrainian resistance.

While credible reports state that the Kremlin expected to defeat Ukraine and occupy key cities in 2-3 days, the Ukrainian Armed Forces, backed by millions of volunteers and the support of the entire 40+ million Ukrainian population, have stopped the aggressors in their tracks.  A nation united in its fierce love of freedom, Ukrainians have mounted a resistance that shocked the world.

The war has developed in several key aspects:

The numbers show that Russian aggression is fast approaching the scale and character of genocide: 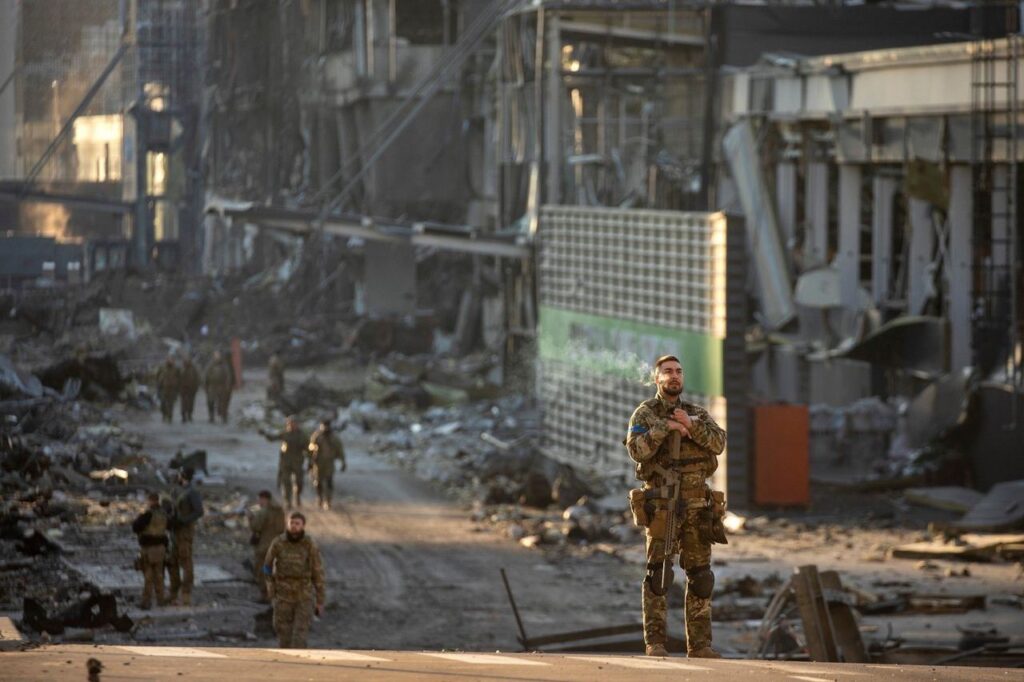 Yet Ukraine’s resistance and will to fight for their country remains strong:

The world has stood with Ukraine by imposing sanctions against Russia, supplying arms to Ukraine, delivering humanitarian aid, helping Ukrainian refugees and more. However, Russia continues its war crimes and its unspeakable aggression against a sovereign and free European country. The war in Ukraine  is not over. It continues to be the front line of defence of civilized values, peace and democracy. The world needs to stand together until Russia stops its inhumane and unlawful aggression.