Business Insider: Elon Musk discusses the war in Ukraine and the importance of nuclear power

The interview took place at Tesla’s factory in Fremont, California, and the men discussed Russia’s invasion into Ukraine, space travel, and what makes human beings special.

Mathias Döpfner: Before we talk about the future, let’s look at the present. There is war in Europe. If you see the horrible images of Putin’s troops invading Ukraine, killing people. What are your thoughts?

Elon Musk: It is surprising to see that in this day and age. I thought we had sort of moved beyond such things for the most part. It is concerning. If you can get away with it, then this will be a message to other countries that perhaps they could get away with it too.

“I think the American government has done more than people may realize. But it is just not been very public. But it is important to do something serious. We cannot let Putin take over Ukraine. This is crazy.”

Döpfner: You did something very concrete, 48 hours, upon the request of the digital minister of Ukraine Mykhailo Fedorov. And that was delivering Starlink material in order to grant internet access. What was the motivation, and how is it developing?

Musk: We did think that Starlink might be needed, and we took some preemptive actions to ensure that it could be provided quickly. When the request came, we acted very rapidly. It is worth noting that the satellite internet connectivity of Ukraine was taken offline by a cyberattack on the day of the invasion permanently. The cell towers are either being blown up or they are being jammed. There is a major fiber backbone which the Russians are aware of. It was quite likely that they will sever that fiber link. This would leave Ukraine with very few connections open. So Starlink might be, certainly in some parts of Ukraine, the only connection.

Döpfner: “How do you feel, being — at a net worth of $260 billion roughly — perceived as the richest person on earth?”

Musk: “I do think that Putin is significantly richer than me.” 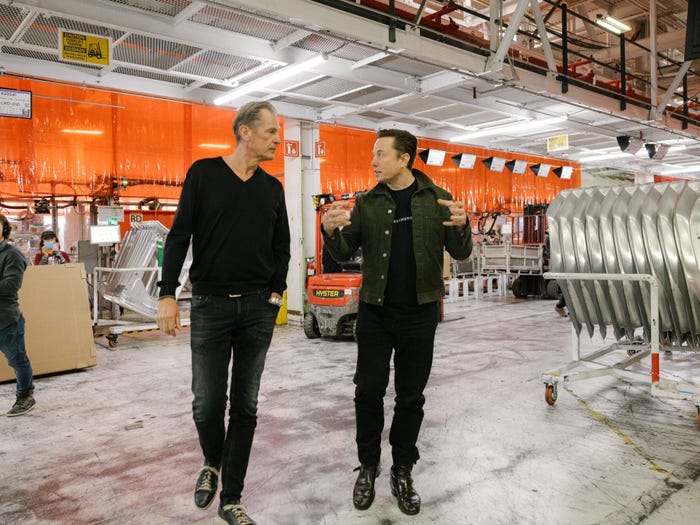