The State Service of Special Communication and Information Protection of Ukraine: The War in Ukraine: Pulse of Cyber Defense – Weekly analytics, March 26, 2022

The largest since World War II, war on the European continent continues not only on the land and in the air, but also in cyberspace. The State Service of Special Communication and Information Protection of Ukraine is responsible for the standards of cybersecurity in the country and takes an active part in its defense. The lessons of this war are extremely important for enhancing the protection of democratic states attacked by aggressive countries like russia. To this end, SSSCIP Ukraine initiates providing public analytical report as to the state and means of cyberdefense. Cyberhub of SSSCIP Ukraine will publish its data and conclusions that may be used by the world community for their own defense.

In general, between March 15 and March 22, computer emergency response team CERT-UA registered 60 cyberattacks. The State Service of Special Communication and Information Protection of Ukraine does not register serious activities similar to those at the beginning of the year.

During the month of the war, CERT–UA registered 198 cyberattacks. During  the same period of time last year, their number was 76.

More than half of the attacks are attempts to collect information and to  spread malicious software. Among the top five methods of cyberattacks  are: intrusion, loss of availability, and loss of information properties.

All in all, between March 23 and March 29, CERT–UA registered 65  cyberattacks. That is five attacks more than the previous week. Both focus  and popular methods of attacks remain unchanged.

Similar to the previous reporting period, the State Service of Special  Communication and Information Protection of Ukraine did not register  activities as serious as those registered at the beginning of the year.

During the reporting period, Ukraine’s infrastructure was cyberattacked by  at least the following groupings (according to CERT–UA classification):

These groupings are affiliated with the governments of russia and belarus.  It’s not the first time when they attack Ukraine’s state bodies. The primary  aim of these groupings is collecting the users’ data as well as spreading  malware.

On March 28, a powerful cyberattack against infrastructure of  telecom-operator Ukrtelecom was launched. For the sake of preserving  network infrastructure and further providing services to Ukraine’s  Armed Forces, other military formations and critical infrastructure users,  Ukrtelecom temporarily limited its services to the majority of private users  and business clients.

Cybersecurity specialists promptly reacted to the attack. Less than within  24 hours, the provider’s work was restored by 85%.

5. Research as to the safety of using DJI drones in Ukraine confirmed that  the company assists the russians in their attacks against the Ukrainian  unmanned aerial vehicles and against their operators

Because of their aggression against Ukraine and the entire civilized world,  russia and russian specialists in cybersecurity are under sanctions

The USA FCC added “Kaspersky Laboratory” to the list of communication  equipment and services providers that can pose a threat to the United  States. Besides, the platform for bug identification for remuneration  HackerOne that stimulates the search for program mistakes\ is no longer  available for “Kaspersky Laboratory”. 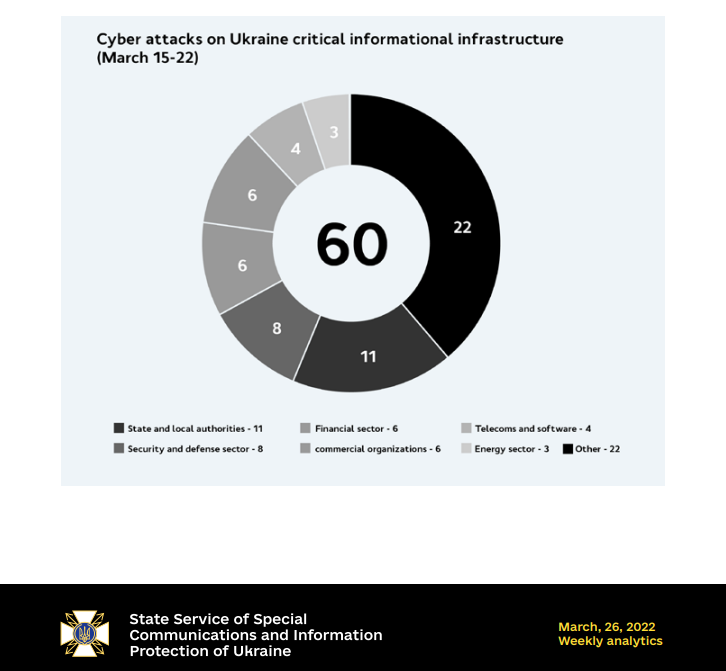 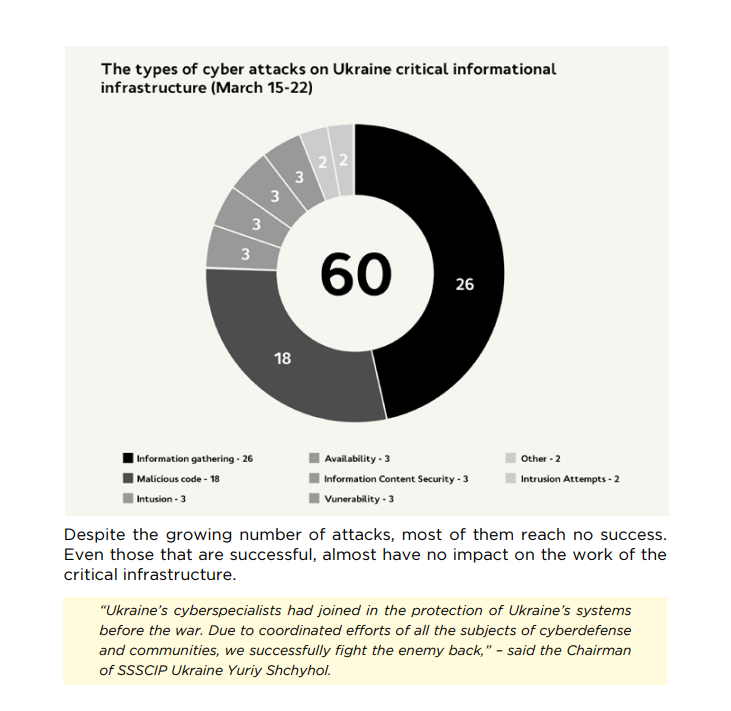