The Ministry of Digital Transformation, together with The Kyiv School of Economics and Ukrainian IT companies have set up a fund to fight disinformation about the war in Ukraine.

The aim of TruthFund.com is to disseminate accurate information about Russia’s war against Ukraine. People across the world have the right to access truthful facts about the events in Ukraine without fabrication and fake news

Since the 24th of February Ukraine has been fighting for its existence across several fronts at the same time. One of these is the information front, and there is a fierce battle for the truth. Combined with its military attack, Russia launched its propaganda machine at full capacity, trying to distort reality to the whole world.

Spreading the truth about the war in Ukraine is crucial for victory and brings us closer to winning every day. The whole world needs to hear about the war crimes currently taking place in Ukraine.

The largest Ukrainian IT companies, with the support of the Ministry of Digital Transformation of Ukraine and in collaboration with the Kyiv School of Economics (KSE), have established a Truth Fund to combat misinformation.

The “Truth Fund” is a team of Ukrainian professionals, part of the information and digital technology industries, that from the first day of war have been fighting against Russian propaganda.

From day one, the fund’s team has been fighting around the clock on the information front and combating the spread of fakes and misinformation produced by the Russian propaganda machine. Thanks to these efforts, millions of Russian and Belarusian citizens receive content daily that exposes the brutal and horrific effects of the war on Ukraine and the crimes committed. Every day, images and notifications fill social channels and media platforms so that as many people as possible learn about the real state of affairs and the consequences of Russian aggression.

The fund is currently launching a fundraising campaign and plans to raise $ 20 million to continue its activities and build the necessary infrastructure to fight against misinformation.

“The Kyiv School of Economics has always supported initiatives aimed at protecting and strengthening Ukraine’s intellectual sovereignty. The way Russia is now trying to destroy this with the help of disinformation is unacceptable. KSE is joining the fight of the Ukrainian IT community and the team of the Ministry of Digital Transformation and will become a partner for the fundraising campaign launched by the Truth Fund” – commenting on the creation of the fund, KSE President Tymofiy Milovanov. 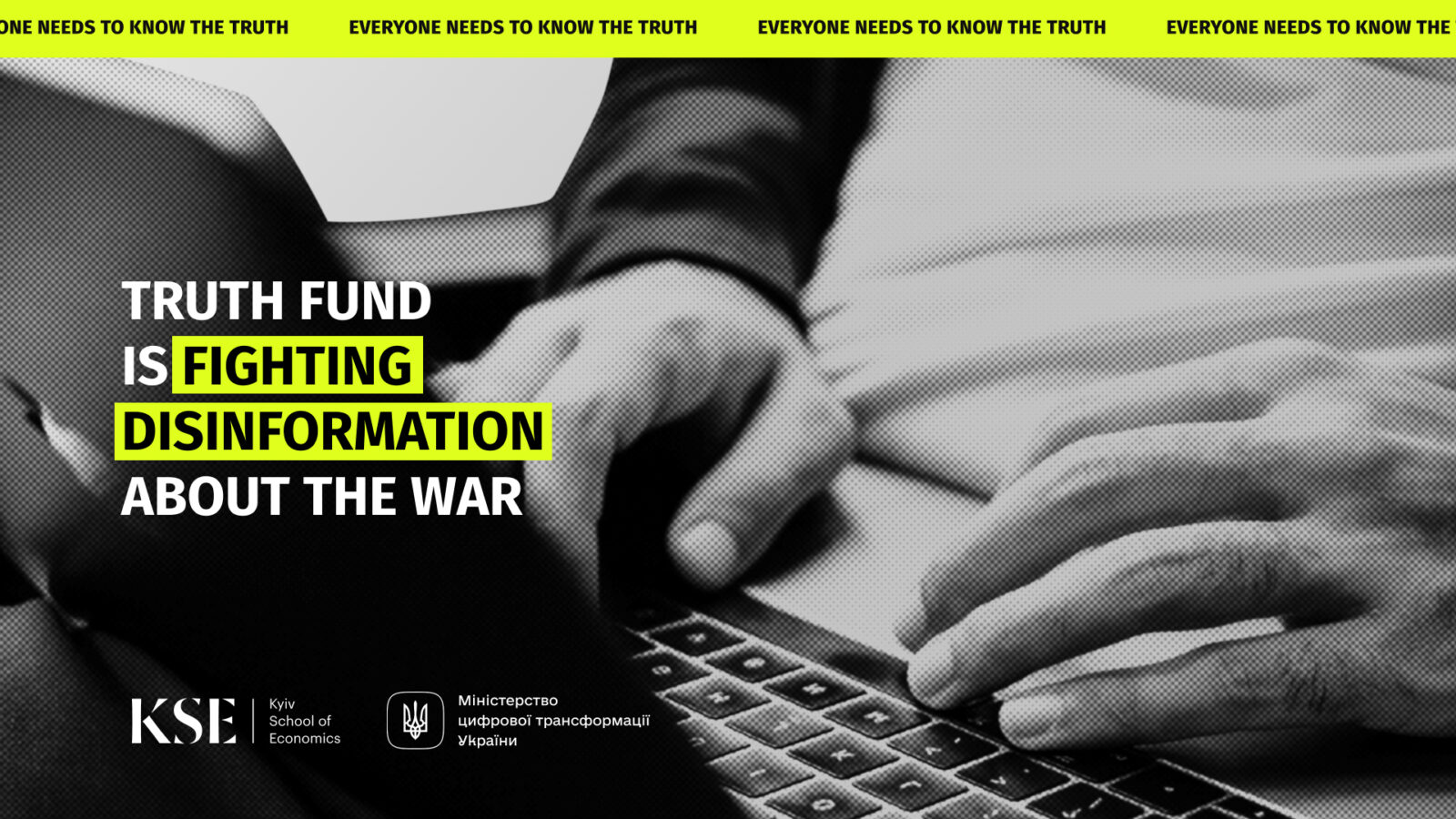