The number of IT specialists in western regions of Ukraine has tripled, Stepan Veselovskyi, CEO of Lviv ІТ Cluster, said today during press conference in Ukraine Media Center.

According to Mr. Veselovskiy, most Ukrainian IT market players have not only successfully relocated their companies from the oblasts where hostilities take place to the western regions, but also managed to restore their pre-war productivity almost completely.

«After the victory, we will have a change in the landscape of technological hubs. Transcarpathia could become the next techno-hub. The hub in the Ivano-Frankivsk region will also be strengthened», – Stepan Veselovskiy is convinced. 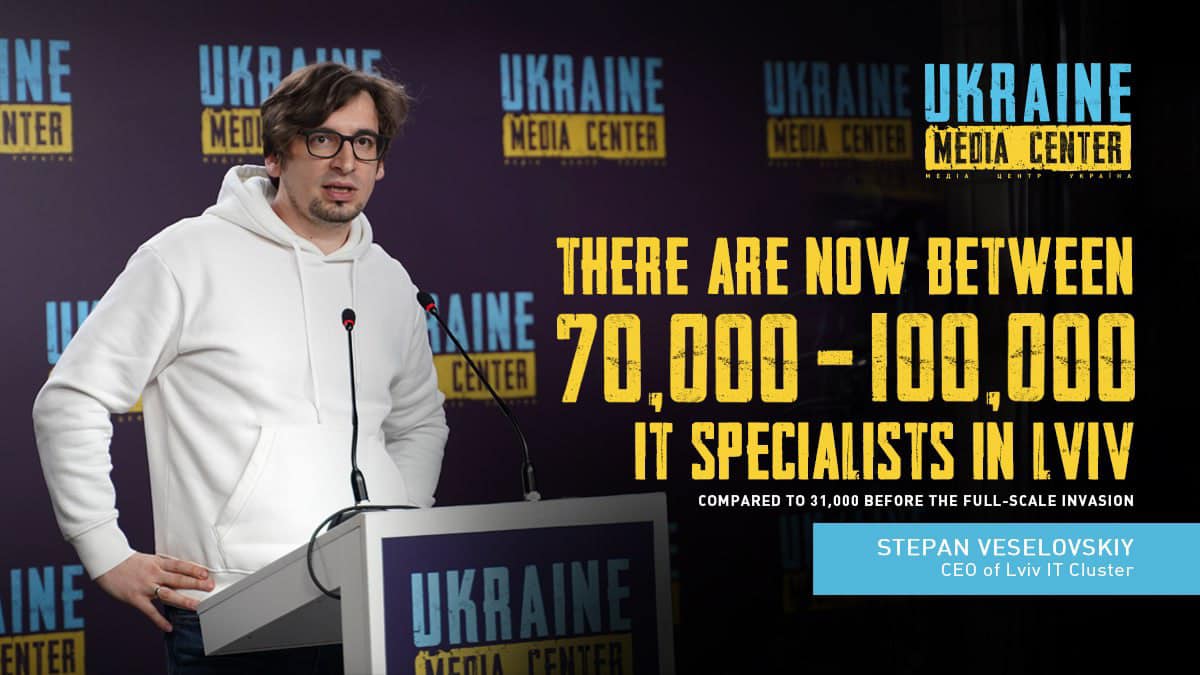