For weeks, a lone mobile base station allowed thousands in the besieged Ukrainian city to stay connected—until Russian troops arrived.

For weeks, Russian troops have held Mariupol under siege—cutting off crucial food, water, and power supplies. Entire neighborhoods have been flattened by Russian shelling and missiles, fires burn through flats, bodies of civilians are scattered through the streets. City officials say Mariupol’s death toll stands at 5,000, and 90 percent of buildings have been damaged, although this has not been independently verified. While hundreds of thousands have escaped, officials estimate that 170,000 people are still trapped in the city, with few ways to tell their loved ones they are still alive.

Since the start of Russia’s unprovoked war against Ukraine in late February, the country’s communications systems have been frequent targets of Russian attacks. Vladimir Putin’s troops have bombed television towers and hit internet providers with disruptive cyberattacks. The assaults cripple people’s ability to communicate with loved ones and find safe locations, but they also stop real-time reporting of the atrocities happening on the ground.

“We have a number of cities that are currently without telecommunications,” SSSCIP, Ukraine’s cybersecurity agency, said on March 29.

Maripuol is one of them. Information can’t get into Mariupol, but it also can’t get out.

“We managed to keep the central site safe until the recent time,” Lutchenko says.

Early on in the war, Ukraine’s telecom providers combined their networks—across the country, 250,000 people from rival networks remain connected to Kyivstar’s systems, the CTO says. But that, too, has been disrupted. LifeCell, another telecoms provider, says its services in Mariupol have been disconnected since February 27. By early March, only the central base station in the Budivel’nykiv Avenue office was online. 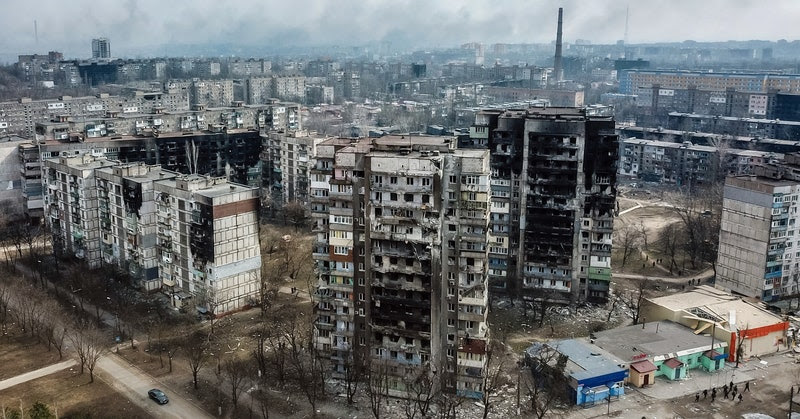