The Ukrainian IT sector is in danger 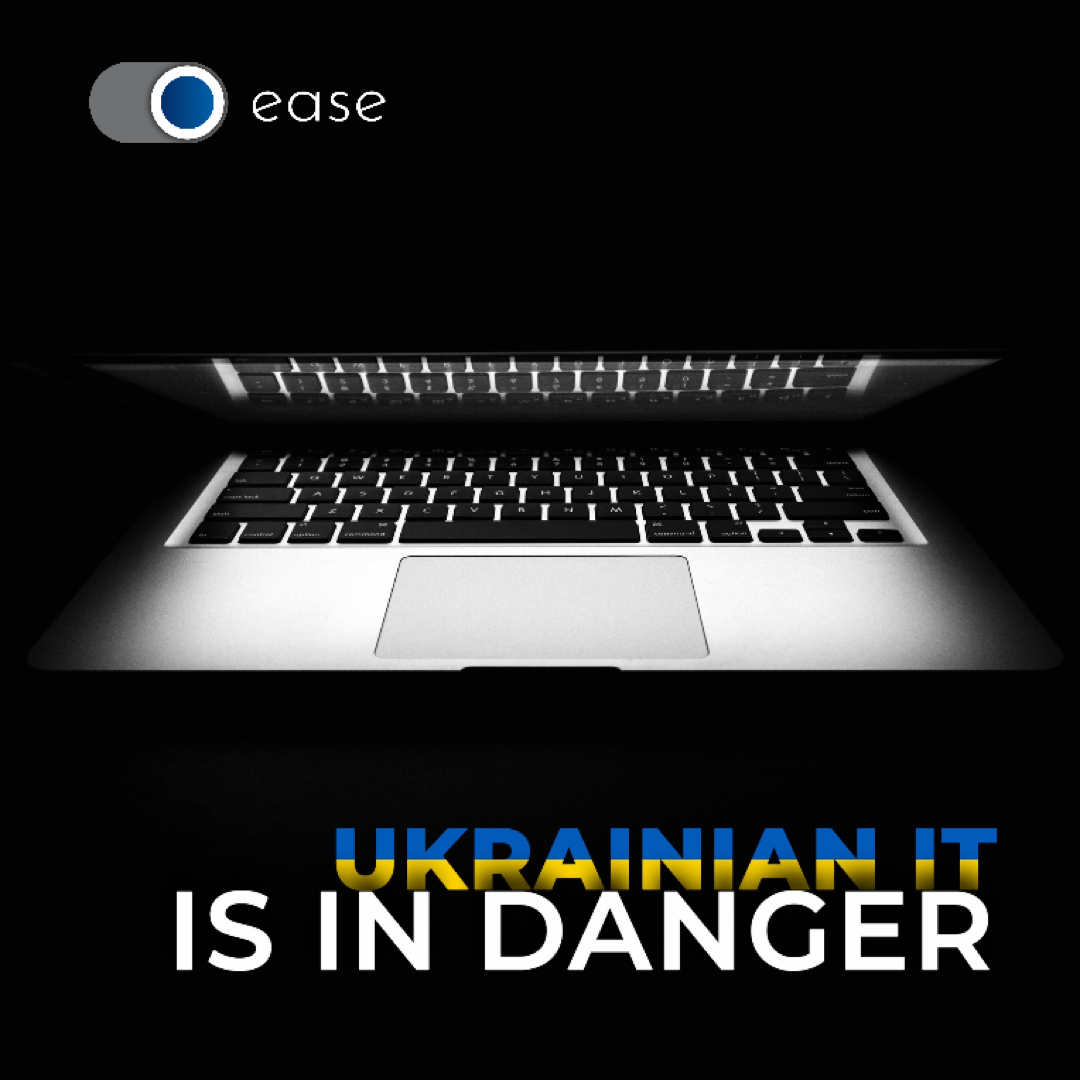 The Ukrainian IT sector is constantly growing from year to year and shows incredible results. Thus, in 2021 the Ukrainian IT industry grew by 36% — from $5 billion in exports to $6.8 billion.

However, with the arrival of the war on the territory of Ukraine, the stable development of the IT sector may stop, and the industry itself may “rollback” 10-15 years ago.

According to Vladislav Savchenko, president of the European Association of Software Engineering EASE, the war has hit IT companies hard.

Foreign companies refuse to sign new contracts with developers from Ukraine because of the war and its risks. Ukrainian IT companies lose up to 80% of orders. We do not make a profit, which means that the country’s budget loses a huge share in taxes and other infusions coming from the IT industry.

According to the latest Doing Business report from the World Bank, in 2020, Ukraine took 64th place, rising by seven positions. It means that our country is becoming more and more attractive to foreign investors if you look at Ukraine’s growth statistics in the report. Such indicators could fall significantly this year due to Russia’s war in Ukraine and the risks seen by foreign customers not only in the IT sector but also in other industries. 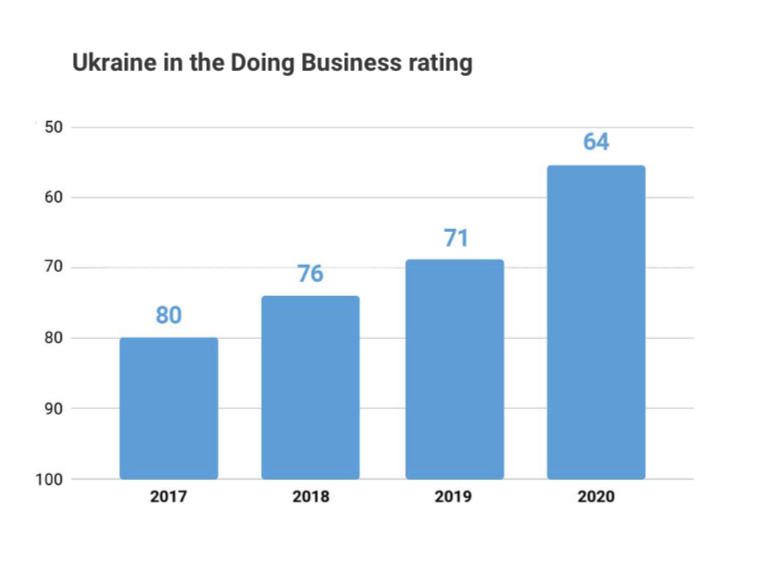 Our association now consists of 50 international IT companies, most of which are from Ukraine. Since the beginning of the war, several resident companies have closed. Due to the lack of new orders, the situation worsens every day. Foreign partners fear an unstable geopolitical situation. According to them, it has a large-scale impact on efficiency. Fortunately, this is not the case. Ukrainian companies do their job without reducing their efficiency. We can work — we want to work.

Liubov Mochalova, CEO of the European Association of Software Engineering EASE, adds that Ukrainian IT works without problems even during the war because the leaders of the companies solved them at the beginning:

During the month of the war, all IT companies in Ukraine resolved the issue of relocating teams to safe places. Thanks to the Ministry of Digital Transformation of Ukraine, we organized Starlink stations that provide a stable Internet. Therefore, the warnings of customers about the risks of non-fulfillment of orders by our developers are unfounded.

She believes that the canceled projects pose a significant risk to the Ukraine IT community, especially for those who do not have a financial cushion. After all, according to an internal EASE survey, every second resident company faces the problem of misunderstandings with foreign partners due to the war, rejection of new projects, and non-renewal of existing contracts.

It is critical to inform the world community that all projects ordered in Ukraine will be implemented qualitatively and on time. Most food companies that have worked in the domestic market continue to work and get results. But service companies have 20-40% of solvent customers. And those who had reserves and some cash flow are very lucky. 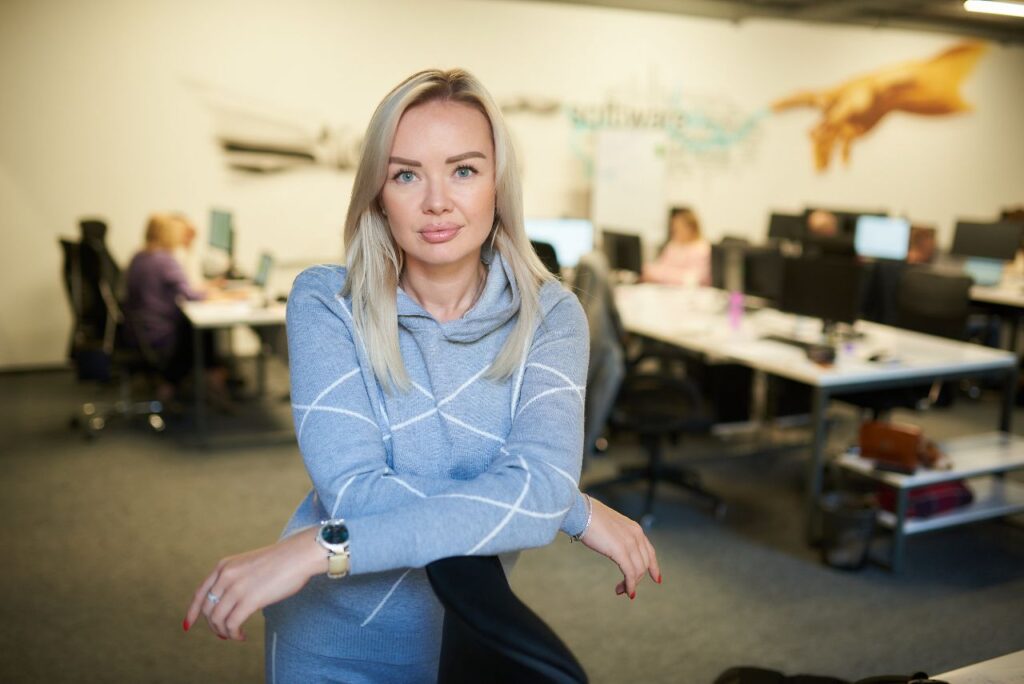 Vladislav Savchenko thinks that if foreign customers do not support Ukrainian IT companies this year, the whole sector will lose the pace of development and go back ten years. Thus, conforming with Beetroot’s forecast, by 2025, the Ukrainian IT market could receive more than $8.4 billion to export its services. However, due to a sharp drop in demand for Ukrainian developers due to the risks caused by the war, Ukraine will not be able to rise to such a level.

Foreign customers do not have a real picture of what is happening in the IT market in Ukraine, they are scared, and it is understandable. But in fact, there are all the conditions for quality and timely execution of orders. 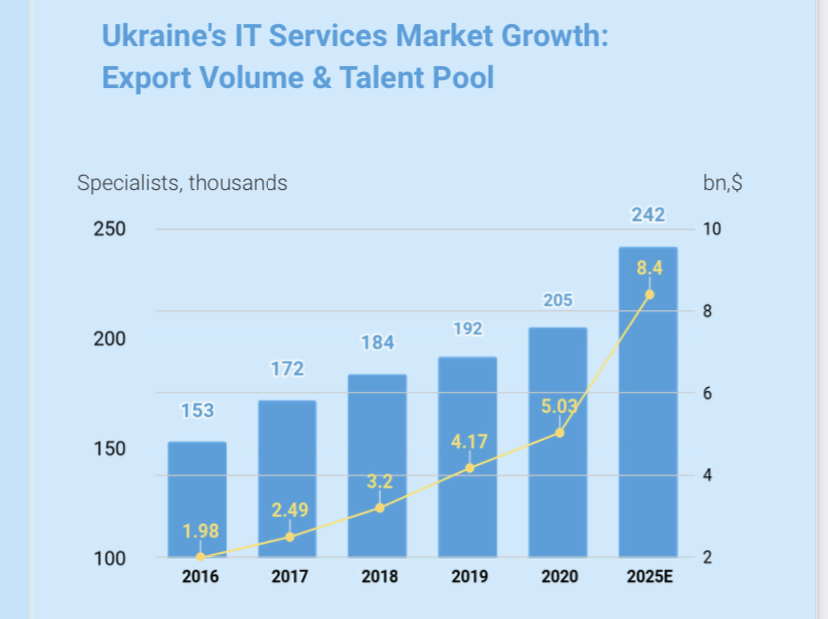