“The country at war: The voice of Ukrainian Startups” survey 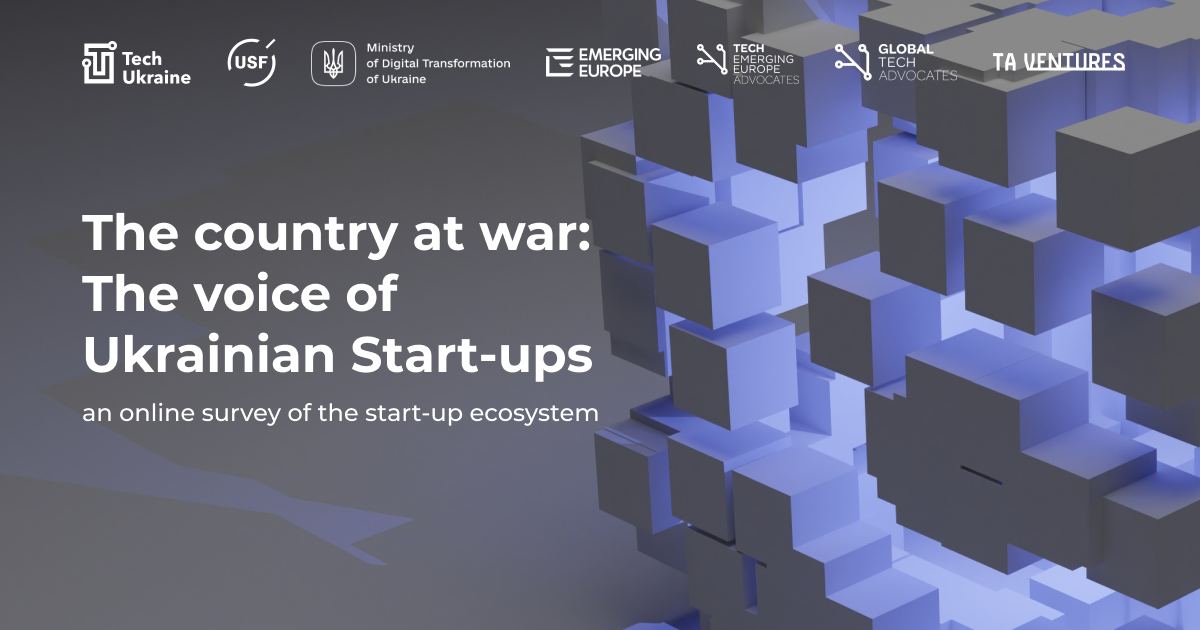 The Ukrainian IT sector has shown incredible resilience, primarily due to its ability to adapt to the realities of war quickly.

The research project is aimed at promoting Ukrainian startups through international media, venture funds and other global stakeholders.

Our goal is to understand the impact of the Russian invasion on Ukrainian startups after four months of heroic resistance, analyze the dynamics of the sector and find the most effective ways of support.

The research covers essential topics such as:

The aggregated results of the survey will be available as part of the publication of the study “The country at war: The voice of Ukrainian Start-ups”.

Take 10 minutes to join the survey — follow the link

Thanks for your answers — Everything is TECHable with Ukraine!

TechUkraine is a platform based on the desire to strengthen the Ukrainian technological ecosystem and bring Ukraine into the leaders of technological countries in the world. TechUkraine focuses on supporting Ukraine’s fast-growing tech ecosystem, driving the cooperation of ecosystem leaders, government officials, business partners, and donors to further support Tech and to spread the word.

Ukrainian Startup Fund is the first state fund, launched in 2018 under the umbrella of the Ministry of Finance, with a mission to provide financial and further assistance in order to promote Ukrainian start-ups and increase their global competitiveness.

Ministry of Digital Transformation is a government ministry in Ukraine that was established on 29 August 2019 with the major projects of the “Country in a smartphone”. Key goals of the Ministry: increase the growth of the IT sector, improve its share of the economy, to increase the export of high-tech products and services from Ukraine.

Emerging Europe is a mission-driven enterprise and a growth hub focused on 23 countries of Central, Eastern, South-Eastern Europe and the South Caucasus. Headquartered in London, with analysts and correspondents on the ground in key locations across the region, Emerging Europe is well-placed to react to major events and set the agenda for constructive debate.

TA Venture is an early-stage venture capital fund founded by Ukrainians backing ambitious founders of technology companies across different verticals in Europe and North America. The VC is based in Kyiv, Frankfurt, London, Boston, and Los Angeles. Since 2010 TA Ventures has invested in 200+ companies, primarily in the US and Europe, alongside top investors and angels.