Robert Potter, Co-CEO of Internet 2.0: “We will be the first overseas cyber company to establish a representative office in Ukraine during the war” 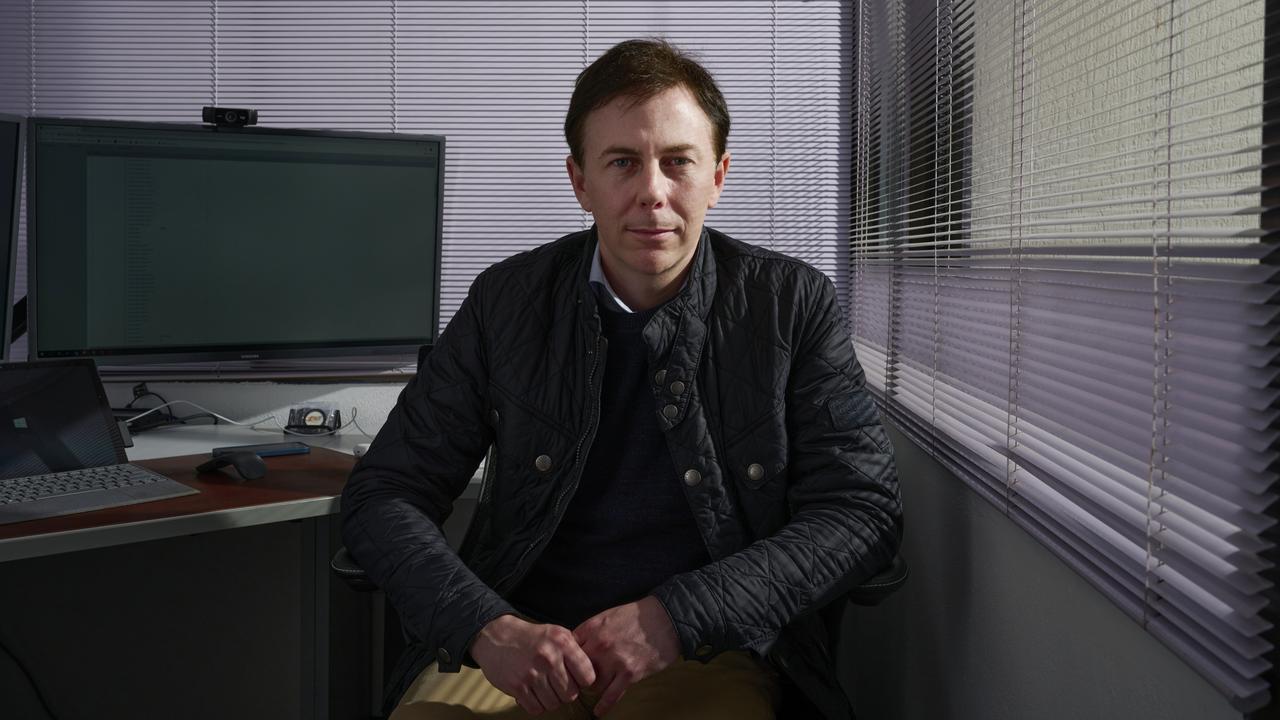 A few weeks ago, Robert Potter, the Co-CEO of a leading joint US and Australian cyber security organization Internet 2.0 and inventor of the company’s core patented technology, visited Ukraine, signed a Memorandum of Understanding with the Ministry of Digital Transformation, and announced the opening of an office in Kyiv.

We asked Robert about the lessons of the first cyber war, training Ukrainian veterans in cyber security, Counter Ransomware Initiative (CRI), hiring Ukrainian specialists, defending democratic security order, and supporting Ukraine from the heart of the country at war — from the Kyiv office. 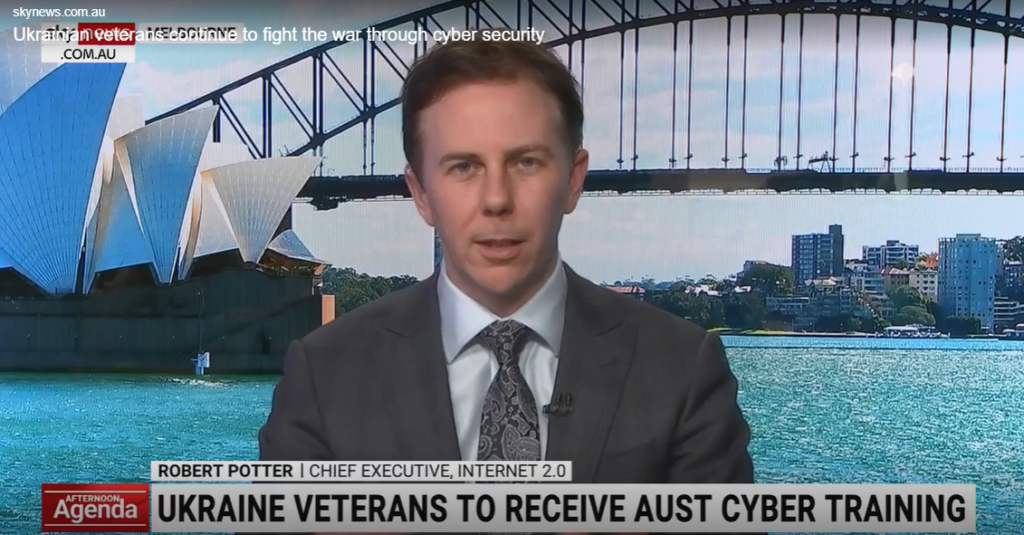 TechUkraine: Yegor Dubinskyi from the Ukrainian government named Internet 2.0 “a leading cybersecurity partner of the Biden administration’s Counter Ransomware Initiative.” How and when did your Ukrainian path start?

Robert Potter: We’ve been helping Ukraine since the full-scale invasion in February. Most of that has been in the form of cyber assistance and training, as well as giving capability and technology to the Ukrainian government.

It was amazing to visit Ukraine, and I’m going to be back again in a few weeks. Most of my team has been in Lviv and Kyiv before because we were running aid assistance since the beginning. It’s a charitable side of the business: we host a number of Ukrainian families at our office in Vienna. So we’ve kind of been highly motivated to support Ukraine because it’s unthinkable that russia invaded, and we want Ukraine to win.

We have a collective security problem. Australia is on the other side of the world, but we are all in the same global security system. And that means that Australia sees security as supporting the global order, which Ukraine is now a major part of.

I think post-war will be a security realignment. And we are looking to ensure that Ukraine will stay a democracy, remain a free country, and not become russia.

And we are incredibly impressed with how you do that!  Everyone in Australia knows about it and what to help.

Most of my team, who works with intelligence operations, wants to do our bit to help Ukraine. 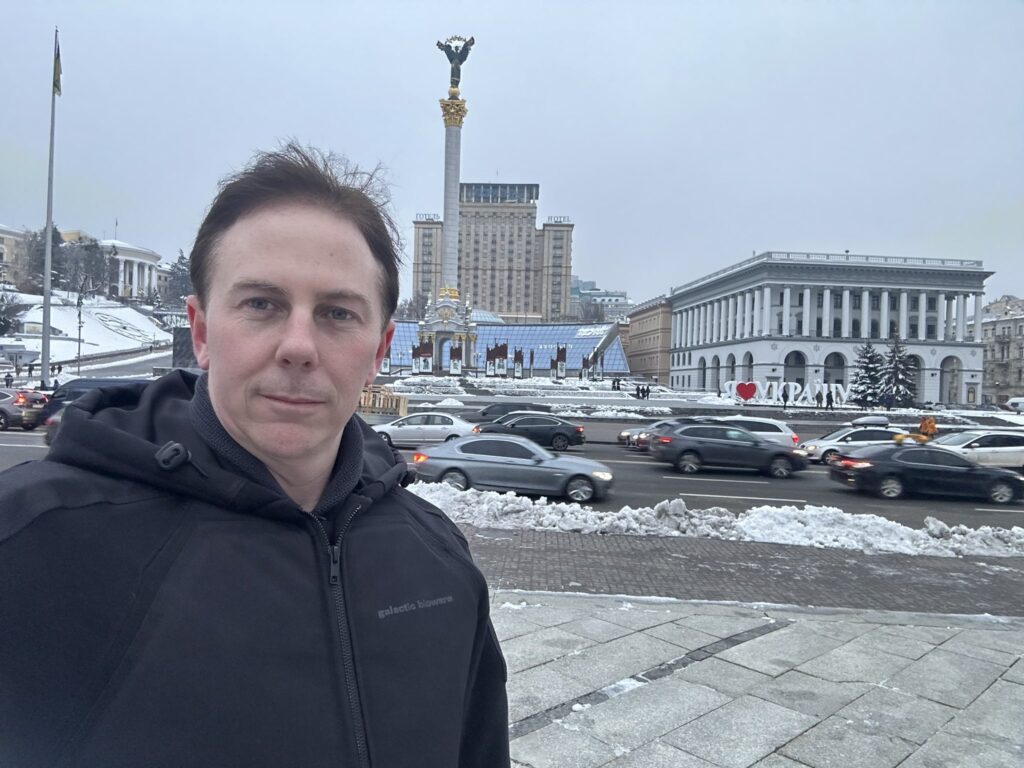 TechUkraine: As a high-level cyber expert, an Australian government hacker, who also worked in GRDF Global, Australia Department of Foreign Affairs and Trade, Washington Post, what do you think about the first global cyber war in Ukraine fueled by the full-scale russian invasion?

Robert Potter: Australia has a lot to contribute to help Ukraine, but we also have a lot to learn. Ukraine is now going through the first-ever cyber war. That doesn’t mean that russians are fighting well, but they are trying. And we have much to learn about how cyberwar looks like. We see it is incredibly innovative in Ukraine, particularly through the IT Army of Ukraine. Prior to the war, I don’t think any country had studied cyberwar, where citizens — regular citizens — joined offensive operations and were hacking enemies.

Unexpectedly, Australian citizens started hacking russia. Since the beginning of the war and up to this day, everage Australian IT kids are sitting and DDoSing russian websites. It wasn’t something we expected.

What motivates people to do that?

People saw Zelenskyy, they saw the siege of Kyiv, the invasion. Australia and the USA saw it all every day and thought, what could I do to help? From there all those “Fuck you putin” and “I will hack you and russia.”

It was new— the mobilization of hacking resources and technical skills— we are studying it now. Ukraine is now the only country it does.

We learn about this conflict in many ways: we think about the future of the cybersecurity in Australia, we are writing the national cyber strategy, we are looking for examples in other countries to structure that strategy.

With the ministry of cyber security, we went through some lessons of this war that are good and relevant for our national defense. TechUkraine: Recently, you and your team have visited Ukraine, signed the Memorandum of Understanding with the Ministry of Digital Transformation of Ukraine, and met with the CERT-UA and State Service of Special Communications and Information Protection of Ukraine. Could you tell more details about previous and further cooperation with Ukraine in cybersecurity?

Robert Potter: During the visit to Ukraine, we met with almost all the Ukrainian government representatives, which covered cyber security issues. The Memorandum of Understanding with the Ministry enabled formal cooperation with my company and the government of Ukraine. A bunch of projects was initiated, some of which relate to hiring cyber capability support for the government. So Australia, Internet 2.0, and the government of Ukraine,– all three parts,– are the participants of CRI, which is called the Counter Ransomware Initiative by President Biden.

I met the Ukrainian delegation, CERT-UA and SBU in the White House [during the 2022 Summit of the Counter Ransomware Initiative that took place in Washington D.C. on 31 October and 1 November]. And we have a project supporting the Australian government, the ransomware initiative. We are cooperating with the Ukrainian government through that as well. We also have a program to train government and private sector cyber professionals. We pilot a few thousand veterans and temporarily displaced people to give them skills and to put them to work in cybersecurity. They are brilliant, super professional, amazing brains wanting to contribute to the war. And we have something to offer and could help these people.

This digital program is the same and runs in Five Eyes Countries (intelligence alliance comprising Australia, Canada, New Zealand, the United Kingdom, and the United States). We trained 30 000 people through that program.

We see huge potential for the pilot for a few thousand (3,500 Ukrainian veterans). We know and understand that when the war is over in Ukraine, it will be the biggest demobilization of soldiers since the Second World War. And we want those soldiers to have the best transition into civilian life that they can possibly have. I’ve seen that done very badly in Australia. For example, I was in the army, and most of us lost friends during that time. What happens after the war – the effects of war – can still kill you and can anger you. So one of the best protections is a meaningful job. The worst scenario is after being a meaningful soldier is doing nothing. The best thing for soldiers’ mental health is to continue contributing in a meaningful way. That’s why cybersecurity skills are super essential to teach. Ukraine needs more cyber professionals, and we could train them.

We initiated that project with the full support of the Ukrainian government. We will kick off it in January. 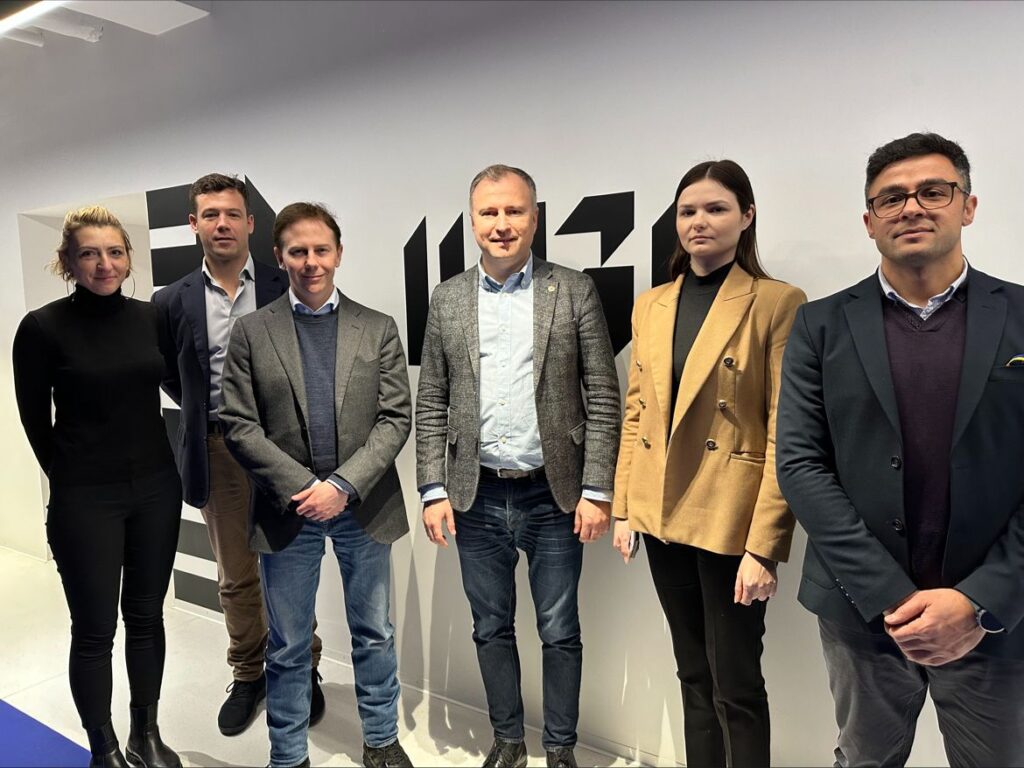 TechUkraine: Why did you decide to open an office in Ukraine during the war? Do you plan to launch unique projects in Kyiv and hire local specialists?

Robert Potter: Opening an office in Ukraine is important for a number of reasons. To be one of the biggest global cyber security companies to open an office in Ukraine during the war also shows Australia’s commitment to Ukraine and being physical with you. It’s a sort of solidarity. We think it’s crucial. I see a bright future for Ukraine.

I have already hired six Ukrainian cybersecurity specialists. They are already working in our team and will be in our Kyiv office. We will hire more.

We hire according to Australian standards: we are not looking for an outsource; we are interested insource. We want Ukrainians to be a part of the continuing development of our product and our technology. And totally important, to ensure we maintain arm. As I say, we have a lot to teach Ukraine, but we have a lot to learn as well.

Also, it is essential to talk now about the future of Ukraine and it’s economy.

We are not a billion-dollar company yet, not Amazon. Internet 2.0 is $ 250 million, which is not small, but we could make a difference. If we spend money on software development, we rather want to contribute to the economy in the place we are.

We are a profitable company. It’s part of my obligation as the tech leader in cyber to support an economy like Ukraine.

In early January, we will open our office in Kyiv. And we want to be the first, and luckily we are. 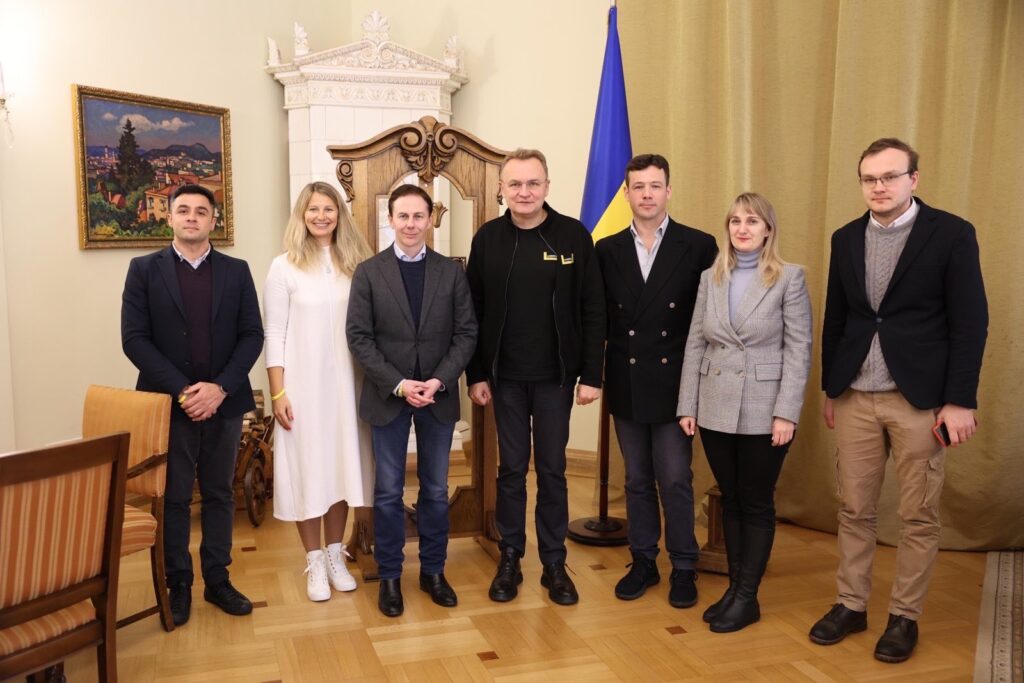 TechUkraine: How tech, especially cyber, could help to win the war?

Robert Potter: We do everything we can to defend Ukraine against cyber attacks. I don’t think a cyber could win a war. The air force couldn’t win the war. There is no substitute that it could win the main fight on the ground. America previously tried to force on the air, but they didn’t win them that way. This is now a substitute for victory on the ground but cyber, like intelligence operations and air forces, is a major supporting element to the military capability of Ukraine. Our contribution to Ukraine could be training cyber specialists and provisioning our technology. So Ukraine has every chance of winning. Make sure that Putin could huck your critical infrastructure, and we provide that technology from the beginning of the war. We help Ukraine to be resilient against russian hackers.

Unlike all other elements of the Ukrainian military, cyber will be the marker after the war.

After people finish driving tanks, they will learn new skills after the war. The people who make the cyber war could be the backbone of the economy, i.e. there is a huge growing market for cyber skills.

We are your partner during the war,— we will be with you anyway,— and we see ourselves as your partner after the war.

Thanks to Mykhailo Gavrylyuk for the support!