Ajax is a smart wireless security system engineered to protect commercial and residential properties of any scale.

Ajax is a smart wireless security system engineered to protect commercial and residential properties of any scale. Ajax detectors react to burglars, fire and flooding. If trouble comes, the system immediately activates the sirens, alerts all of the users via mobile app, and requests for help from the alarm response company.

How does Ajax work?

The system is designed to speed up the commercial installation process for the professionals and provide the end-users with easy to use experience. The Ajax wireless detectors don’t cover the walls with cables and seamlessly fit any interior.

Jeweller radio protocol unites all of the Ajax system devices into a securely encrypted wireless network to deliver immediate alarms. The proprietary two-way radio communication technology allows the detectors to operate up to 7 years on the pre-installed batteries and establishes a reliable connection even in the multi-storey buildings (up to 2,000 m).

In 2011 Ajax Systems was only an ambitious idea. At a tiny place in Kyiv, Ukraine, five engineers lead by Aleksandr Konotopskyi (CEO) gathered to develop, assemble and test  the Ajax MVP. Regularly communicating with industry professionals and businesses, they managed to deliver a viable solution. With Ajax, the security service providers were able to open the new markets and grow quicker than with the legacy systems.

Today the Ajax Systems assembly line produces more than 250,000 devices per month. We have grown 30-fold in the past three years and currently employ over 800 people. The company has delivered over 2 million units worldwide. All of them are developed, assembled, and tested in Kyiv, Ukraine. Over 400,000 people in 93 countries protect their homes and businesses with Ajax already. And 1129 alarm response companies react to Ajax alarms. 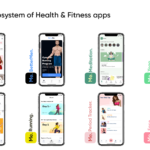 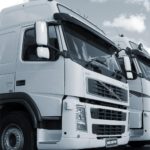