It’s not about remote work, it’s about building great communities 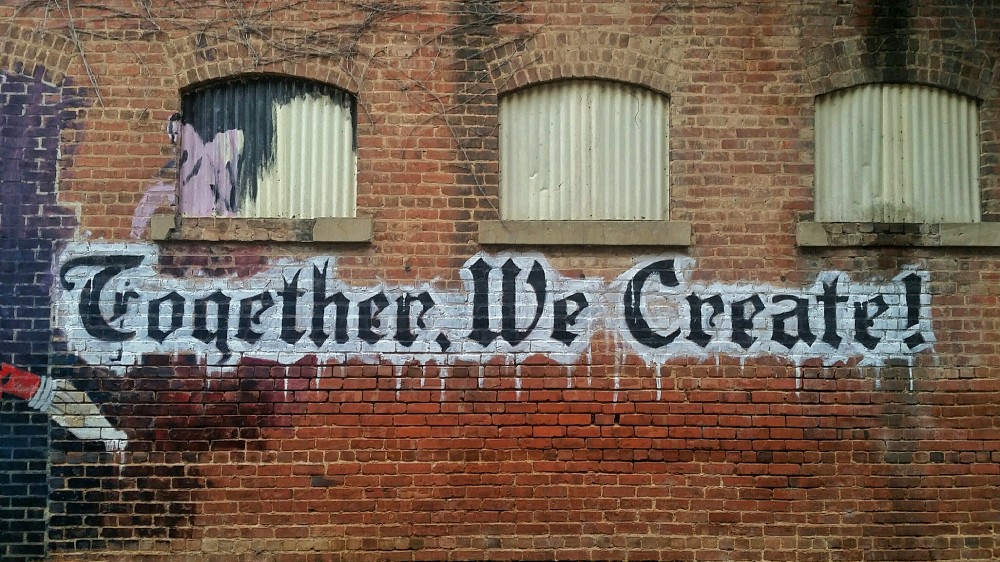 When Steve Jobs created Pixar, he had a clear vision of how he wanted people to work together and it didn’t involve people working from home, on the contrary. His vision is that innovation happens by accident when people from very diverse horizons bump into each other and are obliged to share ideas. He called that “collision”, which is in my sense the step just before collaboration. So he decided to design the headquarters of Pixar, in Emeryville California, with an oversized atrium where everybody would have to go and mingle to move from one place of the building to another. There was no choice but to meet people from other departments.

The virtue of collision

Many other leaders got inspired by Steve Jobs’ vision of collision. My favorite is Tony Hsieh, the founder of Zappos (bought by Amazon) in Las Vegas. Zappos is a very famous eCommerce company selling originally shoes in the US (and now also clothing). And Tony always pushes his radical ideas to their maximum capacities. He is famous for his book, Delivering Happiness. Designing his headquarters in what used to be the City Hall of Las Vegas, Tony decided that all of his 700 local employees would have to enter and exit the building by a very very small entrance. Literally obliging them to collide into each other! And then “forcing” creativity and collaboration!

Designing UNIT.City we are very inspired by those examples because we strongly believe in collaboration and our residents see the benefit of it. 68% of the companies in UNIT.City has projects together, just because they met on our campus! They met at our events, in our shuttle buses, in our Café or just walking outside! The collision creates value: new ideas, new teams, new projects.

As you can see, at the center of everything is collaboration. And so the question…Can we collaborate from home, without interactions? Is remote work here to stay or is it just a phase or will it be a sort of “in-between” where we work from home some days and at the office some others?

Remote work and collaboration: an increase of productivity and a decrease of creativity

During that period of quarantine, we saw what I call the “knowledge companies” (mostly, all the companies who don’t build things in a physical environment such as a factory, a lab, a restaurant…) moving from office work to remote work. Which means, mostly working on a spare desk, in a small room or in your living room, surrendered by your family if you are not single.

Internal studies made by tech companies such as Facebook or Microsoft show that the global productivity of the tech companies increased during that period, by up to 30%! With no commute, no wasted time in useless meetings (well…except Zoom meeting), we have just been able to get more things done. Add to that the “fear” of losing our jobs, and the willingness to show to our colleagues that we are useful and important….We also all knew that this would end!

The most visible example of companies using remote work is of course tech companies. Because when you are a developer you mostly need a computer and a good internet connection and your location doesn’t fully matter. There is already a culture of remote working in the tech community. So for the larger tech companies from Silicon Valley, such as Twitter, Facebook, or Google, the switch was not too complex. Twitter announced that people who want it would be able to keep working remotely forever and Facebook will offer that option to its employees as well. With probably a salary adjustment but that another story…

In the meantime, we also saw 25% of the employees of Airbnb losing their job, and employees from Uber being fired via zoom, with no chance to discuss or share.

And all of our colleagues started to miss speaking to each other, working in a real collaborative way…and if we see productivity increasing, we also see creativity decreasing! We are individually more efficient but we are collectively not working together as we use too…and we all miss it deeply!

So the real need is being together as a community, and so far, virtual communities don’t seem yet to be as creative and efficient than the virtual ones. Virtual tools are great to organize communities (and they are powerful, as we can see during any large scale events such as revolution or the Black Life Matter global movement for example), but at the end…people need to physically go on the street!

How do we create great working communities?

Working from home is in fact not the issue. We can be at a café, at a coworking space or at the beach…it doesn’t really matter. What matters is that we are not together, bumping into each other and having ideas of “the next big thing”! In our new century, we need to adapt the way we work of course to new realities. Teams are more and more often separated because they are in different locations.

So the real question is not where we work…but how we collaborate the best, as it is the key success factor for creativity. As we know we will see more and more hybrid models as we saw that remote work is good for productivity. But that’s not enough.

One of the questions we will face is the constant blending of physical and virtual reality in our daily lives. And it will of course be the same in our working environment. But we don’t yet have the right digital tools to create really strong communities, that we absolutely need to collaborate and be creative at work. So no, the office space is not dead. It is evolving, and most companies will allow some mix of work between remote and in the office. But the time when everybody can work from the beach has not yet arrived and we just need to see the traffic building up very quickly in the streets of Kyiv after the Quarantine to understand that the old habits are not dead…yet!