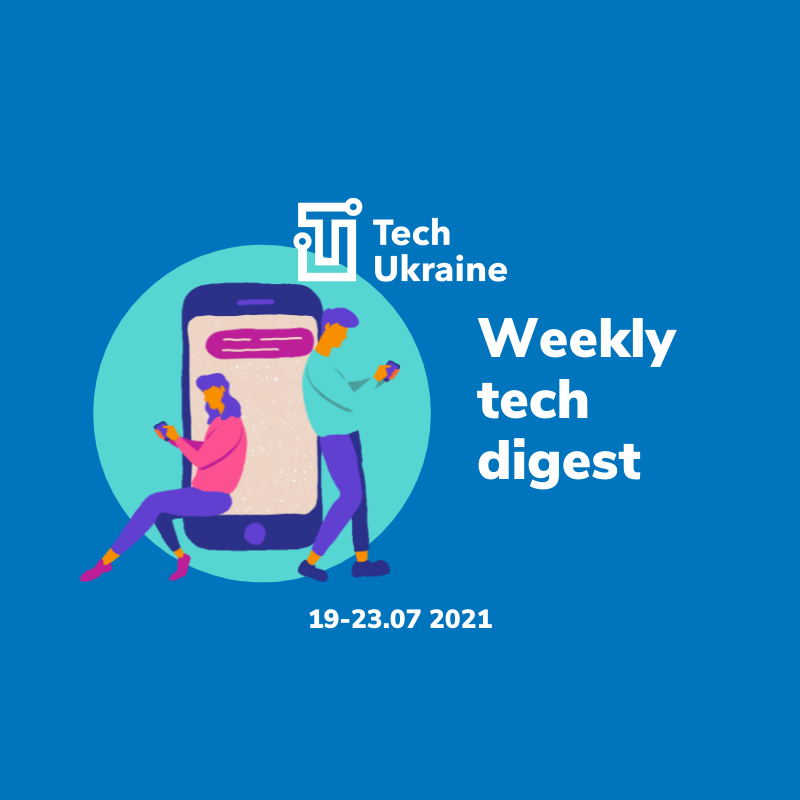 What has happened in the Ukrainian tech market during the 19-23 of July 2021?

London-based gamedev studio Product Madness opened the second R&D office in Lviv. The company will double the number of employees in Lviv – up to 200 – read

An American FoodTech startup founded by Ukrainians Allset, raised a new round of investment from Genesis Investments, the Garage Syndicate LLC, and Andreessen Horowitz. The amount is undisclosed – read

A no-code platform for analytics and machine learning startup Datrics.AI raised a new round of investment from a Kyiv-based venture capital fund ICU. The terms of the investment are not disclosed – read

The winners of the Innovating Justice Challenge 2021 by HiiL that received € 10,000 each: Consultant, Cality app, Legal Design – read

The Digital Transformation Ministry of Ukraine will cooperate with Amazon Web Services to accelerate the development of cloud technologies in the country, digital transformation and innovation – read

The Ukrainian parliament voted in the first reading for a bill that allows foreign tech specialists to register businesses and pay taxes in Ukraine online. The so-called e-residency is expected to bring $1.5 million to the state budget annually, according to Ukraine’s Minister of Digital Transformation Mykhailo Fedorov – read

The Government supported the decision to start the process of establishing Industry Centers 4.0 in the regions. Such centers will be created on the basis of industrial and science parks as well as universities. The main task of Industry Centers 4.0 is to coordinate the process of implementation and development of advanced technologies, training of specialists, forming links between the business that develops modern technologies and manufacturing enterprises – read