Ukraine is grateful for the support it has received, but it is not enough. You must help us win this war, because we are fighting not just for Ukraine, but for Europe. If we lose, you will be next.

Ukraine has always been close to the European Union. As long ago as the Middle Ages, our own state of Kyiv Rus was connected to what is today the EU by trade and by close family relations, as the daughters of our noble families married into European royalty.

But then came Russia, and so began our 400-year fight to regain our political and economic independence, something which was finally achieved, after several attempts, only when the Soviet Union fell apart.

We have not always managed this independence well. The problems of the post-Soviet system were many, but year by year we freed ourselves from their damaging influence to become what we have always been – a strong independent country of European values and aspirations.

Ukraine now offers Europe the opportunity not only to help a neighbour in need. It is a chance for Europe to become even stronger. Ukraine is a huge territory with vast fertile lands, an abundance of minerals, clever, educated people, a strong military, a well-developed tech scene, a shared European mentality and governed by European values.

What is happening now in Ukraine is not just a war between two countries, but a conflict between two different sets of values. One represents the very values upon which Western civilisation is built. Freedom of speech and thought, individual development, respect of property rights, respect for the boundaries of people and countries, democracy, an understanding of common good and the power of communities, humanity; the list can go on.

Losing Ukraine will undermine these values: not only in the EU, but throughout the world. We can’t allow this to happen. What’s more, winning this war and defeating Russia could make Moscow reconsider the effectiveness of its own system. We are its neighbours and we would be the first to welcome such a turn of events. A Russia with a European mentality will make the EU even stronger in the long-term. But in order to make this happen Russia, with its current strategy, needs to lose.

As things stand now, Russia clearly wants us back. It needs Ukraine to restore the power of its empire. And as the empire grows, what will follow are attacks on other countries. Don’t deceive yourselves: if we lose, you will be next.

It is in our common interest for the EU to support us in our fight rather than to risk its own cities, civilians, economy and its whole future in a fight with Russia – which is what the EU will get if Russia wins in Ukraine. We just can’t allow this to happen.

Show us your true support. In democracies free citizens can influence their politicians and change the agenda. Show us that democracy still works in your countries, and that values and strategic long-term thinking prevail over bureaucracy, cautiousness, and commercial interests.

Act now, because now is really the time.

Read more of the article by Nataly Veremeeva via Emerging Europe 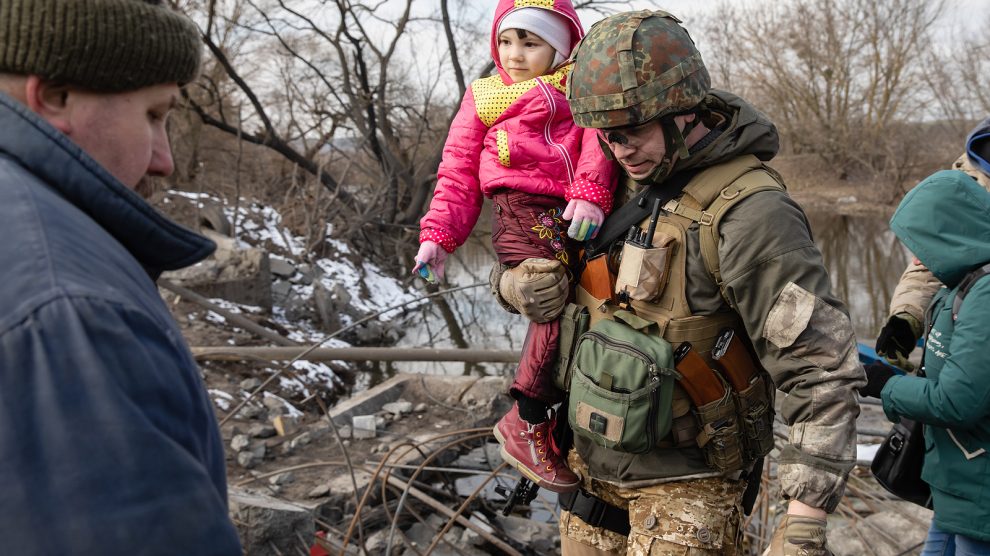