Russian forces in Ukraine are falling victim to things that go bang in the night. There have been several accounts of Aerorozvidka, a tactical drone unit in Ukraine’s army with the Latin motto “Non dormies” (You will not sleep), striking Russian units under the cover of darkness. Small drones equipped with thermal imagers are able to locate Russian vehicles from their heat signals—engines are often kept running in freezing conditions—and bomb them with Soviet-era anti-tank grenades. Videos of such attacks suggest the Russians are unable to detect them. But modern armies have long used night-vision technology. Why is Russia’s invasion force struggling to see in the dark?

The first military night-vision systems, from the second world war, used infra-red searchlights whose sweep could be seen only by special detectors. These worked well unless the enemy also had infra-red sensors, in which case the user stood out like a beacon. Modern armies have two types of night-vision gear that avoid this problem. Thermal imagers, as used by Aerorozvidka, detect the infra-red radiation given off by warm objects and display it using bright colours. Others use a device called a photomultiplier to turn light into electrical signals, in effect amplifying what little light is available. These turn the world an eerie monochrome green. 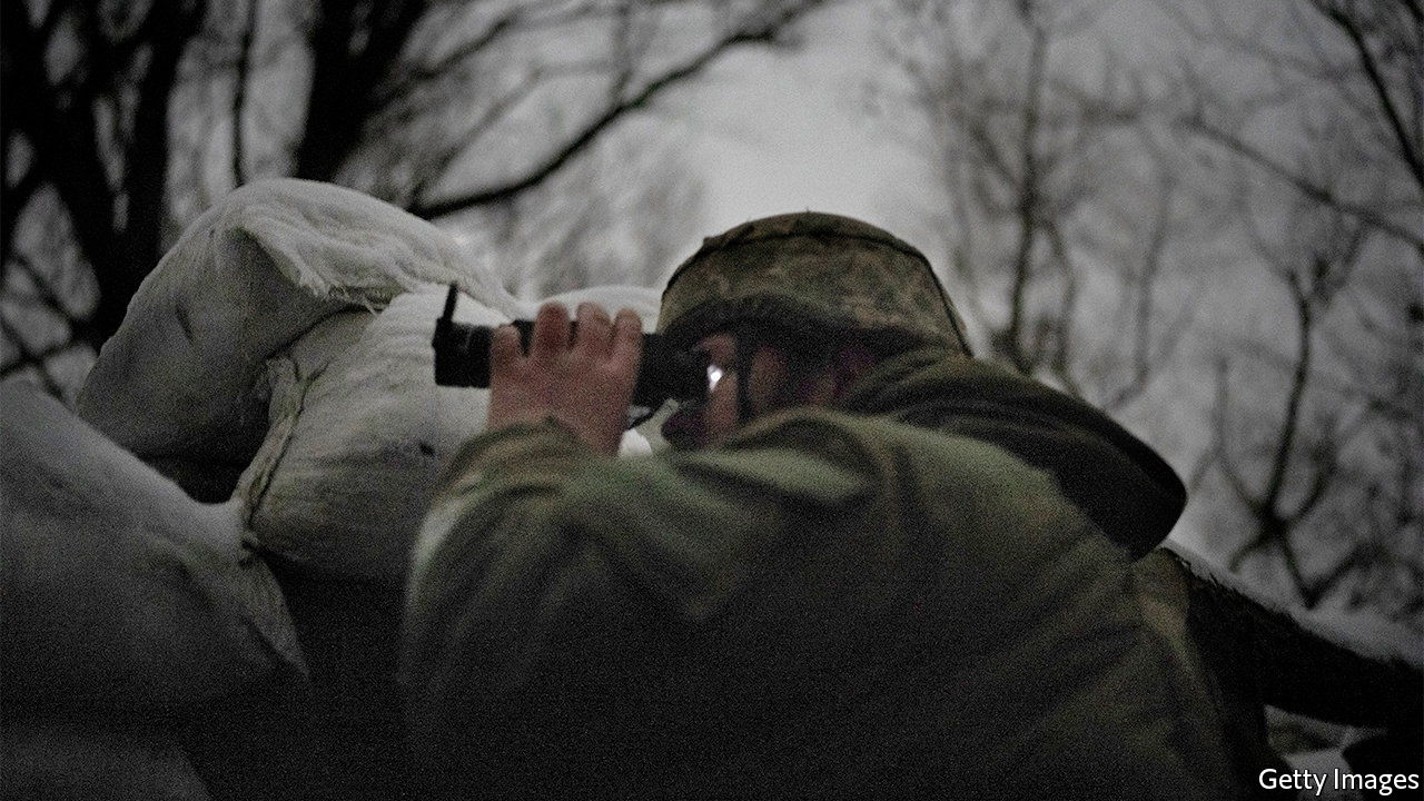