Report by the Cyber Rapid Response Team of the State Cyber Defense Center – Q1 analytics, May 27, 2022

The Cyber Rapid Response Team of the SSSCIP State Cyber Defense Center published a REPORT ON THE PERFORMANCE OF THE VULNERABILITY DETECTION AND CYBER INCIDENT RESPONSE SYSTEM in Q1 2022.

In the first three months of the current year, the system recorded 14 million suspicious cybersecurity events, of which 78 thousand were treated as critical. 40 cyber incidents were reported in total. 63% of the suspicious events were detected within ministries and organizations, 35% affected regional government administrations.

The most widespread categories of events included:

The most active groups that attacked Ukraine in Q1 2022 were representatives of the russian federation, some of them are military-related:

The full report in via SSSCIP
All reports here 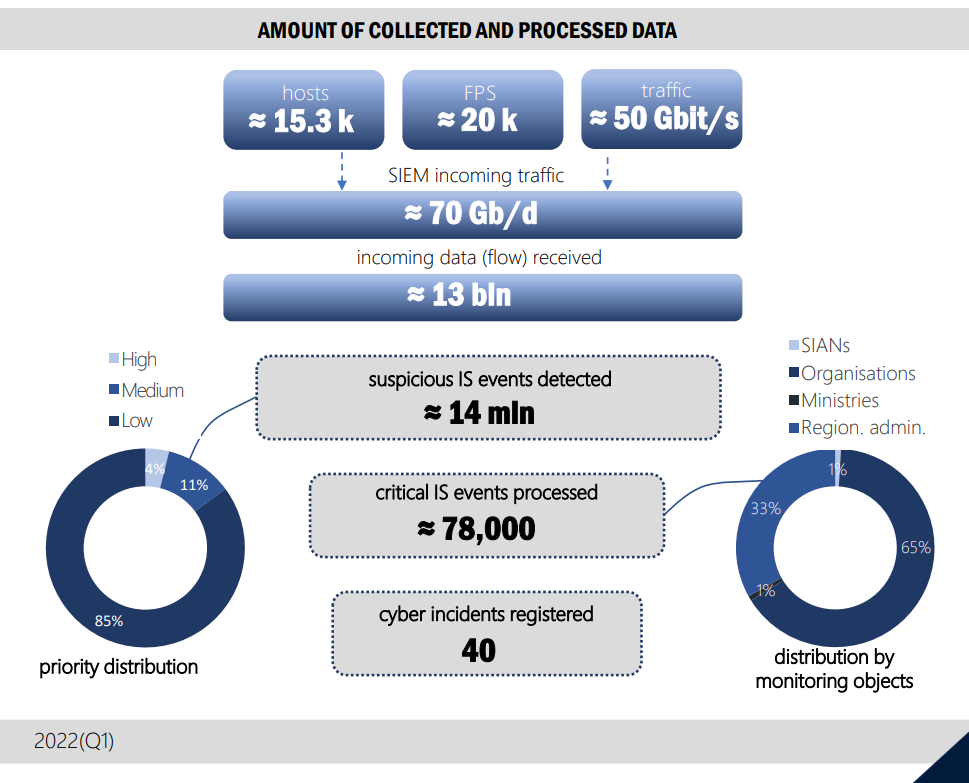 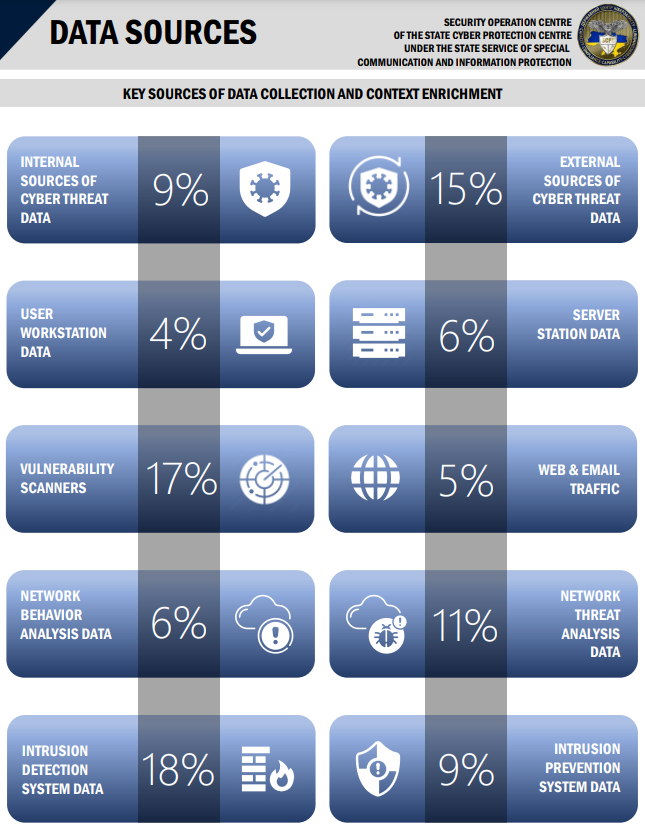 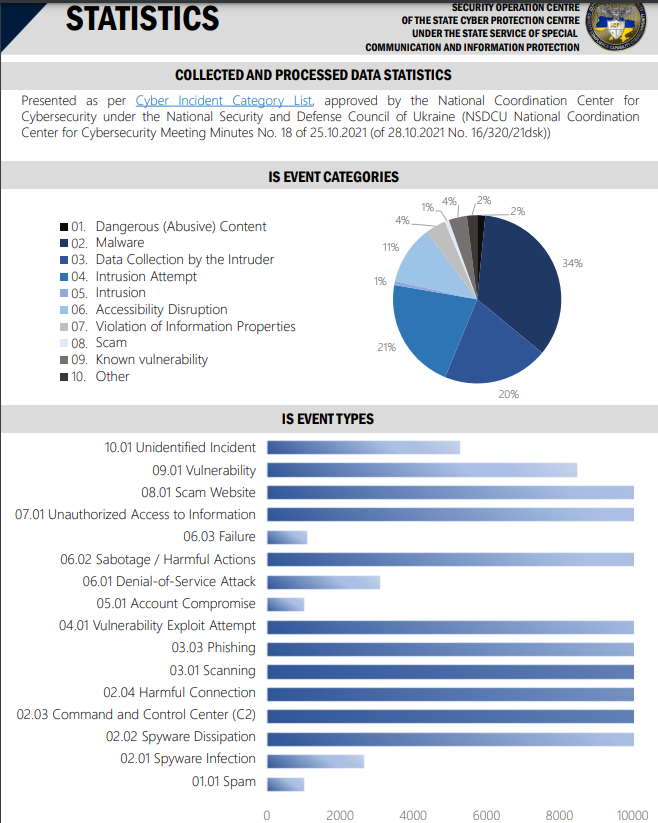 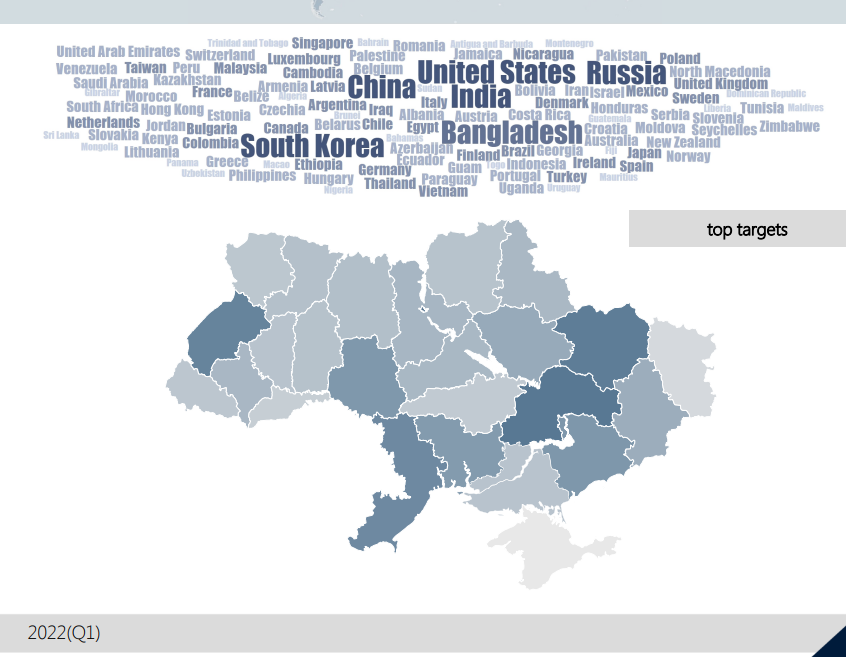